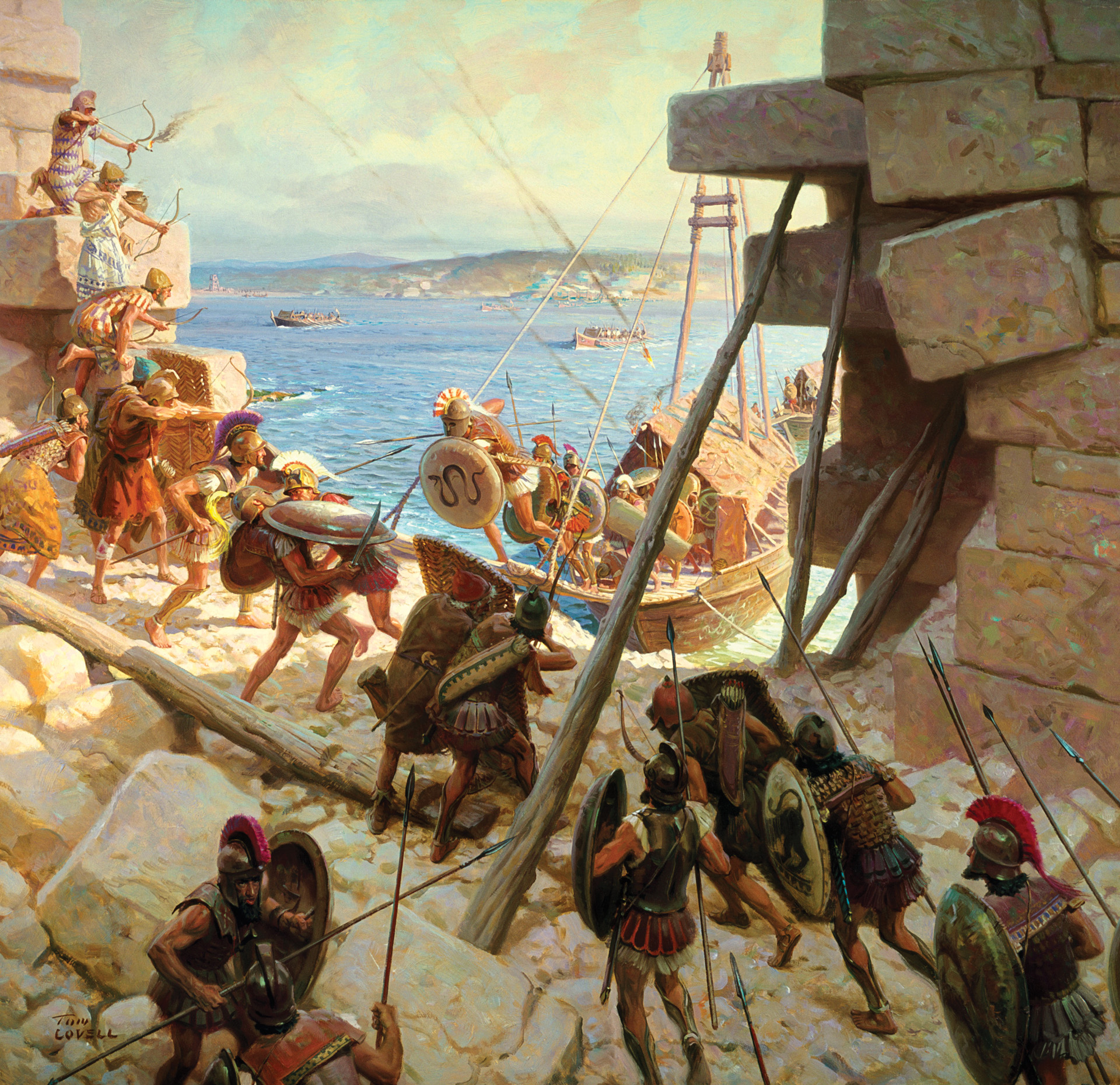 Photo Credit: Alexander the Great’s soldiers are shown attacking Tyre in a modern illustration. Simultaneous attacks by Alexander’s fleet on both of the city’s harbors after six months of fighting put an impossible strain on the Tyrians’ resources.

﻿The island city of Tyre posed a major obstacle to Alexander the Great’s campaign of conquest. But the Phoenicians proved no match for the resourceful Macedonians.

By Alexander Zakrzewski As Alexander the Great marched his army south along the Levantine coast in January 332 bc, he must have felt as if the fates were unquestionably on his side. Two years earlier, he had led his army across the Hellespont to do the unthinkable and challenge the might of Persian King Darius, whose massive empire stretched from the Balkans all the way to the Indian frontier. Despite their great numbers, the Persian forces were quickly overwhelmed by the brilliant 24-year-old