Taking plenty of inspiration from SWAT games with turn-based tactics, the aptly titled Tactical Combat Department recently entered Early Access to give players a taste of its unique brand of strategy. Developed by LukasH, this one has you taking control of a special intervention squad that enters dangerous situations and locations to take down armed opponents while taking collateral damage and the constraints of realistic physics into consideration.

Each area of Tactical Combat Department places opponents in randomly generated positions, so it’s never as simple as memorizing the layouts and where enemies tend to remain for the duration of certain levels. You’ll need to tread carefully, as well, because enemies respond to loud noises and follow what they see, letting their own teammates know where you are so they can get the jump on you and your squad.

Enemy behavior isn’t the only aspect of Tactical Combat Department that has its roots in realism. The shooting system’s trajectory is all about the accuracy of each individual unit, with distance playing a significant role in whether or not your shots will hit the mark or stray and strike other, unintended targets nearby. That’s one of the reasons it’s so important to identify and secure suspects and civilians as soon as you’re able to in each mission. After all, you only see what your team members see thanks to the Fog of War, so you have to proceed carefully in every situation and make your decisions count. 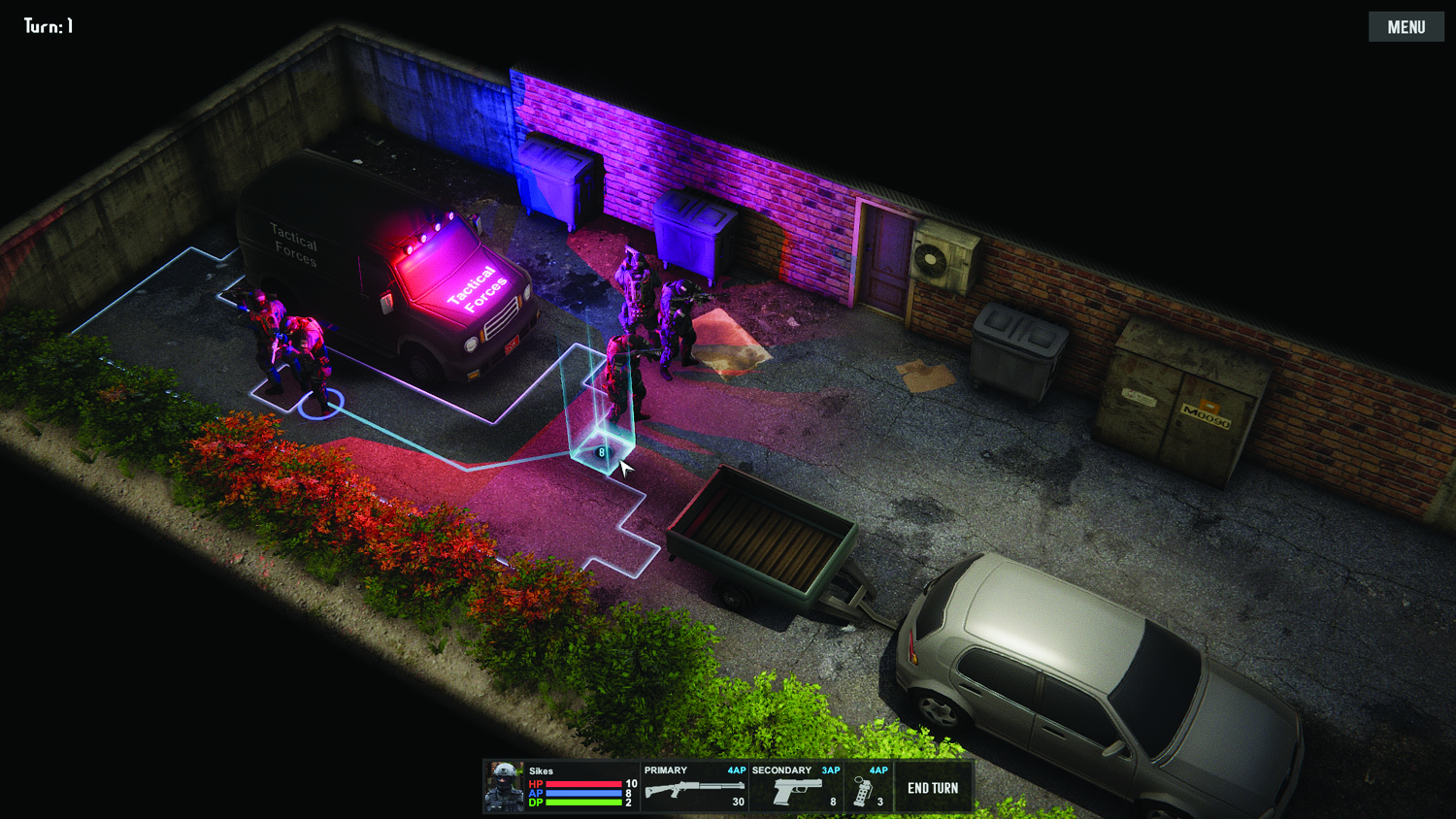 Even the way you open doors plays into this thoughtful layer of strategy. For instance, before entering a room, you can opt to use a camera to check the number and location of the enemies within. You can then decide on how you plan to make your way inside. If the door is locked, you’ll need to use a special multifunctional tool to break in. Even if it’s not, you don’t have to go in guns blazing, which might not always be the smartest route to take in the end. Carefully open doors to get the drop on those within and prioritize the protection of those who aren’t your immediate targets.

At the time of this writing, Tactical Combat Department is still in Early Access and looking for feedback from players to make improvements prior to release. Once the time comes, the team plans on adding new missions and weapons, as well as other types of missions, environments, more enemy types, improved AI, and more. If you fancy giving this one a spin, you may still be able to provide your own feedback by the time this issue is in your hands.