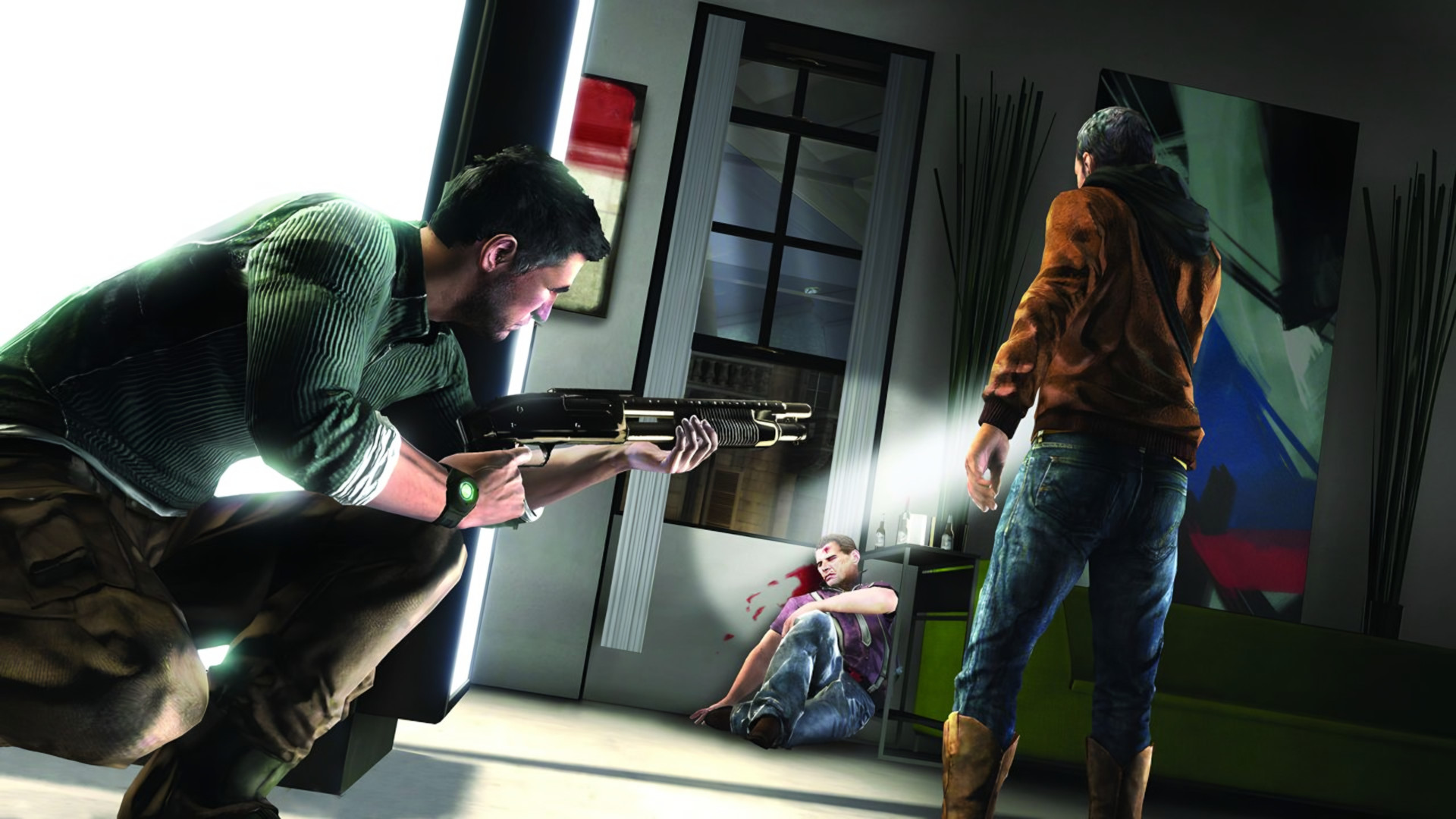 We slink back into the shadows to check out Splinter Cell: Conviction, Tom Clancy’s spy thriller.

Sam Fisher sits quietly, getting himself primed for some serious infiltration. Before him: a hallway thick with patrol—professional operatives trained to near robotic perfection, ready to sniff out any enemy intruders. After scoping out the situation, Sam flips on his goggles, steps out into the tick of it and runs like a madman as he triggers a portable EMP device, blacking out electrical signals and confusing all around him. After a brief lapse in communication, the officers question aloud where Sam may be. Unbeknownst to them, he’s right behind a desk about 10 feet away from the nearest guard; he couldn’t have made it much farther without running into the next patrol gauntlet.

Here comes the fun part. The guards roam the offices and halls, shouting out menacing and profanity-laden warnings to Sam. “Show your face, Fisher!” “Come on, old man, I know you’re around here!” They’ll never find him, though. Sam can easily pick them off one by one, and even if he’s discovered, a quick slip into the shadows will get things back to normal in no time.

Such is the nature of stealth gameplay in the latest entry of the Splinter Cell series. Pop out, snap some necks, and pop right back into the darkness with the same clumsy-cool slide as before. 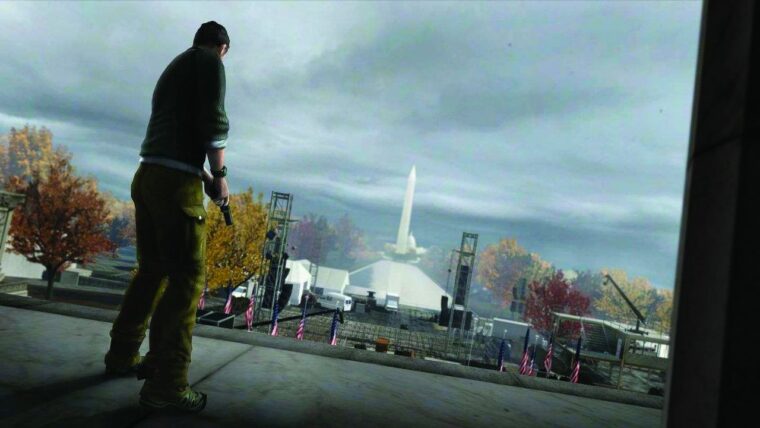 Doesn’t sound very slick for such an aged and experienced professional, does it? I hate to come right out of the gate with such a rude attack on Sam Fisher’s updated means of espionage, but it’s important to note in a series that has always been known for its unforgiving stealth. In Splinter Cell: Conviction, punishment for being seen is rare, whereas doing the same in previous games tended to bring about a Game Over situation. It’s pretty clear that Ubisoft Montreal was looking for a solid balance in Conviction, and they did promise to make this entry more accessible to the masses. While they succeeded in some areas, the very core of the franchise feels slightly broken as a result.

The narrative framework for these stealthy shenanigans makes things personal for Sam, as all good action movie or game follow-ups should. Our gruffer-than-ever hero’s tale here is told via flash-backs, as Victor Coste recalls the events that begin with Sam Fisher’s reappearance, and proceed through a feverish and emotional investigation into who was responsible for his daughter Sarah’s murder. Naturally, through various scenes of infiltration and interrogation, Sam finds this to be a much more labyrinthine plot than he initially suspected.

That means things get convoluted quickly, almost comically so. it’s not a big deal, because as far as I’m concerned, Splinter Cell’s plots should be as close to ridiculous as a season of 24. It’s tough to care too deeply about Sam’s plight, but the unraveling of the mystery behind his daughter’s death is as good a reason as any for Same to be harsher than ever with his enemies. This new edge is most apparent in interrogation sequences, which have Sam going all Jack Bauer to get information. These actions are mostly relegated to slamming heads onto desks, or just slapping the crap out of someone to get them to squeal, but at least it’s more engaging than your typical cutscene. 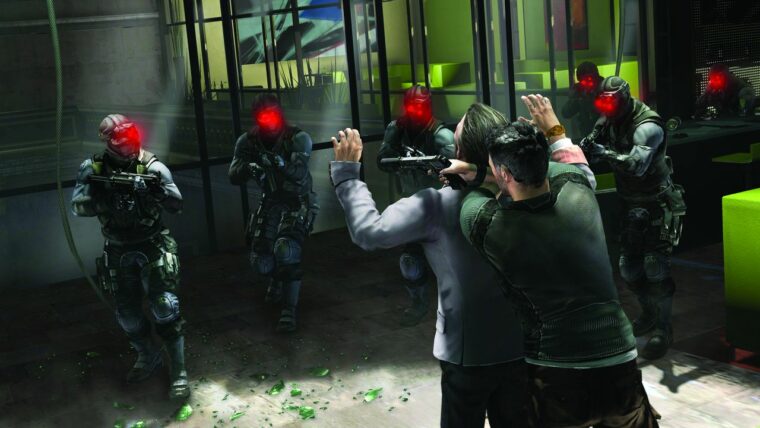 Despite the aforementioned clunky nature of the game’s bread and butter, there are definitely some welcome additions to Conviction. Beyond the interrogations and the general aesthetic—which projects mission objectives and other directions slickly onto the surface of walls and obstacles—the two beefiest changes come in to the form of Mark & Execute and Last Known Position. The former rewards melee takedowns with the opportunity to “Execute” a small group of enemies. For instance, let’s say you’ve got a couple of guards hanging out and chatting it up, completely oblivious to your presence. By marking each, you can then Execute them simultaneously without risking the alert of others nearby.

The odds of consistently going unseen are against you, but that’s where Last Known Position comes into play. once enemies lose sight of Sam, a ghost-like figure appears showing the player his last known position. What that in sight, you can slink elsewhere and flank them as they zero in on where they think you’re hiding. This feature is great, but it also plays into that haphazard stealth that’s so easy to pull off. I had the tendency in some situations to draw attention to my position, slip away, then hang outside of nearby windows sniping enemies one by one as they came over to inspect my whereabouts. Sounds sneaky, but it looks more like something out of a parody of the genre. There are times that it does work well, though, and overall it ends up being one of the most handy additions. 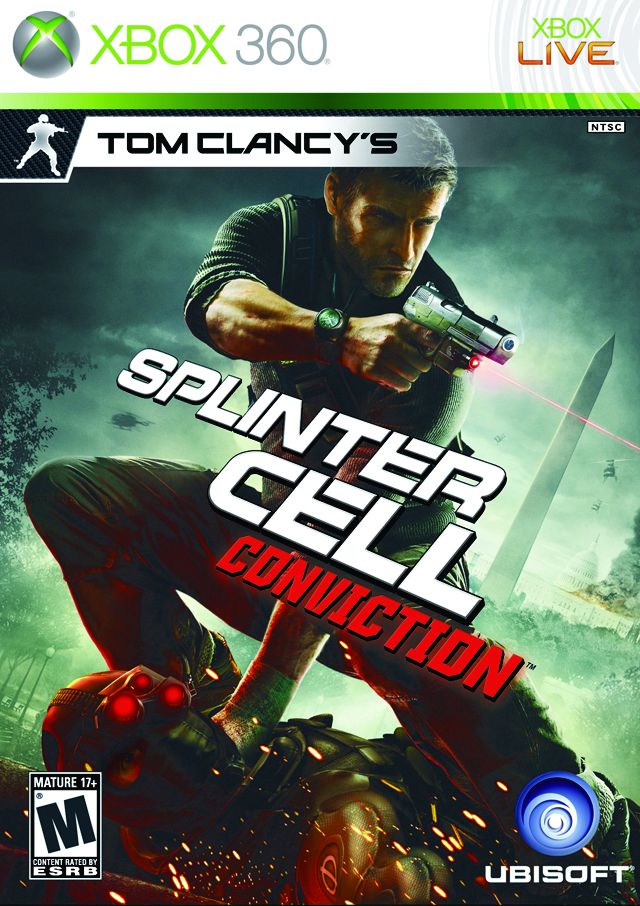 While these new features are mostly interesting and slickly implemented, Conviction’s lengthy delays shine through in what amounts to a confused final product. Even competitive multiplayer—typically a major draw to all the preceding Splinter Cell games—isn’t as alluring here. Co-op is what ends up saving the online experience, offering up a different angle on the story and unique missions that cater specifically to two players.

To takes on the campaign adds some significant playtime, but Conviction can still be finished in a fairly short period. Considering the ups and downs of the experience—dipping from enjoyable missions to exercises in awkward tedium—most will probably want to rent this one.