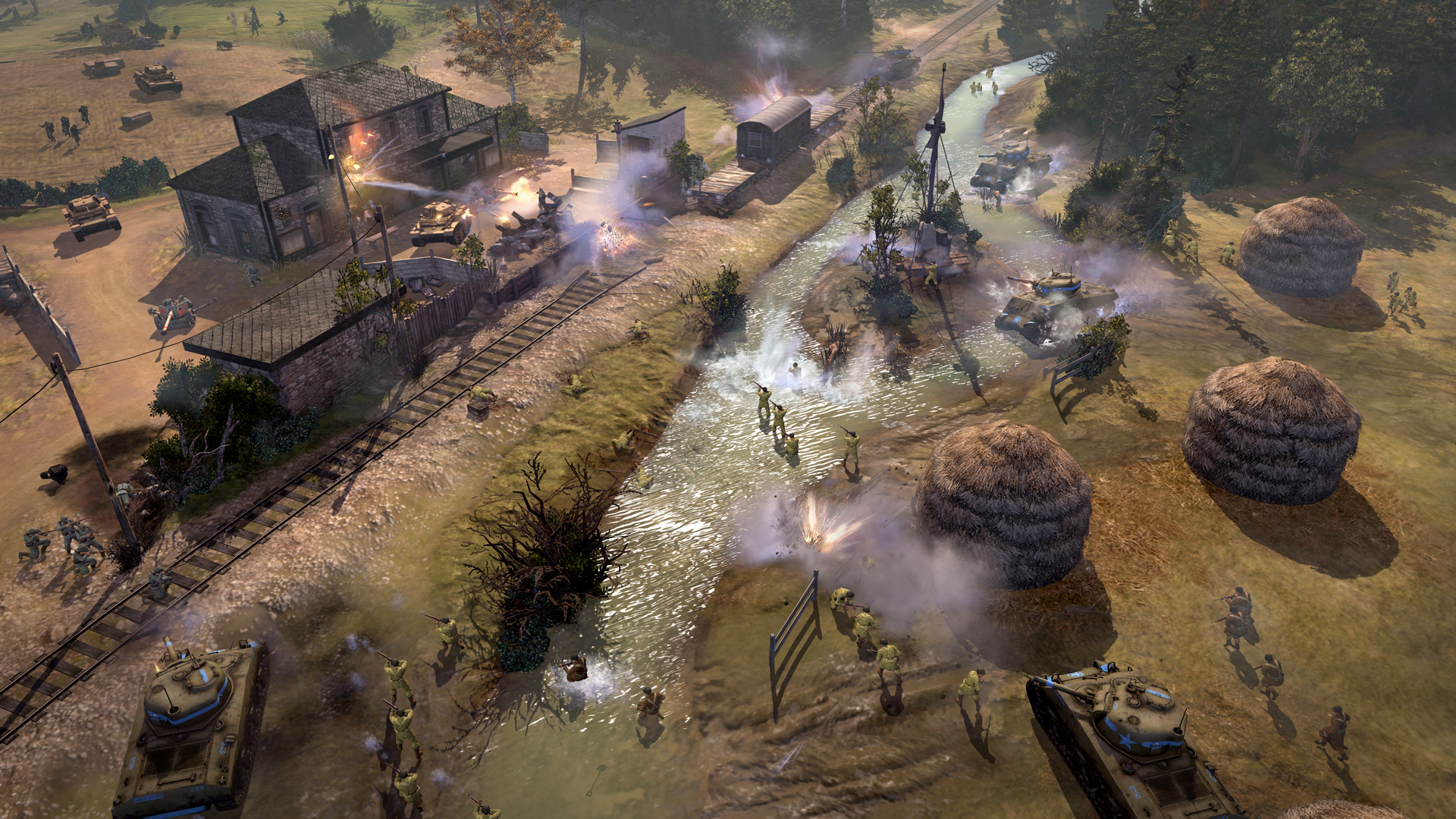 A stand-alone expansion takes us back to the Western Front, while independent developers look to get into the world of war gaming.

This article appears in: July 2014

This expansion is the first stand-alone multiplayer release for the game, so it will mostly be of interest to folks who have been enjoying taking on other players in challenging online skirmishes. The Western Front Armies throws the U.S. forces and the German Oberkommando West into the mix, bringing their own distinct tactical gameplay options, new infantry, team weapons, vehicles, abilities, and upgrades along with them. 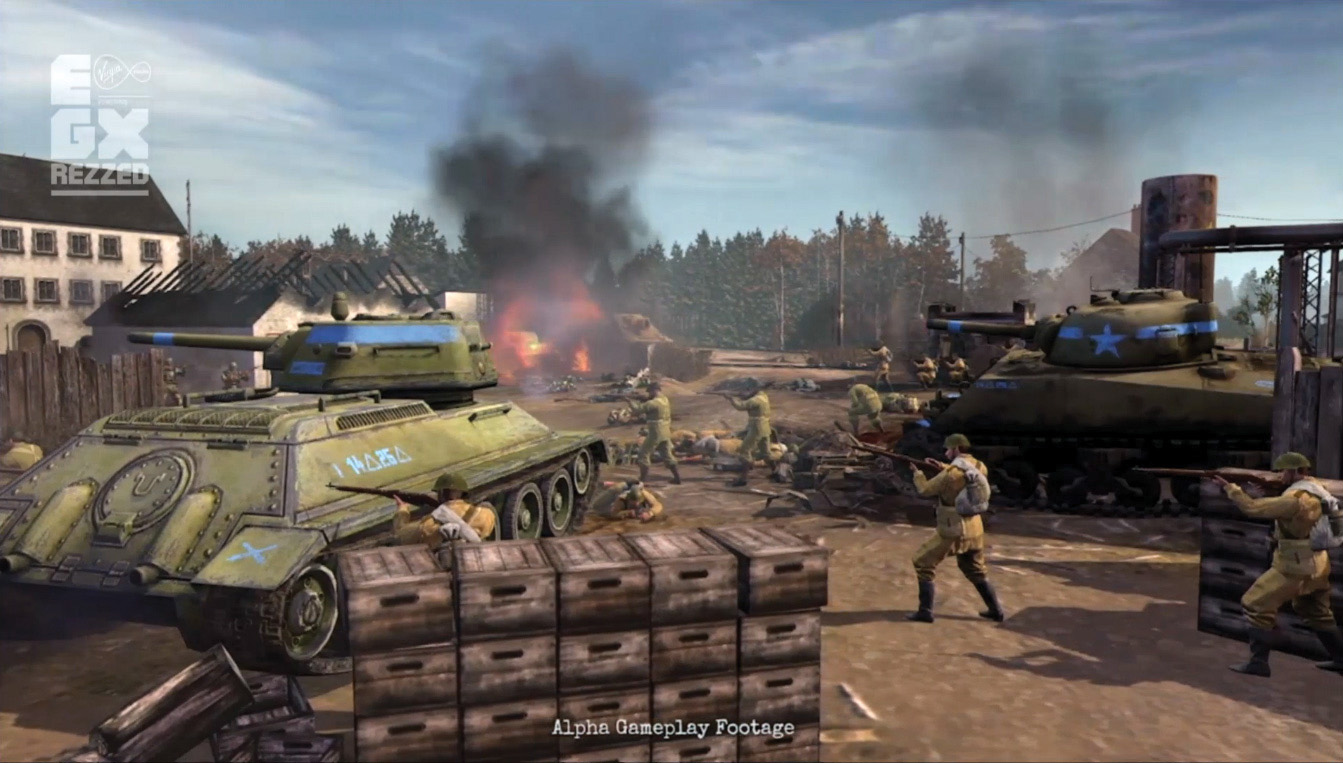 Other updates include a new progression system that introduces more unique content into the game, letting players delve more deeply into its tactical and strategic aspects. Even though The Western Front Armies is a standalone release, new players will also still be able to access 23 existing Company of Heroes 2 maps via auto-match, and look forward to playing against all the other existing factions.

Company of Heroes 2: The Western Front Armies should be out right around the time this issue hits stands, and it will be interesting to see how it affects the overall multiplayer atmosphere of the game. It promises to represent an entry point into the franchise and the online community, and hopefully that will involve diving more deeply into the intricacies of succeeding in multiplayer. There are so many nuances to the game that are only achieved by trial and error in Company of Heroes 2—things as simple as the ideal order in which one should build certain units, for instance—and while that’s not inherently bad, even the slightest series of mistakes can be crippling. Either way there should be plenty of opportunities to jump into action once everyone has their hands on this one.

Over the past few years Kickstarter has really grown as a means of funding games that might otherwise not see the light of day. There have been both high-profile companies and unknown up-and-comers getting in on the action and succeeding, and you never know when that next burst of unforeseen innovation will pop up out of nowhere. Not everything is a success story, though, and when projects fail one can only hope they’ll eventually find another way to overcome those odds.

One such case was the recent crowd-funding campaign focusing on a game called The Breakout. Since we live in a fantastic time that’s made the resurgence of point-and-click adventure games not only possible, but a viable means of engaging with a relatively large audience, developer Pixel Trip Studios is attempting to mix that gameplay style up with a familiar World War II setting. In addition to 1990s adventure games, this particular project draws inspiration from classic movies like director John Sturges’s 1963 film The Great Escape. 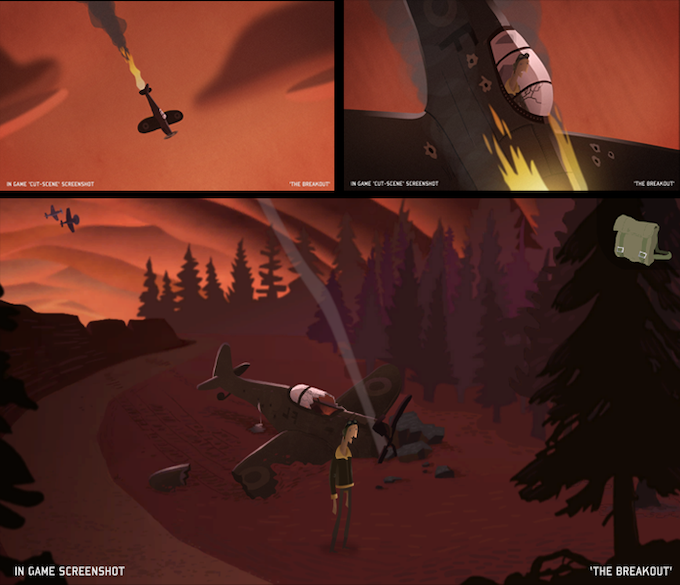 In The Breakout—billed as a nail-biting adventure game for adults—players would have to deal with life or death consequences that depend on stealth, preparation, and adequate supplies as they attempt to break out of the most feared prison camp of all. The plot revolves around Guy Kassel, an ex-thief who cleaned up his act and became a pilot, only to be shot down and imprisoned in a POW camp in the dreaded Verdammen Hof. In hopes of regaining his freedom and returning home to his fiancée, Guy partners up with a group of specialist escapees who aim to cook up their most daring breakout to date.

It’s not as simple as just walking up and talking to a set of repeat escapees, of course. With so much on the line, Guy will have to earn the trust of some of the prison’s most notorious inmates, spending the rest of his time casing the joint by taking note of daily guard routines, discovering new areas, and more. Once night falls, the camp is essentially the player’s domain. Guy’s thievery skills come into play as he sneaks about, picks locks, and steals tools, all the while avoiding spotlights, guard dogs, and watchful tower lookouts that won’t hesitate to shoot on sight. Pixel Trip Studios also hints at a mysterious connection between the vile Colonel Schvarzer and an occult secret society.

Despite the fact that The Breakout—initially planned for PC, Mac, and Linux, with additional platforms to be considered if further funding is added—failed its attempt at Kickstarter, we’re hoping they either try again down the road or find another way to make the game happen. The world could always use more unique takes on war games that stray from the traditional shooter and strategy genres to which we’re all so accustomed.

This War of Mine

11 Bit Studios—a game developer based in Warsaw, Poland—has an even more unique take on war in the works. The tagline says a mouthful: “In war, not everyone is a soldier.” That’s right, in This War of Mine players don’t step into the battle-worn shoes of soldiers or generals; they’re not sitting behind the controls of a tank and charging into battle. Rather, players take control of civilians, who, while not directly involved, are greatly affected as the war happens all around them. 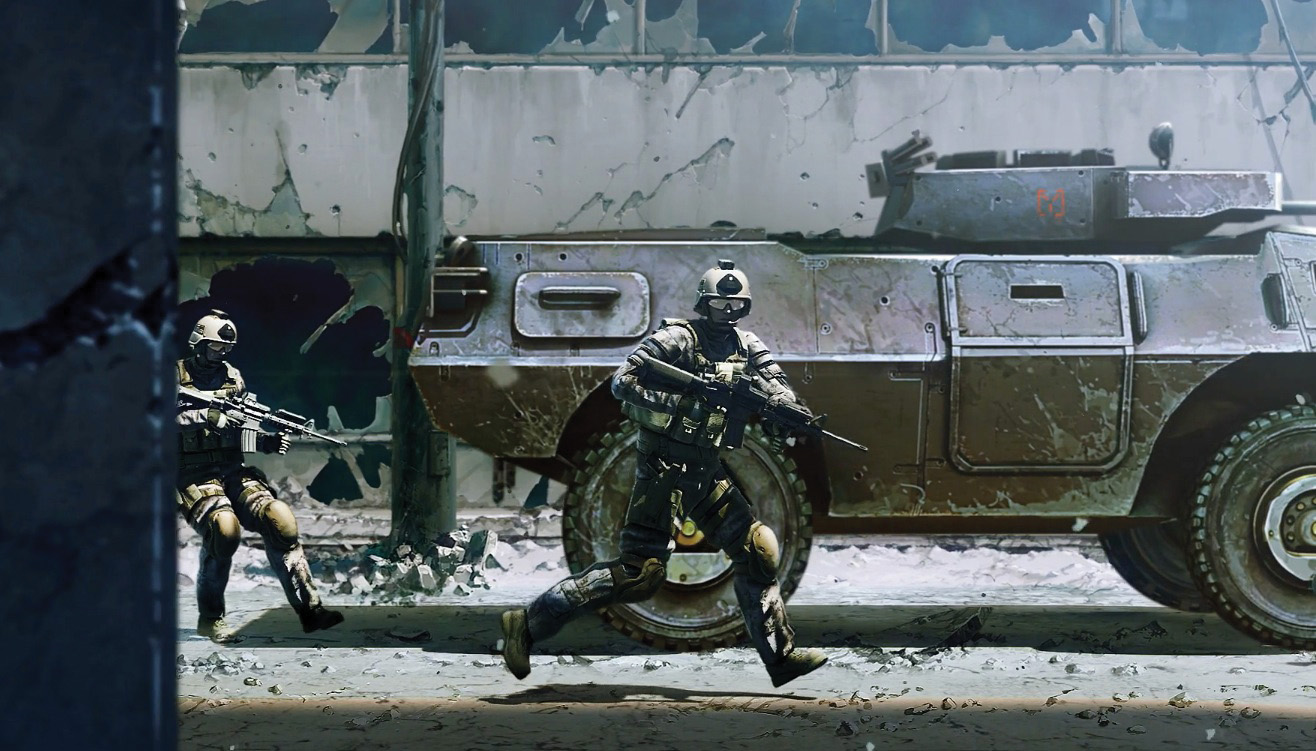 This War of Mine is currently in the works for PC, Mac, and Linux, and is aiming at a late 2014 release. At the time of this writing, designer Pawel Miechowski hadn’t even shown the public what it looks like in action, but it sounds as difficult to play as it is to create. As civilians players can stand guard at home, craft items, and venture out at night at great risk to their lives. People can get sick and wounded so you’ll need to create alcohol or trade for it, and use it to disinfect wounds. The setting echoes extended war-torn eras like the siege of Sarajevo, and if it all sounds frighteningly real, it’s because Miechowski and his team are talking to people, doing research, and pulling from real life experiences.

This is a far cry from some of 11 Bit Studios’ previous work, like Anomaly Warzone Earth and Anomaly Korea. While This War of Mine seems like a pretty harrowing perspective to tackle, and Miechowski said he and his team have decided to exclude certain atrocities of war, it seems like something that could be worth experiencing for the ensuing discussion alone.