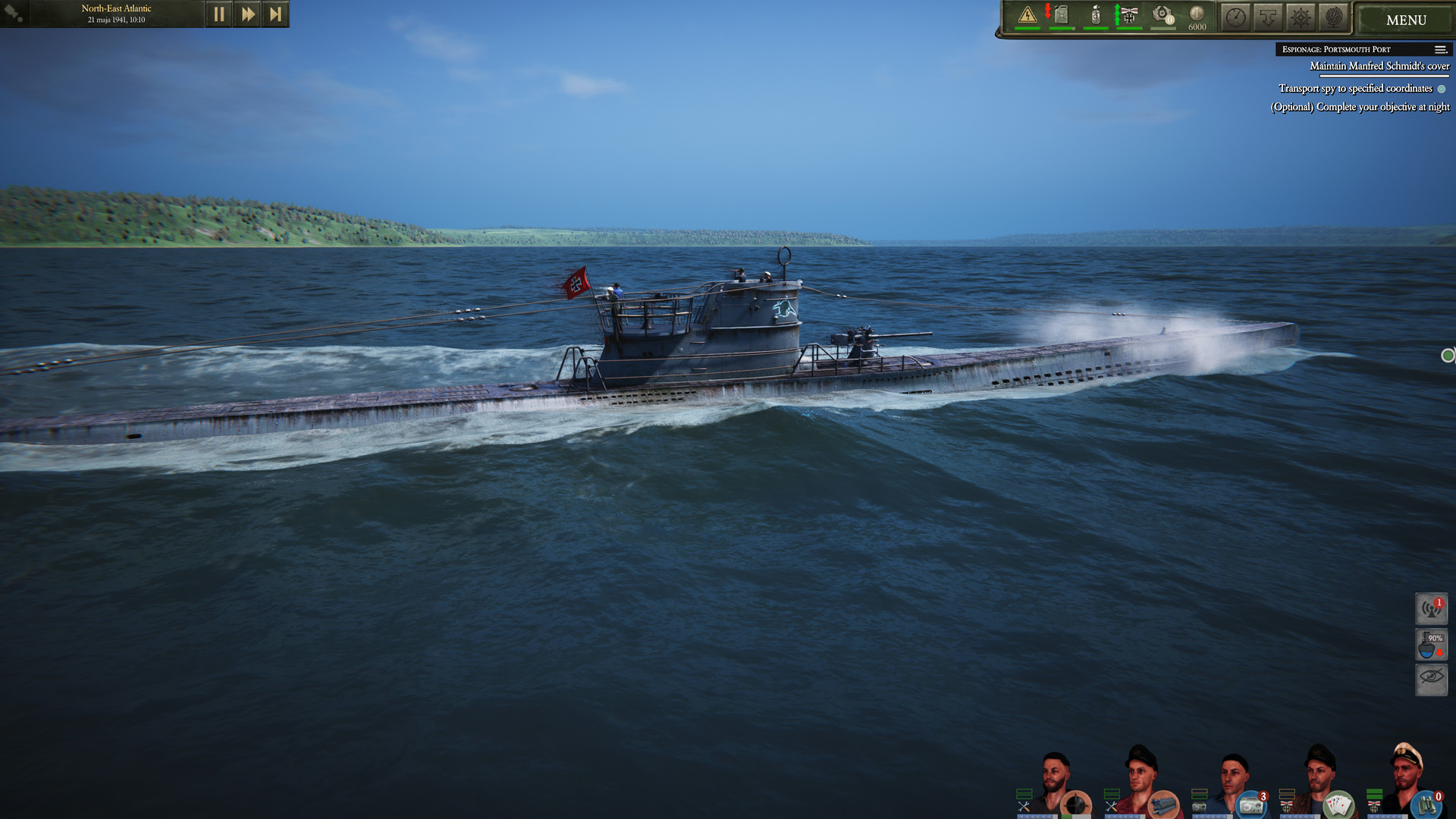 This article appears in: August 2016

We’ve had plenty of strategy games in the past that have given players looming, distant control of military units, from land-based vehicles to those in the air and sea. That includes submarines, but there aren’t many titles that take them on like Deep Water Studio’s UBOOT, which hit Kickstarter back in May. It only took the project a few days to exceed its starting goal of $20,000 CAD ($15,493 USD), and it will be interesting to see how this project expands once it passes through the often precarious crowdfunding stages.

At the moment there’s nothing but promise on the horizon for UBOOT, which is one of the many benefits of establishing a relatively slick funding campaign. The conceit is immediately attractive to anyone interested in the survival aspects of war. As your U-boat rocks and sways above and below the tumultuous seascape, you’ll be in charge of keeping your crew alive in the most inhumane conditions.

What makes UBOOT especially unique is that you’re not controlling the U-boat, you’re controlling the crew members who control the U-boat. That means you need to monitor their physical and mental health, because, as the campaign puts it, “if the sailors are hungry, tired and their spirit is low, there’s no chance of winning even a skirmish.” This idea plays into how you run your ship as a captain, too. If you’re a particularly harsh captain it will raise both the overall discipline and the trauma level of the crew. It’s important to balance these aspects, because high levels of trauma will bring out secret features of each sailor. For instance, one might reveal his alcoholism, while another will go berserk. Sailors may also turn out to be cowards, or worse, spies.

The sailors in UBOOT aren’t just faceless statistics you’ll need to micro-manage; each one has his own story, personality, skills, and weaknesses. You’ll be able to observe them at work and during free time, from meals to lines for the sole onboard toilet; from petty bickering to genuinely helpful reports. The team at Poland-based Deep Water Studio isn’t shy about the similarities between their game and Fallout Shelter, which drew a similar scenario within the shelter-based confines of the Fallout universe. If you’re familiar with the mobile hit, that should give you a pretty solid idea of what to expect from UBOOT. 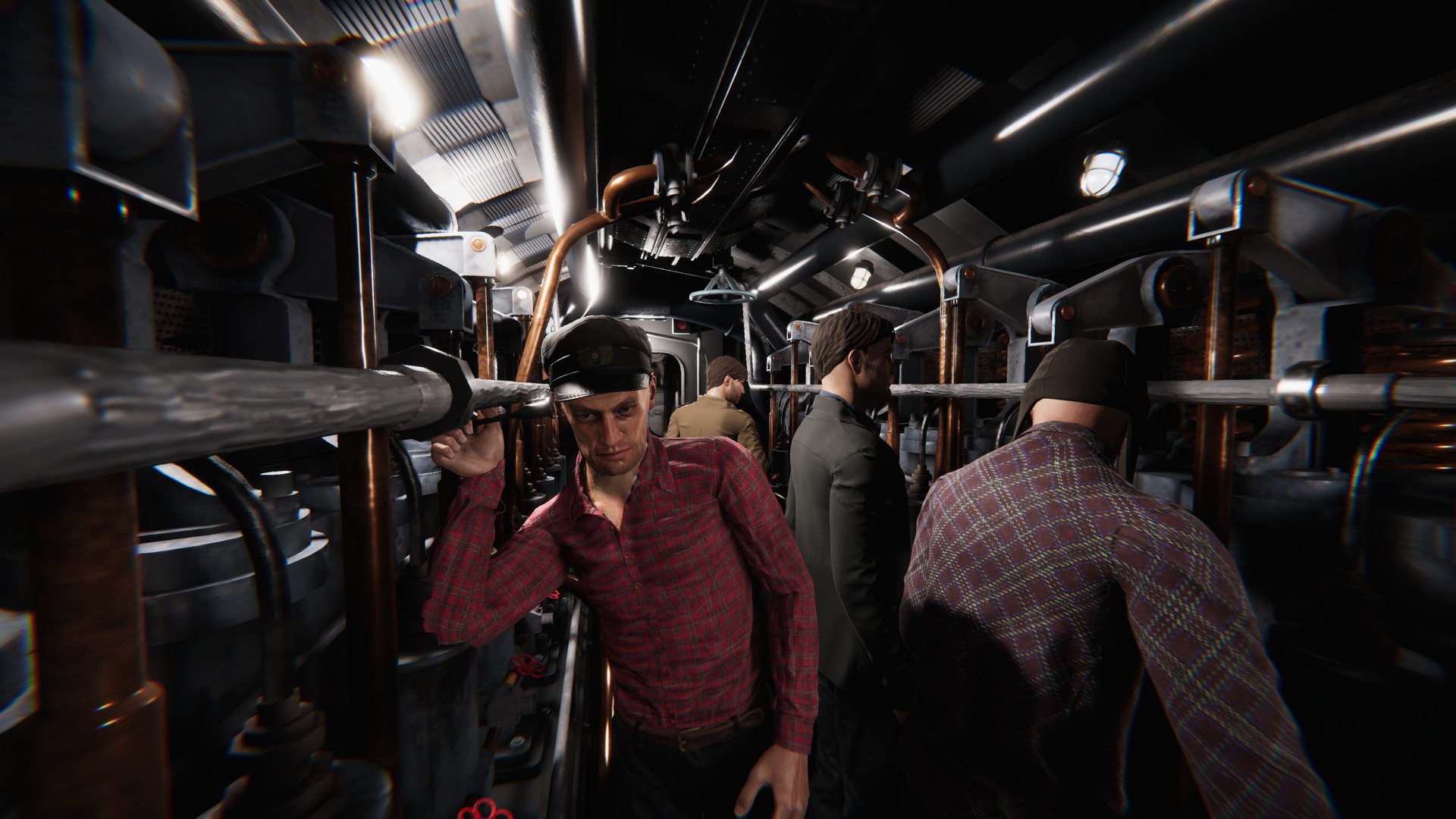 Historical and mechanical buffs will also find quite a bit to absorb thanks to Deep Water Studio’s commitment to recreating the inner workings of the U-boat down to the finest details. You’ll be able to watch the air compressors and pumps go to work, with leaks posing a constant threat. If they’re not patched up in quick order you run the risk of sinking the entire boat. In terms of the course of the war, Deep Water Studio hasn’t altered history in any way, but they have put the fate of your own crew in your hands. That means you can decide where to go, what to do, and even whether or not the cook deserves to be shot for botching a meal.

In addition to the side-view visuals used for the general boat monitoring process, Deep Water Studio is attempting to live up to its name with a next-gen water system. They know how important this is to the realism of a submarine simulator, so they’ve gone all out in development and have placed their system in the Unity Assets Store for other developers to use.

By the time you read this UBOOT will be through the crowdfunding stages and, ideally, well into fully funded development. Anything can happen in the world of crowdfunding, so keep that in mind if you’re looking forward to the finished product. In the meantime, planned stretch goals aim to add German voiceover, experimental ships and equipment, multiplayer, and playable Allied submarines, so hopefully we’ll have even more to look forward to when UBOOT is finished.