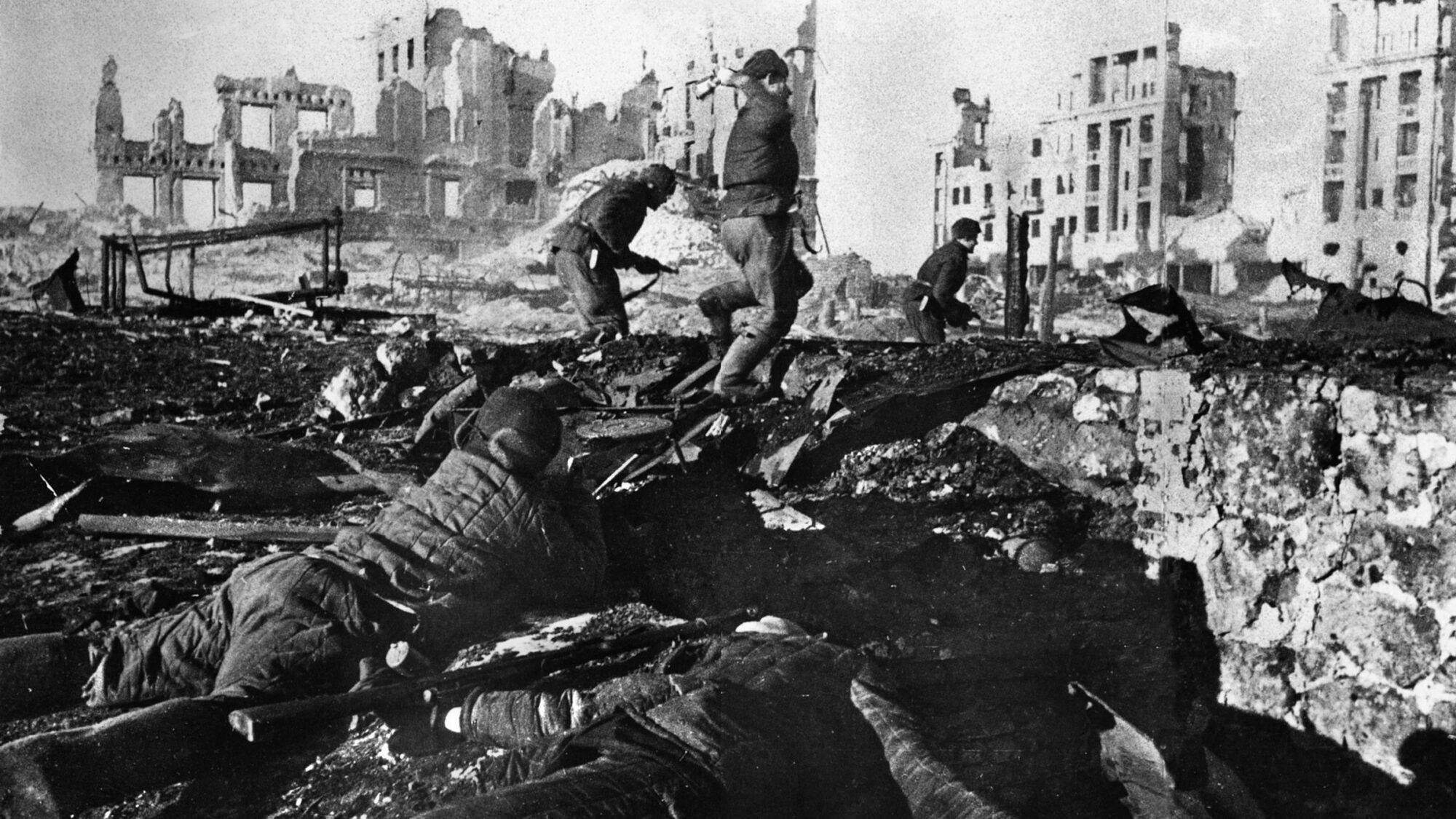 Photo Credit: Russian soldiers and civilians at Stalingrad. According to John Mosier’s new book, it was Hitler’s dilusional leadership that defeated the German Army, not Stalin or the the Russian Army.

Did Nazi Germany nearly defeat the Soviet forces on the Eastern Front?

By Al Hemingway It has long been common knowledge to most historians and followers of World War II history in the European Theater, that the Soviet Union defeated Nazi Germany on the Eastern Front. Initially surprised when German troops pushed deep into Russia in 1941 during Operation Barbarossa, the Red Army quickly reorganized and drove the invaders from their country. However, Loyola University Professor John Mosier presents an entirely different view of the turn of events that began in 194