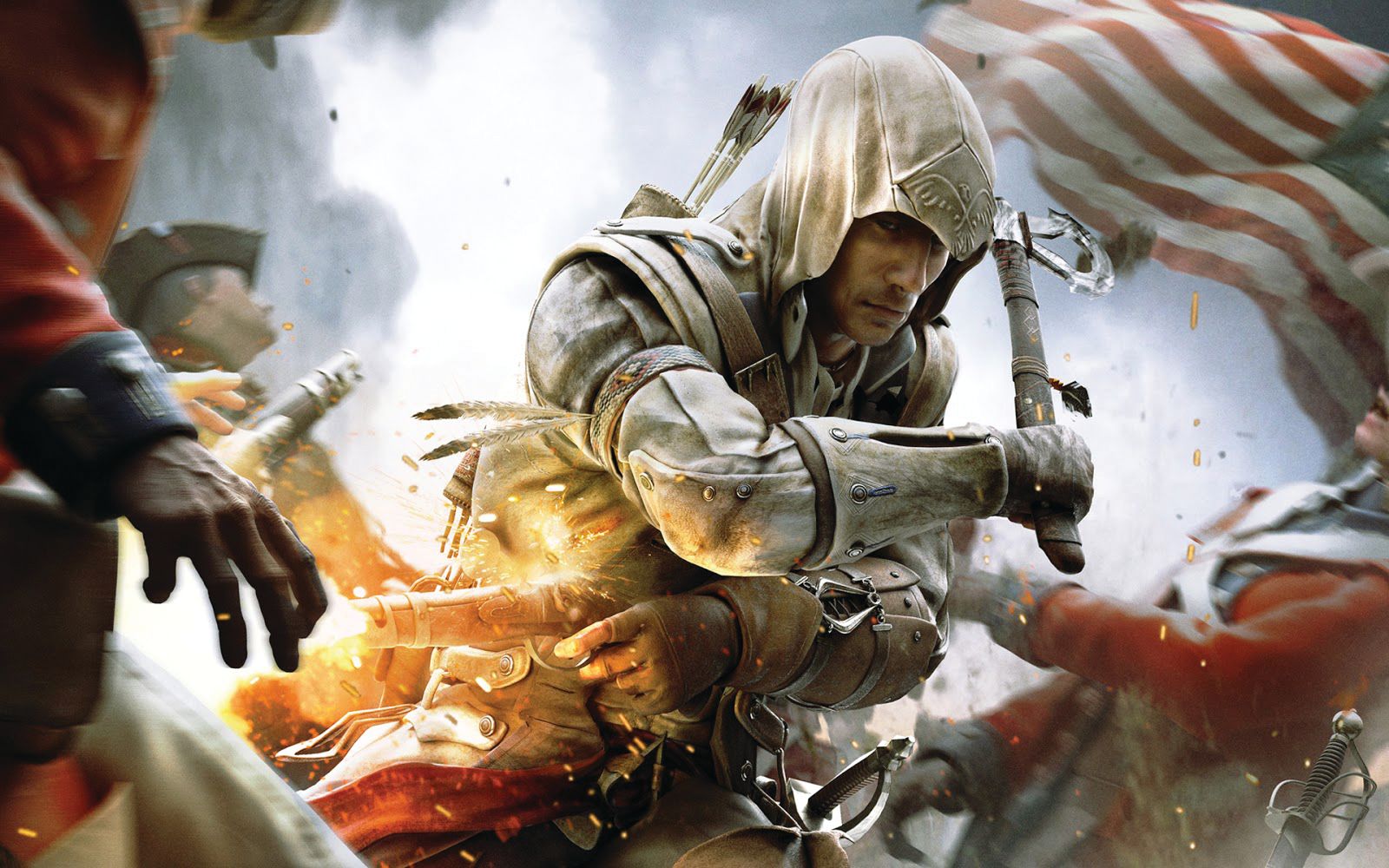 This article appears in: Late Spring 2013

Ever since its inception, the Assassin’s Creed franchise has enjoyed a tenuous grip on history. Lovingly rendered locales and a compelling narrative device are a couple of the chief reasons behind its lasting—and at this point steadily increasing—success, but until recently Ubisoft has only taken Assassin’s Creed’s wild historical fiction so far. Enter The Tyranny of King Washington, a three-chapter downloadable saga that weaves a wicked “what if?” yarn that would have been right at home on the cover of an 80s Marvel comic. What if George Washington had been corrupted by the power of the Apple of Eden, declaring himself King of America and further oppressing the Native population? That’s a bold thread that the first chapter, “The Infamy,” aims to start unraveling, and it kind of makes me wish the rest of the series was less beholden to historical events.

Let’s face it, the Assassin’s Creed series is already plenty ridiculous, right? Not even getting into the increasingly convoluted current-day plight of protagonist Desmond Miles—descendant of many assassins, and a key weapon against the Templar—watching would-be silent killers who explicitly dress like assassins trying to be slick never ceases to amuse me. Perhaps that’s why it’s odd that Assassin’s Creed III felt like the driest entry in the series to date. Its Revolutionary War setting is a novel one, but it results in doing away with those aforementioned locales; the wooded frontier surrounding areas like Boston and New York doesn’t exactly make for the most exotic of environments. Maybe someone who didn’t grow up around creeks and piney forests finds it all endlessly fascinating, but a good deal of my experience with Assassin’s Creed III was an exercise in dull exploration. 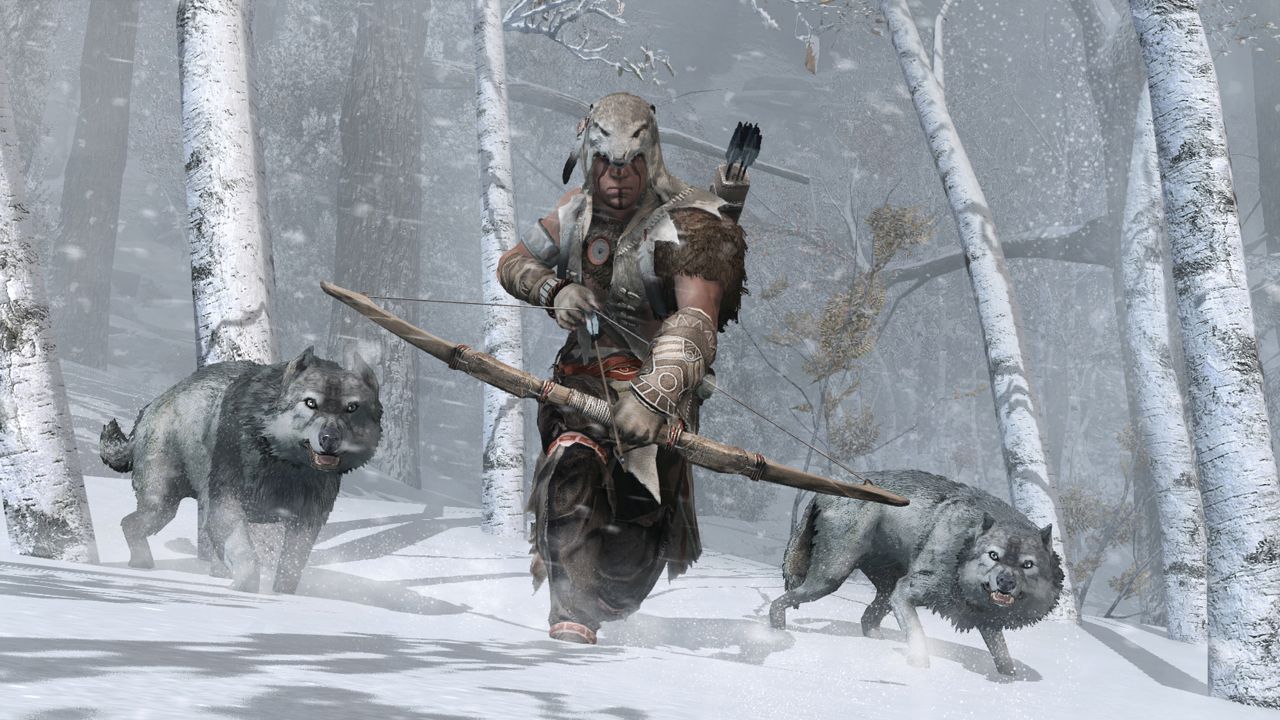 Thankfully, The Tyranny of King Washington does away with a lot of the fluff in ACIII that didn’t really interest me in the first place, and its story is, so far at least, much more immediate and action-oriented. It’s up to our hero Connor to take down King Washington and free his people from his oppressive reign, but Washington’s troops are out in full force, providing the opportunity for more physical showdowns and less clandestine meetings. The expansive map of ACIII has been narrowed down primarily to the snow-blanketed Frontier areas, and stuff like crafting and hunting have been greatly minimized. That’s perfect, because the crafting aspect of ACIII was one of the most terribly implemented and presented features. The menu was an absolute nightmare, and it probably should have been left out of the original game entirely. The fact that I only took advantage of it during the tutorial speaks volumes of its value. Hunting is fine, but is also relatively useless in the grand scheme of things unless you want to really dive into the atmosphere and live Connor’s life.

King Washington adds some cool, if not even remotely realistic, new mechanics and powers for Connor. After drinking a hallucinogenic tea, Connor goes on a spirit quest and meets his animal guardian, a wolf. In the most fantasy-esque addition to the series yet, Connor is granted wolf-like abilities such as Wolf Pack, which allows him to call wolf spirits to his side to take out nearby enemies. Connor can also now bust out the Wolf Cloak ability, which turns him invisible like Predator when donned. It sounds like a game-breaking stealth crutch, but it’s limited enough to be useful without being terribly overpowered. Using the cloak gradually drains health, so you’ll need to balance wearing it in the open and actually hiding without it to replenish energy and remain undetected. With the overall absurdity of the King Washington scenario in play, it’s nice to see Ubisoft Montreal go for broke and have the gameplay follow suit. It would never fly in the series proper, but it sets a nice precedent for future story-based DLC. 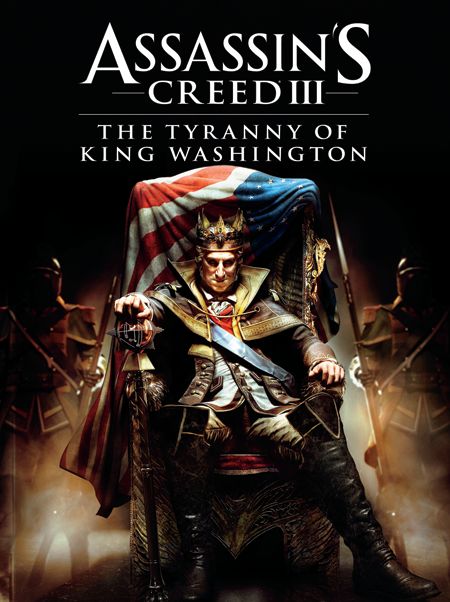 Overall I’m enjoying The Tyranny of King Washington a bit more than the full game itself, even if it’s far from perfect. Assassin’s Creed III was one of the least engaging entries in an otherwise exciting series, but it still has some gas left in it. Of course, you’ll only want to invest in this bonus story if you at least moderately enjoyed III, because it’s not an insignificant purchase. The first chapter is far from standalone, and its cliffhanger ending completely depends on the assumption that you’ve prepurchased the full King Washington package, or plan on buying the two subsequent chapters independently. I’ve got some beef with the direction the business model for games is taking, but it’s easier to encourage when it generates fresh content rather than a bunch of useless digital trinkets. The book isn’t closed on this one yet, though, and it will all come down to how well the rest of this twisted history tale plays out. 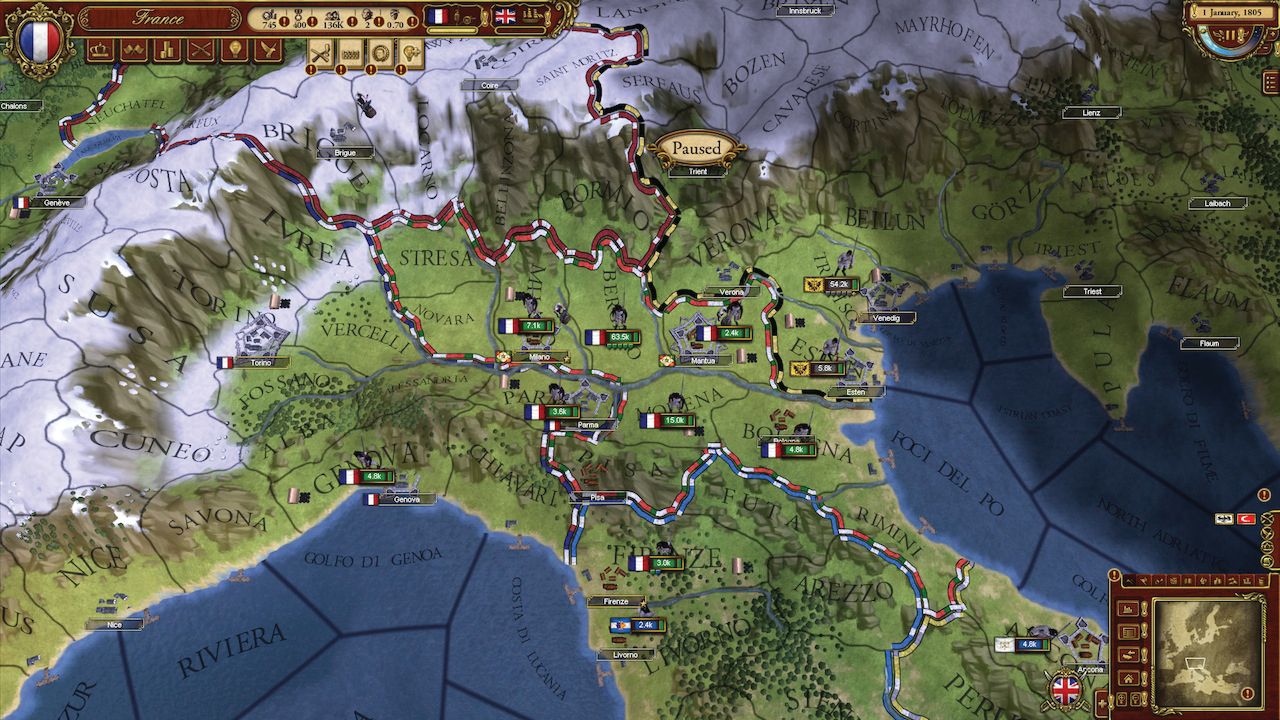 March of the Eagles

Those interested in strategy gaming focused on the Napoleonic Wars now have another title that specifically focuses on the conflicts of Europe in the period between 1805 and 1820 with March of the Eagles. Many are probably familiar with the style of Paradox Development Studio (Crusader Kings, Europa Universalis, Hearts of Iron) by now, and March of Eagles looks to tread a similar path of grand strategy. 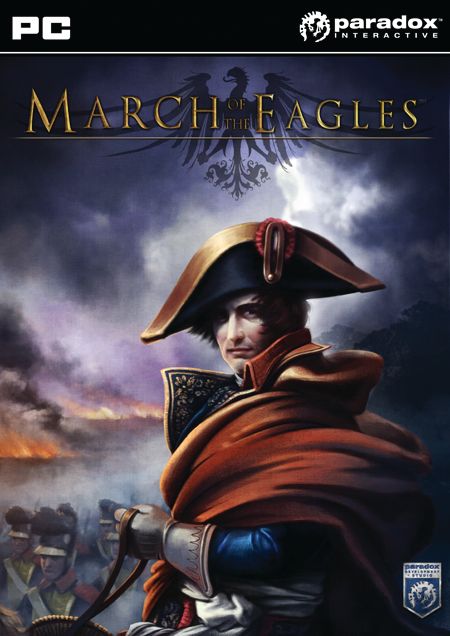 Players are tasked with leading and expanding their nation during this tumultuous period, and have a few ways to go about it. War and negotiation are two sides of the same coin here, and conflict plays out across a typically detailed 3D topographic map of Europe. In addition to the standard real-time strategy combat, you’ll be able to form coalitions against major powers through diplomacy, and build up new tech, tactics, and methods of economic organization with the new “idea” system.

As is the case with other Paradox titles, March of the Eagles provides plenty of opportunity to take your strategies head to head against friends, or complete strangers, in multiplayer, which supports up to 32 players. Ultimately, it’s a heavily customizable experience that can be catered to your liking, especially if you’re into modding, so March of the Eagles becomes what you make of it, and should be worth at least sampling for those into this particular era of warfare.