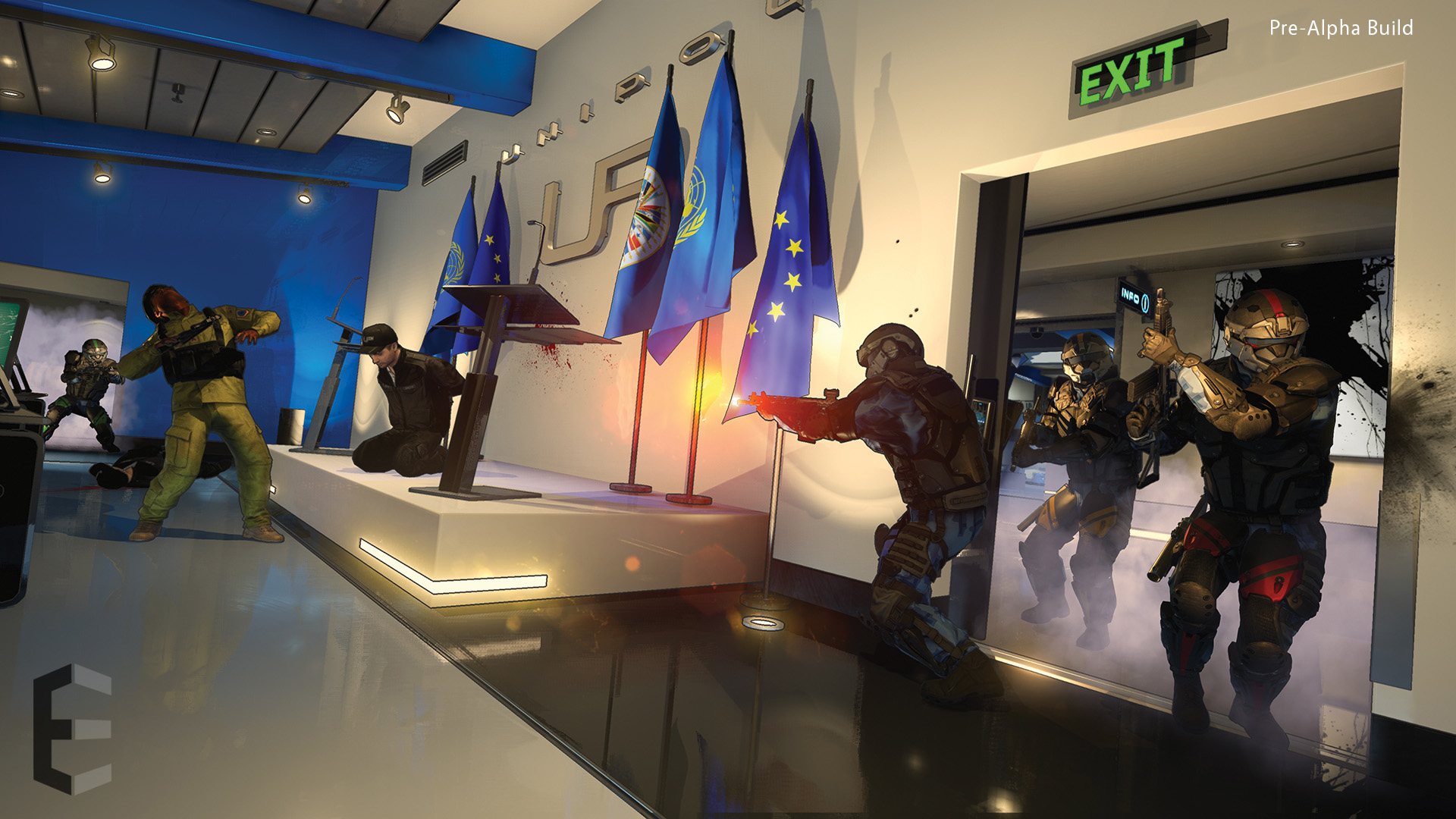 Is Serellan Studios’ EPSILON A Diamond in the Rough?

Titles that make their way to Steam Early Access vary in size by sometimes insanely wide margins, but occasionally you get something interesting with a storied pedigree behind it. Such is the case with indie game studio Serellan, which is staffed by veterans of the video game industry who have collectively worked on titles ranging from the Halo, Ghost Recon, Killzone, and SOCOM series to recent hits like Shadows of Mordor. Their current project is EPSILON, a squad-based tactical shooter influenced by current events and available to dig into via Early Access.

As is the case with any Early Access title, the team is still hard at work on updates for EPSILON, but the shooter came with a decent amount of content at launch. Chief among the offerings are a handful of single-player story missions, a starting set of core weapons, and an Elimination Mode that Serellan says puts a premium on nonlethal combat. Future updates to EPSILON will bring in more story mode chapters, weapons, game modes, and the addition of cooperative multiplayer.

One of the most interesting aspects of EPSILON is the aforementioned approach to nonlethal combat options. In modern military games it’s exceedingly rare to see much beyond the concept of racking up kill streaks and points for each lethal takedown, but Serellan aims to reward players for choosing nonlethal measures. With any good reward, however, comes an equal or greater risk, because enemies who are taken down without lethal force may pop up later to pose a returning threat. With both lethal and nonlethal combat options, there’s a constant sub-game being played that puts an emphasis on fast reactions and on-the-fly decision making. 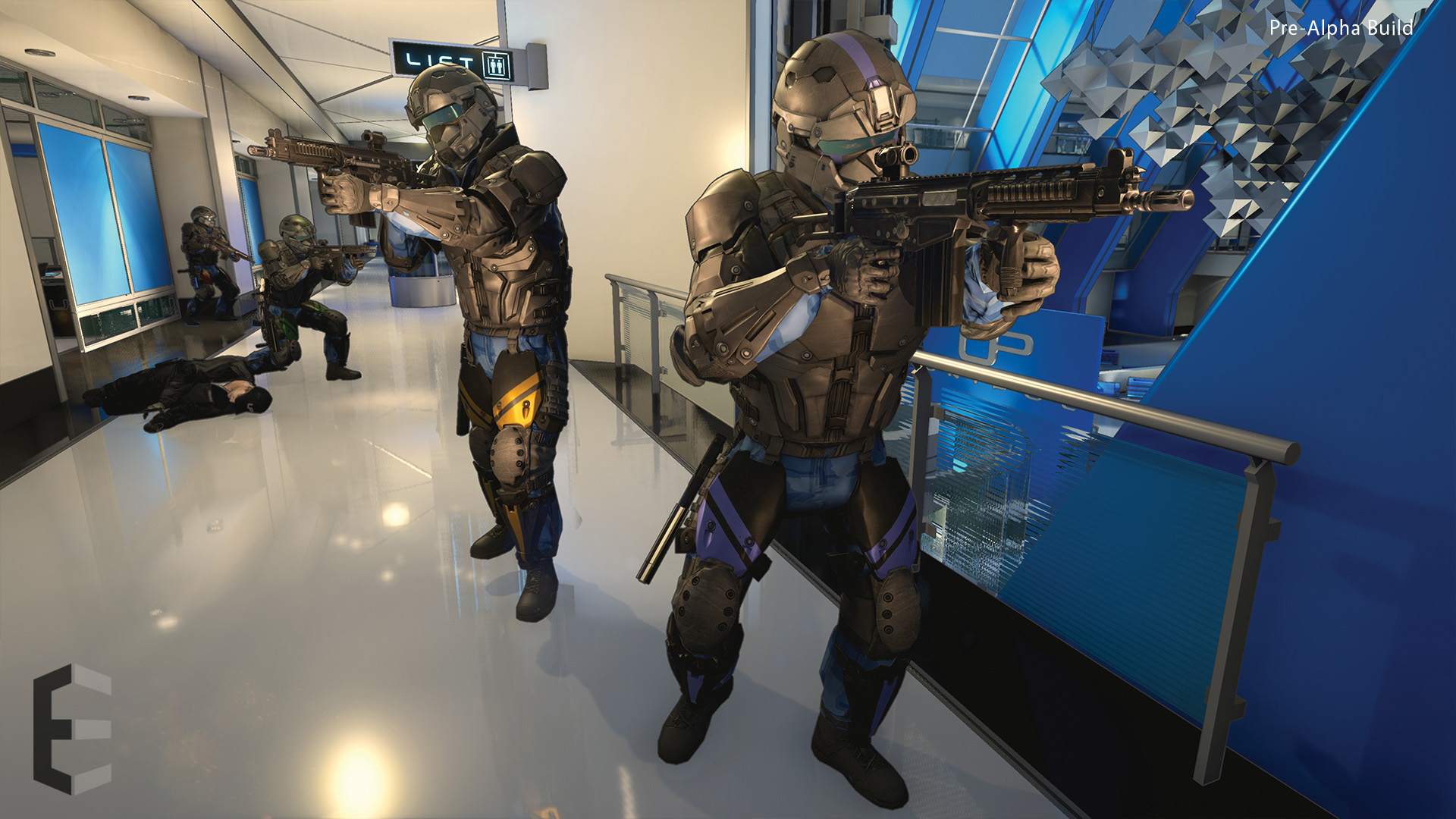 The gadgets and weapons available in EPSILON so far run the gamut, and most will be familiar to those well versed in squad-based shooting. Stuff like cameras that can slide under doors for a sneaky peek at enemies, unmanned weapons that can be operated remotely, and other gadgets significantly expand tactical options. Of course, it’s crucial to go into a mission knowing what you’ll need and how you plan on succeeding, and that’s where premission planning comes into play. Players can use digital maps to coordinate their squad and note enemy positions, preparing in advance for any possibilities that may arise. If you end up halfway through a mission before realizing your plan isn’t going to work, you can always ditch it and switch things up accordingly.

EPSILON’s story touches on matters like the ongoing Eastern European crisis, the current state of America, and more. Dr. Stacy Cecchet, Seattle University’s Adjunct Professor of Criminal Justice, has served as an adviser on the subject matter throughout the development process, so it should be interesting to see what future story missions come out of the collaboration. At the moment it’s a good time to give EPSILON a spin, because while the kinks are still being worked out on a regular basis, those who try it out now can get in before the price rises incrementally leading up to the game’s full launch in early 2016.