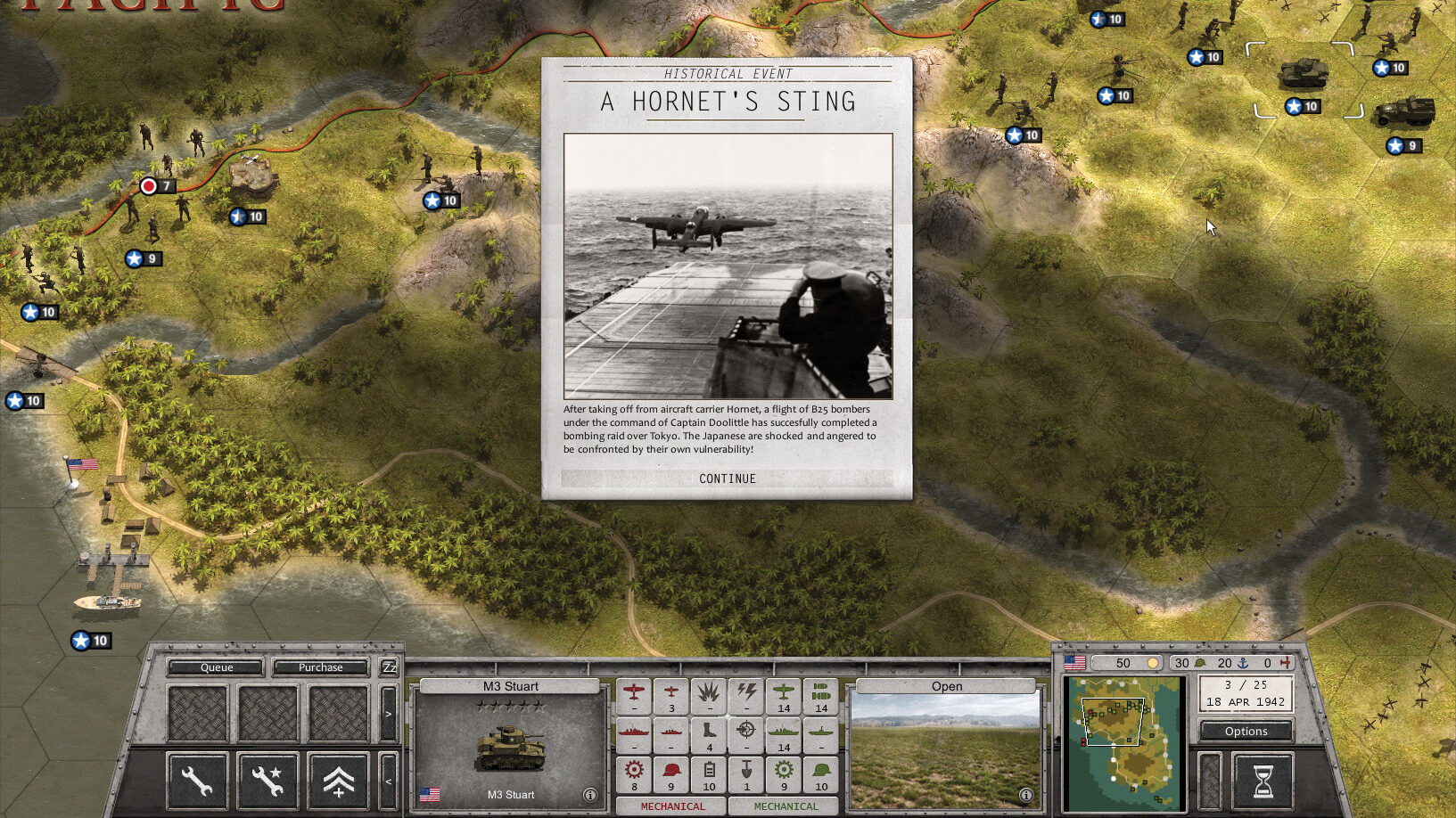 Fans of classic-style strategy games will be delighted to know that Slitherine Ltd. has another gem on their hands; if they’re not waist-deep into playing it already, that is. Order of Battle: Pacific takes hex-based strategy gaming and mixes it up just enough to create a mostly exciting campaign that will keep players strategizing both against the computer and with friends and others online for the foreseeable future.

There are three campaigns in Order of Battle, allowing players to jump in as the Japanese or Allied army for both historical battles and a handful of interesting “what if” scenarios (like the Japanese invasion of Australia, for instance). Something regular strategy gamers will notice and appreciate right out the gate are the visuals. Beyond the detailed map and all the indicators of a proper hex-based, turn-based game we’ve come to expect, Order of Battle sports 3D models for its units, a rarity in a genre that doesn’t often ask much of itself, graphically speaking. They’re pretty nice 3D models, too, and a welcome change from traditionally static units. 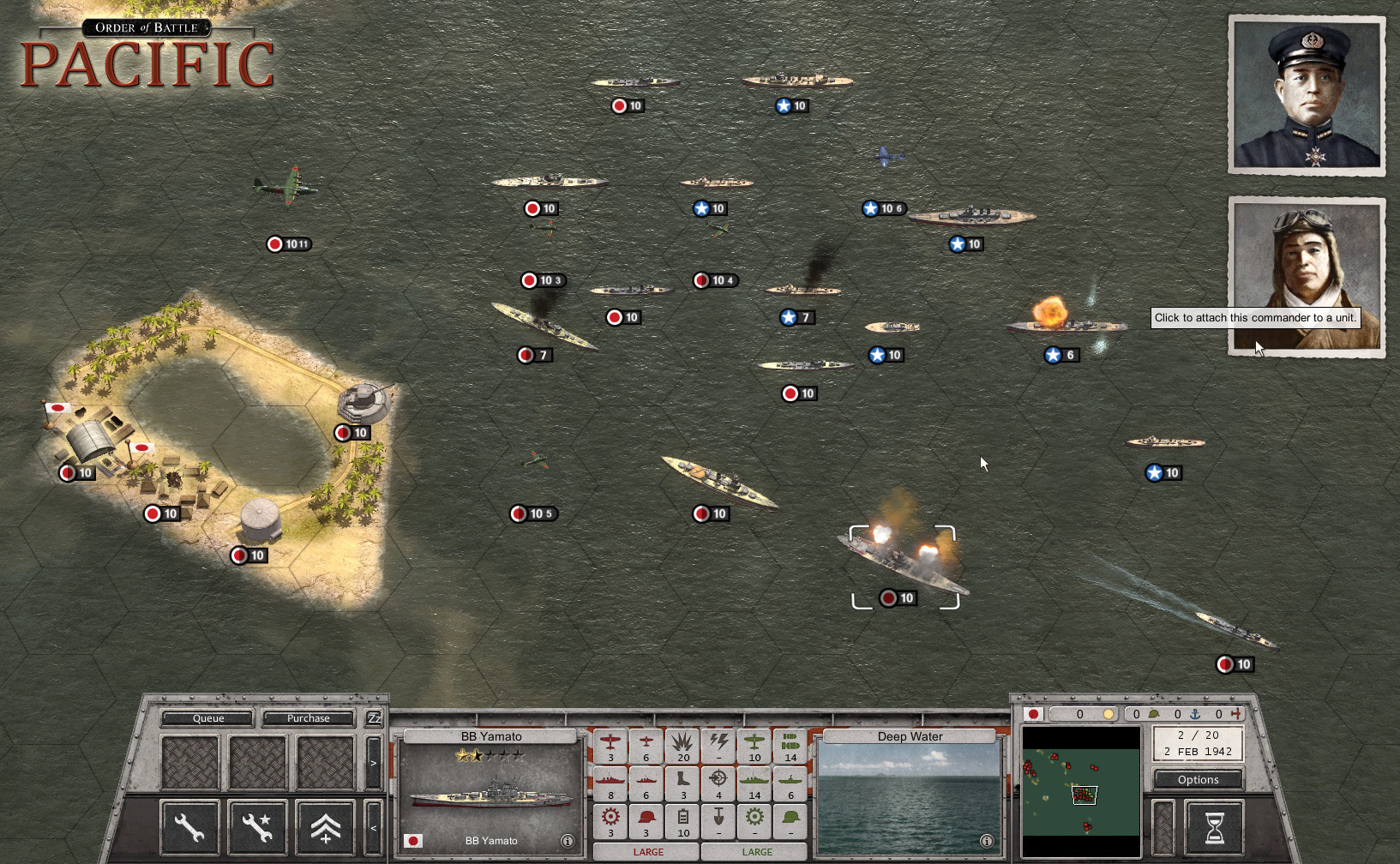 Be Ready for a Challenge

Speaking of units, there are more than 500 in Order of Battle, including infantry, tanks, ships, aircraft, and more. They’ve all got their own unique animations to go along with the models, so you’ll see your little infantrymen succumb to the horrors of war, your planes will crash into the ground, and so on. Hopefully, you won’t be seeing that happen to your army too often, but war is brutal, and Order of Battle conveys this well both aesthetically and in its demanding level of challenge.

One of the additions to the formula that can be equal parts ingenious and infuriating is the crucial aspect of Supply. The concept goes well beyond simple numbers and gauges in Order of Battle, which instead opts for appointing supply points that can be located in cities, bases, and numerous other areas. These hotspots are often key to the success of your army. The map indicates them clearly along with the units that are dependent on what they provide. The strategic catch here comes when the enemy manages to cut off said supply points, rendering pretty much every connected unit useless.

This is fantastic for those who learn to use it to their advantage, but it can also bite you in the ass pretty brutally. A few times I found myself doing just fine, only to have a single critically crippled enemy cut off my army’s supply and completely ruin everything. Sure, that’s the kind of thing that might happen in war, but when you have missions as long as some of the ones in Order of Battle, it can be more than a little disheartening to lose them over something that shouldn’t have happened. 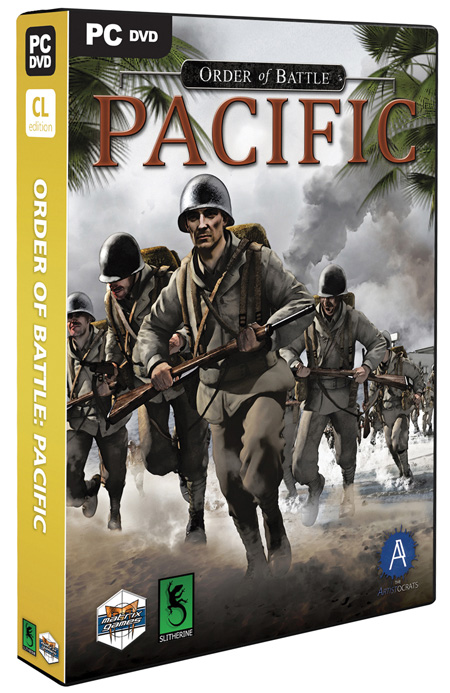 One of the best new features comes in the form of Commander units, which can be added to other units to apply extra offensive and defensive bonuses. This opens up strategic options even wider, with the Commander units able to influence surrounding enemies and allies, potentially turning the tide of war in your favor. Toss in the fact that units carry over across campaigns and you might quickly find yourself getting attached to the little customized army you’ve generated from scratch.

While Order of Battle is mostly a resounding success, there are a few sticking points that can make the overall experience a drag. The pacing of the campaigns can be a little stop and go, with some delivering more of a consistently engaging and thrilling series of battles than others. Also, due to the nature of the environment, naval battles aren’t nearly as engaging as those that take place on land. Land battles offer all types of terrain, perfect for developing your own clever strategies in taking down enemies and finding better vantage points and areas to launch attacks. Naval battles, on the other hand, have you trading turns in a drab, repetitive environment, and the quality of engagement doesn’t make up for the boredom in these sections.

If multiplayer is your particular poison, there’s a decent amount to do here, with four players able to engage in team play, cooperative battles against AI scenarios, and last-man-standing warfare. You can dive in over PBEM++ and Hotseat, and even though I didn’t have much luck against experienced players, it always served as a nice occasional break from the campaign.

Order of Battle: Pacific is most definitely for the experienced strategy gamer. While it does share a lot in common with games like Panzer Corps, its missions are larger and longer, and you can’t undo turns once you’ve committed. This can make things a bit more stressful during the tougher missions, but it ultimately results in greater reward when you emerge victorious. If you’re looking for something new in the realm of PC war strategy, Order of Battle is a nice little package that, for most folks at least, likely came out of nowhere.