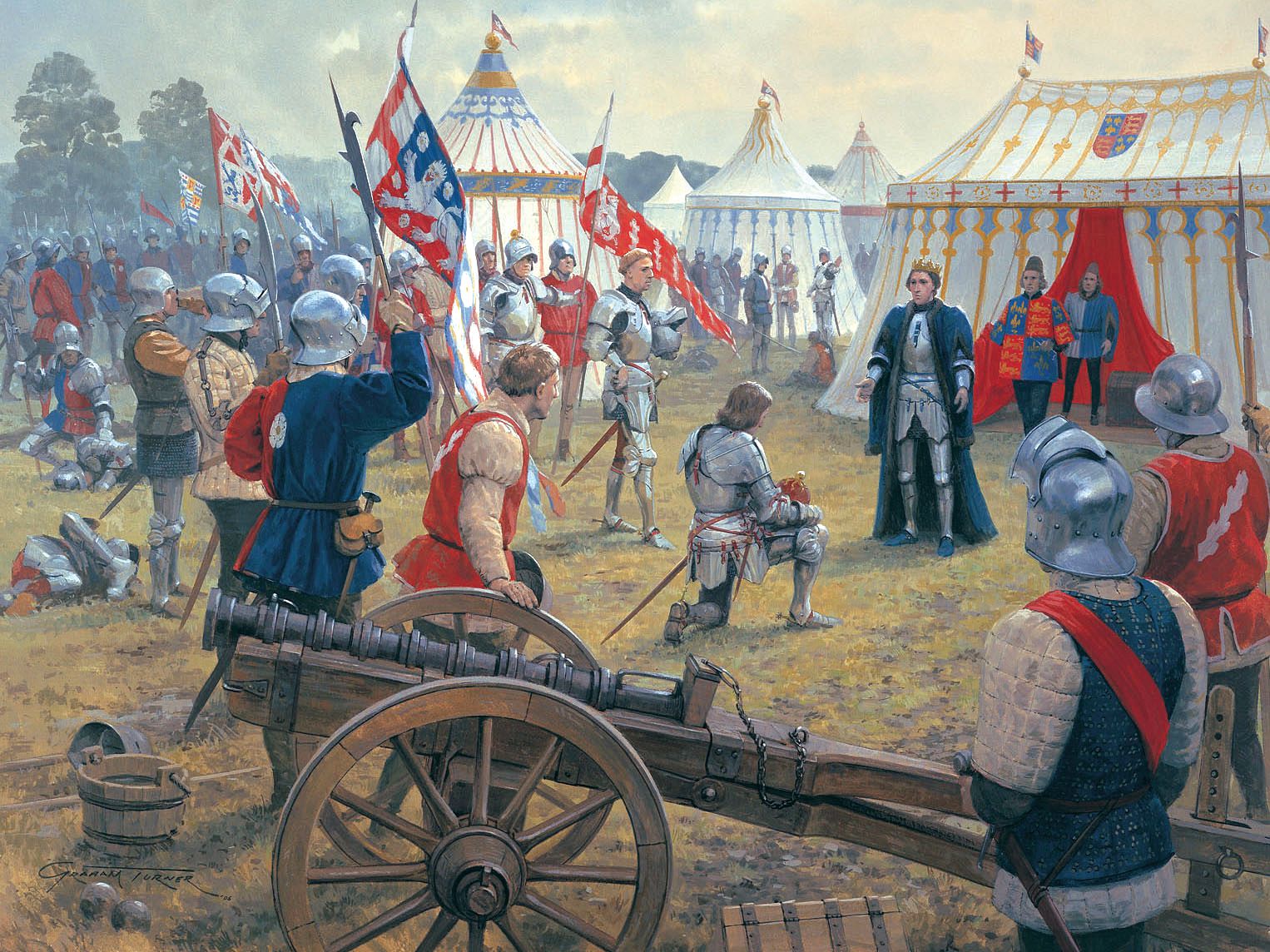 Shakespeare was not overly concerned about facts…

One of history’s—or at least literature’s— greatest villains is King Richard III, the second and last English monarch to wear the white rose of York. Thanks largely to William Shakespeare’s devastating portrait of Richard as a “poisonous bunch-backed toad” and “bottled spider” who proudly proclaims himself a villain, the king has come down through the ages as the very epitome of a ruthless and murderous tyrant.

As the familiar cliché has it, history is written by the victors, and following Richard’s defeat and death at the Battle of Bosworth Field on August 22, 1485, the victorious Tudor dynasty founded by Henry VII took pains to portray Richard as an evil despot who richly deserved his fate at the business end of a Welshman’s poleax. The fact that Richard was the legally crowned king of England and Henry Tudor was a self-appointed usurper made for an inconvenient legal argument. To forestall such complaints, Tudor apologists, beginning with Sir Thomas More, grossly exaggerated Richard’s faults to make their champion look better by comparison.

According to the Tudor version, Richard was virtually a serial killer, a hunch-backed freak who murdered his way to power. Among his putative victims were King Henry VI, the last Lancastrian king; Henry VI’s son, Prince Edward; Richard’s older brother, the Duke of Gloucester; Richard’s own wife, Anne; various dukes, lords, and earls; and most infamously, “the little princes,” Edward V and the Duke of York, the sons of newly deceased King Edward IV.

The Richard III Society is dedicated to rebutting these charges. How successful the Society is in its defense of Richard depends, as always, on the eye of the beholder. Certainly, the Society makes a strong case for the theory that Henry VI was killed on the orders of Edward IV, his immediate successor, who was the only man in England at the time with the moral and legal standing to order such a killing. The Duke of Gloucester, too, was killed on Edward’s orders. There was little that Richard could have done to prevent those executions—even assuming he would have wished to do so.

Less persuasive, perhaps, is the Society’s insistence that Richard had nothing to do with the deaths of Edward’s young sons, Edward V and the Duke of York. The boys, aged 12 and 9, respectively, were imprisoned in the Tower of London after their father’s sudden, unexpected death in 1483. Richard, their uncle and protector, moved to supplant them and ascend the throne instead. (The princes, by then, had been declared literal bastards and therefore were not, legally speaking, heirs to the throne.) At the very least, the princes’ suspicious disappearance and presumed deaths a few months later were immensely convenient to their Uncle Richard, who had the means, motive, and opportunity to have them killed.

Whatever Richard’s guilt in the long trail of deaths that opened his path to the throne, it is indisputable that he was the legal monarch of England at the time of his death at Bosworth Field. His reported last words—“Treason treason, treason!”—were as accurate as they were despairing. When William Shakespeare came to write The Tragedy of King Richard III in 1591, the granddaughter of the treasonous Henry Tudor, Queen Elizabeth I, was on the throne. The play repeats the well-worn charges against Richard while celebrating Henry Tudor’s brutal coup d’etat as a restoration of divine order and justice. The brilliance of the writing and the memorable title performances over the years of such legendary actors as Richard Burbage, Edmund Kean, Laurence Olivier, and Ian

McKellen have insured that Shakespeare’s badly slanted version of Richard III remains the one that endures in popular culture. It is an irony that Richard himself might have appreciated.