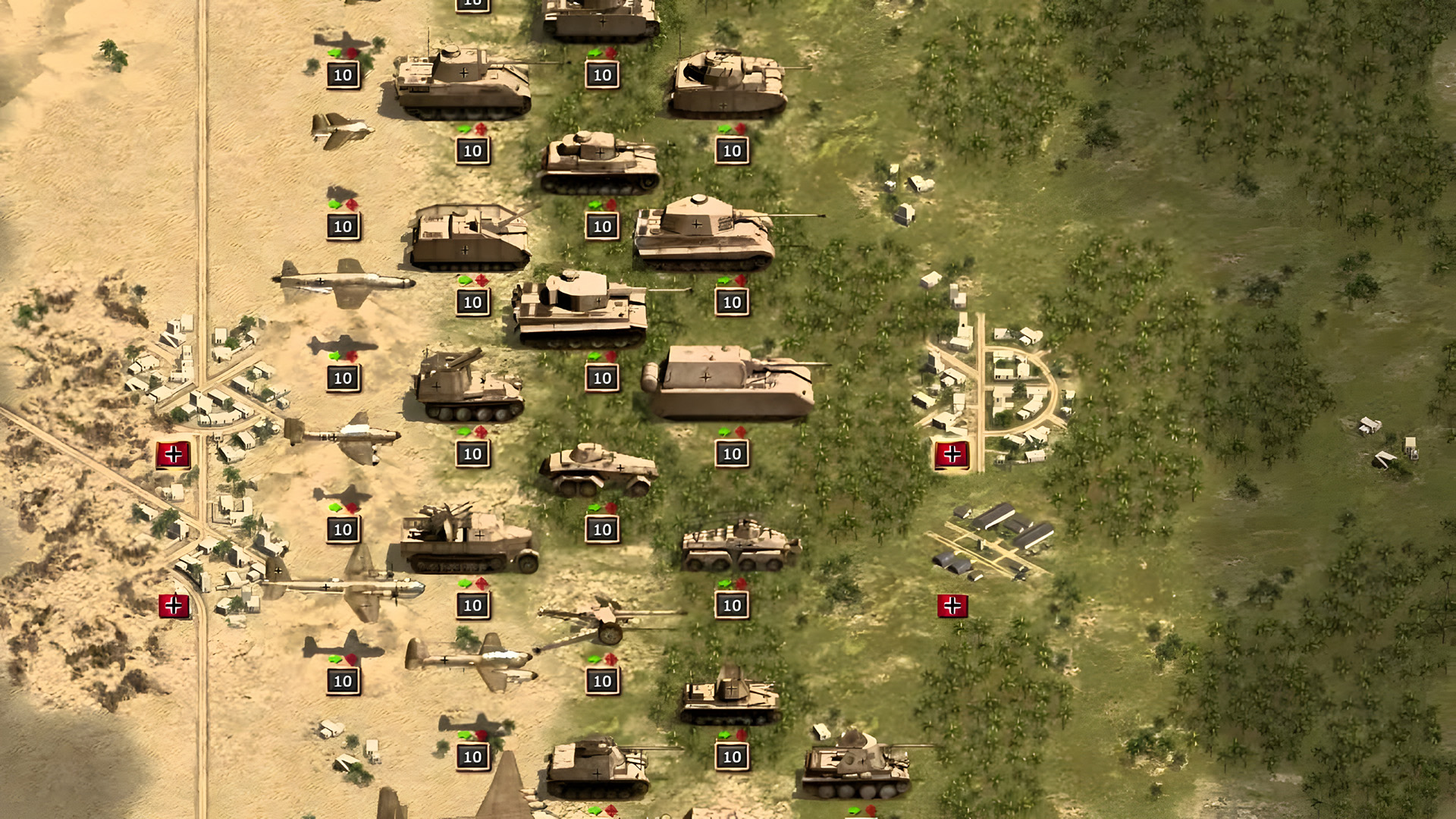 By Joseph Luster Let’s take a break from our usual World War II game scenarios and head to the desert for some expanded skirmishes in Panzer Corps: Afrika Korps. Afrika Korps is, as one might naturally suspect, an add-on to Panzer Corps, a turn-based PC strategy game that has earned a fair share of high praise since its release. While Afrika Korps serves as a bonus to existing owners of the original, it also acts as a stand-alone game for new players, so it shouldn’t be difficult to jump ri