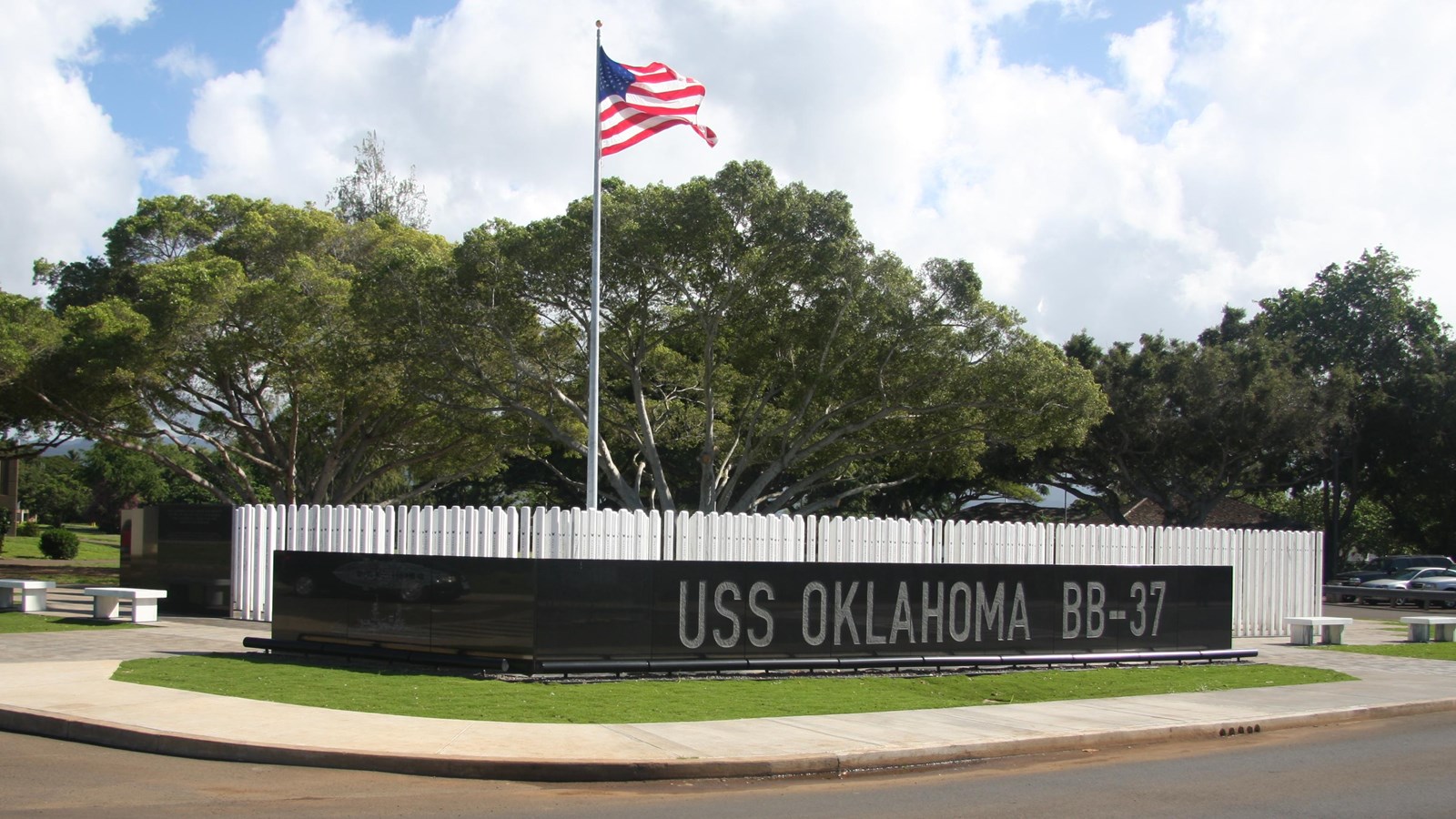 The remains of the missing from the USS Oklahoma are still being identified. Read about the most recent findings below.

On the morning of December 7, 1941, the battleship USS Oklahoma was moored along Battleship Row at Pearl Harbor, outboard of the battleship USS Maryland. When Japanese Nakajima B5N “Kate” torpedo bombers swooped in without warning and loosed their deadly cargoes, the Oklahoma was struck by multiple torpedoes and capsized within 15 minutes, trapping more than 400 sailors and Marines below decks.

Within hours of the Japanese attack, workmen were atop the hull of the Oklahoma, using acetylene torches to cut through the steel and rescue as many men as possible. Sadly, most of the trapped men were lost.

The hull of the Oklahoma was turned upright during salvage operations in 1943, and the remains of the men previously entombed there were recovered. By then, of course, their bodies were decomposed beyond recognition, and the ability to identify the dead was limited. Eventually, the remains of 388 unknown casualties of the Pearl Harbor attack who had served aboard the Oklahoma were buried in 61 caskets marked with 45 grave stones at the National Memorial Cemetery of the Pacific, commonly known as “the Punchbowl.”

For nearly 74 years, the remains of these unknowns rested there.

In April 2015, however, the Defense POW/MIA Accounting Agency announced its plan to exhume the remains decades after the deaths of these men on that fateful Sunday morning. The agency cited advances in forensic science through DNA comparisons and assistance through genealogical information as potentially providing enough information to identify many of those interred in the graves.

Family members of roughly 85 percent of the Oklahoma’s crew supplied DNA samples and other records to assist in the identification process, but despite advances in technology and know-how, challenges remain, particularly due to the commingling of DNA in the common graves and the passage of so many years.

“It will take some time obviously,” Michael Linnington, director of the agency, told HawaiNewsNow. “Commingled remains of so many in 61 caskets will take some time. I think we have a very strong probability of identifying certainly the majority of them.” Agency estimates run as high as 80 percent concerning the rate of successful identification.

According to HawaiiNewsNow, the initial identification work was to begin at the Defense POW/MIA Accounting Agency’s $85 million facility at Joint Base Pearl Harbor-Hickam in Hawaii with some additional study being completed at an agency laboratory in Omaha, Nebraska, and the Armed Forces DNA Identification Laboratory at Dover Air Force Base in Delaware. The entire project is expected to span five years before it is concluded.

The first of the caskets were exhumed in June of last year during a dignified transfer ceremony under the watchful eye of Gene Maestas, a public affairs specialist employed at the cemetery. “It really is an honor and a privilege for us to be involved in this process, providing closure for the family members who have waited close to three-quarters of a century to have the remains of their loved ones returned to them,” he commented to the Navy Times.

Although many of the relatives and friends who knew the sailors and Marines who perished aboard the Oklahoma have long since passed away, family members of succeeding generations have often maintained awareness and interest in bringing the remains of their long lost loved ones home.

The initiative has achieved results, and in November 2015 a military spokesman announced to the media that seven of the servicemen previously listed as missing in action had been identified through dental records. Their identities were disclosed as the families were notified and given the option of taking custody of the remains soon after identification or waiting with the hope that more skeletal remains from the body might be identified.

For some, at least, the long road home has been traveled. May they rest in peace.