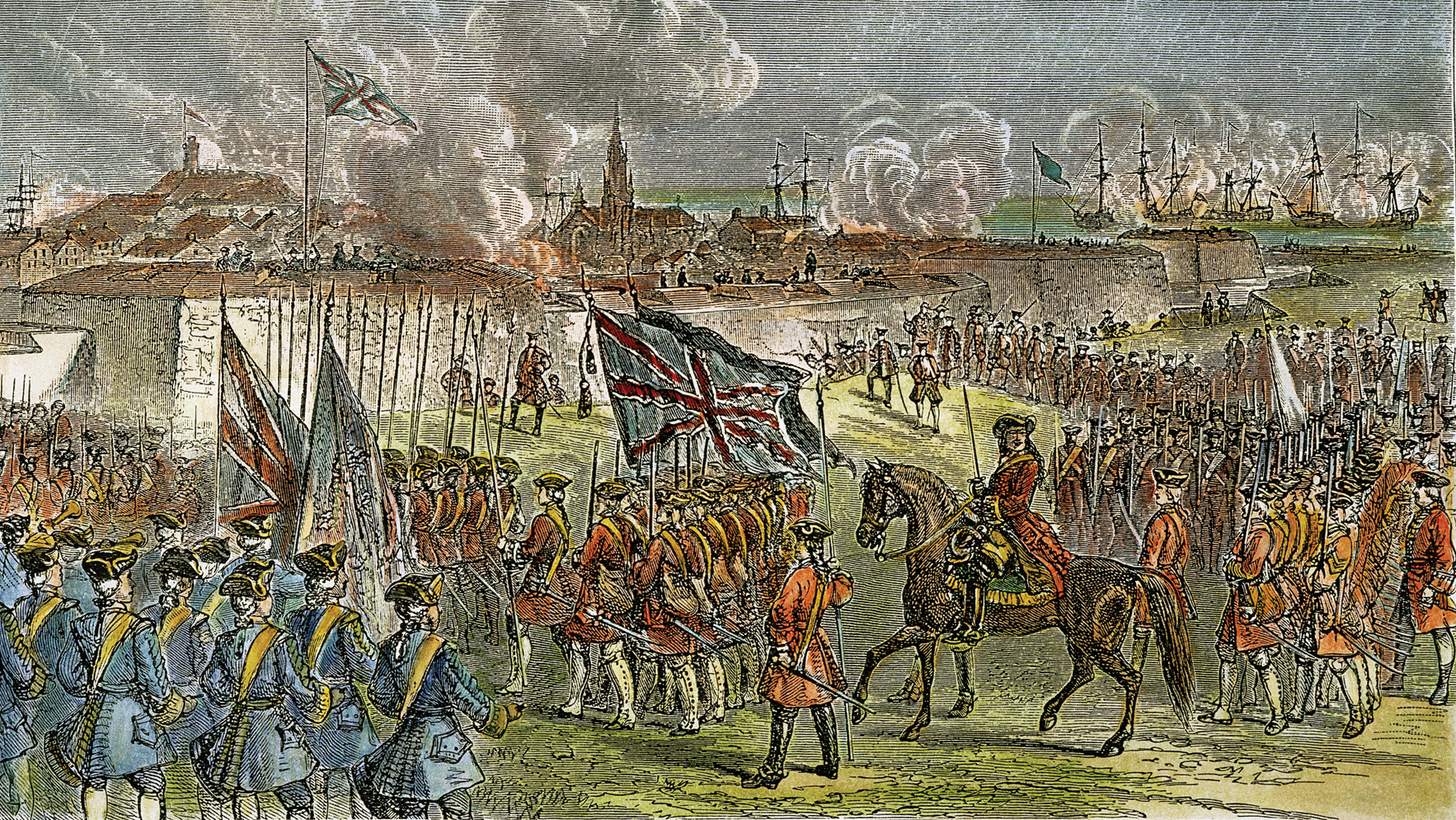 The French sought revenge after the fall of Louisbourg.

This article appears in: September 2014

In the wake of the impressive victory by American colonists over the French at Louisbourg in June 1745 during King George’s War (1744-1748), the Province of Massachusetts Bay braced for the inevitable raids by the French and their Native American allies on two fronts. The western front was northwest Massachusetts, and the eastern front was the coast of present-day Maine.

In a campaign lasting one and a half months, a force composed entirely of American colonists had, through a combination of good luck and strong wits, successfully besieged the “Gibraltar of the New World” located on Cape Breton Island.

In the wake of the victory, Massachusetts Governor William Shirley ordered the construction of three new forts on the western border and arranged for additional troops to be assigned to garrisons at existing forts in Maine, such as Forts St. Georges and Frederick.

The Iroquois descended on English settlements in New York and western Massachusetts, and the Abaneki attacked the English settlements on the seaweed-laced coastal waters of Maine. The Abaneki were one of the five nations of the Wabanaki Confederacy. Their ancestral lands lay between the Merrimack and the Penobscot Rivers, but by the 1740s they had been driven east of the Penobscot River.

The French and the Wabanaki nations had forged bonds of brotherhood during the more than half a century of wars conducted against the English. The English settlements were located on peninsulas shaped like osprey talons along the wide bays and estuaries of mid-coast Maine.

The French and Abaneki attacks began in July 1745. Armed with hatchets, bows, and muskets, the Abanekis excelled at guerrilla warfare. Attacking in bands as small as six, and on some occasions in groups as large as 100, the warriors conducted hit-and-run attacks against the English. They assaulted frontier fortifications, burned houses, ambushed farmers, and slaughtered cattle. If an English settler was not slain and scalped on the spot, he or she was dragged off to the attackers’ village.

On the whole, the attacks against English settlements in Maine did not occur on the scale they did in New York, where a French-led attack in November 1745 against undefended Saratoga resulted in the death of 30 settlers and the capture of 60 others.

In Massachusetts, Shirley continued to send colonial troops to Maine. The additional manpower enabled the garrisons to send out regular patrols designed to disrupt enemy attacks. In September 1747, a force of 60 French and Abanekis launched a major attack on Fort Frederick at Pemaquid. Even though the garrison of American colonists was only half the number of the attacking force, it was able to repulse the attack mainly because the fort was made of stone and therefore difficult to burn.

The loss of lives in the frontier war was not great when compared to the naval and marine actions of King George’s War. Nevertheless, the number of soldiers and settlers taken prisoner by both sides was substantial as shown by the number of prisoners exchanged. For example, French ships sailed into Boston in August 1747 with 270 freed prisoners, and Massachusetts vessels arrived at Ile aux Basques in October of the same year to free 63 prisoners.

King George’s War was part of the longer War of the Austrian Succession, which pitted Britain against France and her European allies. Following the treaty of Aix-la-Chapelle on October 18, 1748, an Abaneki delegation was granted safe passage to Boston where its members on June 23, 1748, agreed to cease hostilities.

A key point worth noting in the aftermath of the war is that in returning Cape Breton Island (and hence Louisbourg) to the French in exchange for Madras in India, the British deeply antagonized the American colonists. Indeed, the Americans were so incensed that in the subsequent French and Indian War (1754-1763) they let the British take Louisbourg themselves. That expedition required three times the number of troops to achieve the same goal.