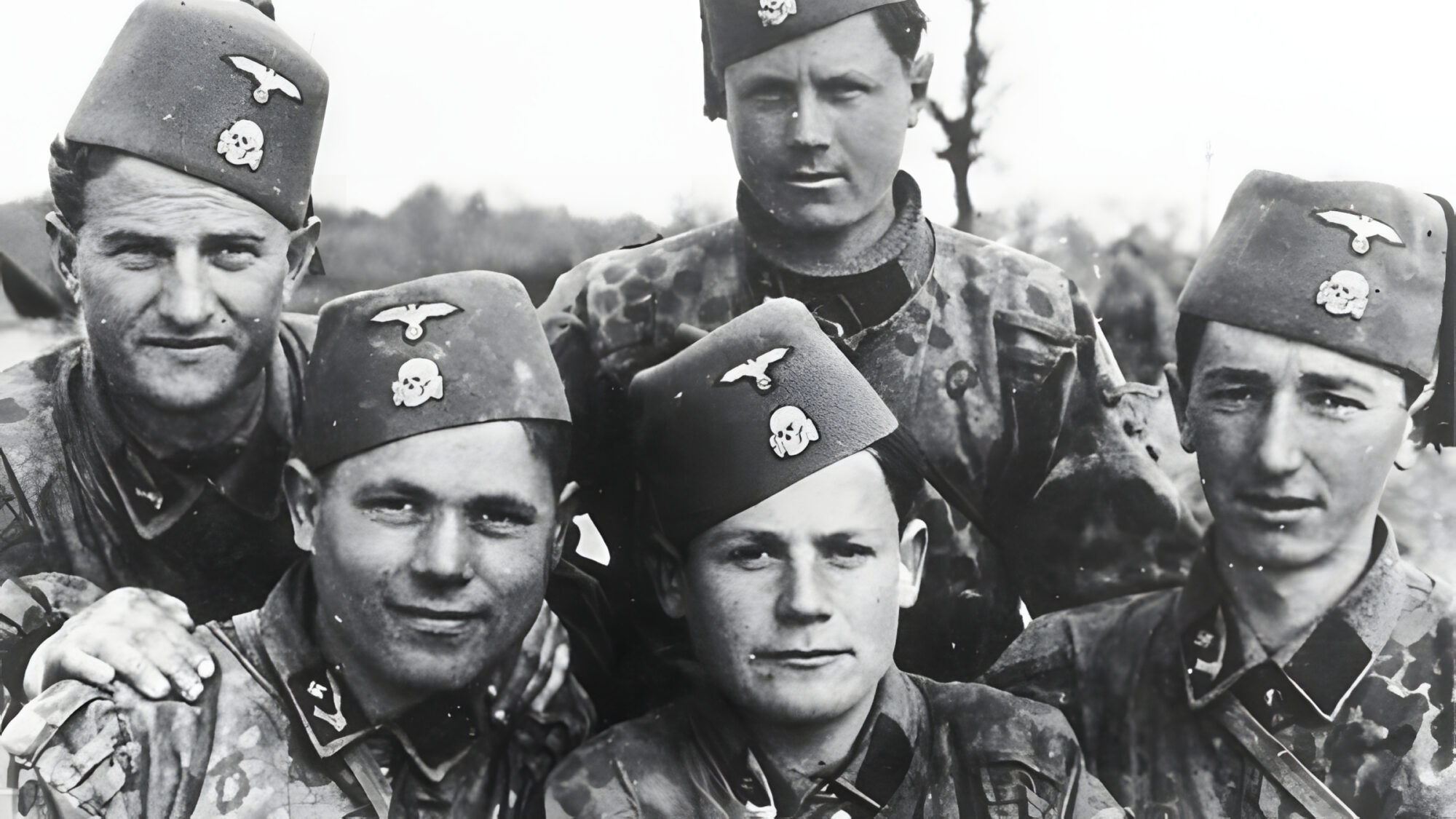 This article appears in: December 2010

As someone who has followed and written about the 1990’s war in Bosnia, my attention was drawn to the article entitled, “Himmler’s Recruits” (Insight, September 2010 issue). Although the Nazi connection to the Bosnian Muslim 13th Waffen SS Division is well known, few people know of the Arab world’s connection to the unit known as the Hanjar Division. The name Hanjar is defined as “saber” from the Arabic and sometimes spelled Handzar, was also said to mean “slit the throat.”

A Christian Activist for Israel article entitled, “The Arab/Muslim Nazi Connection” shows a photo taken in 1943 of the Grand Mufti of Jerusalem, Haj Amin el-Husseini, reviewing Bosnian Muslim troops—a unit of the Hanjar (Saber) Division of the Waffen SS which he personally recruited for Hitler. The article reported that “in 1943 the Mufti travelled several times to Bosnia, where on orders of the SS he recruited the notorious ‘Hanjar troopers,’ a special Bosnian Waffen SS company which slaughtered 90 percent of Bosnia’s Jews and burned countless Serbian churches and villages.” Unfortunately, the demise of the Hanjar Division after WWII was not permanent.

In a 2008 article “Revising Nazism,” historian and Balkan expert Carl Savich writes of the Bosnian Muslim government’s attempt to reestablish the Nazi SS Handzar Division in 1993. Savich reported the early planning for the Muslim unit: “The Bosnian Muslim faction had threatened to reform and to recreate the Handzar Nazi SS Division. In October, 1991, the Bosnian Muslim magazine Novi Vox in Sarajevo, in issue no. 3, well over half a year before the civil war broke out in 1992, published a front-cover illustration showing a Bosnian Muslim Nazi SS officer in the Handzar Division stepping on the decapitated and bloody heads of Serbian leaders, including Bosnian Serb leader Radovan Karadzic. The caption read: ‘The Handzar Division is ready!’ Another headline announced: ‘The Fourth Reich is coming—Welcome!’ This revival of Bosnia’s Nazi and SS genocidal past was censored, suppressed, and covered-up in the U.S. and the Western media. But the Bosnian Serb population got the message very clearly.”

From a strategic viewpoint, the reconstituted Hanjar Division had little actual military value; made up mainly of local extremists, it was soon renamed “el Mujjahid” and was used mainly to terrorize Serbian villages. With Iran’s sending in mujahedin from the entire Muslim world to fight the Christian Serbs; with a compliant Bosnian Muslim president, Alija Izetbegovic, who issued a passport to Osama bin Laden in his Vienna embassy in 1992 thus enabling the world’s greatest terrorist to visit Bosnia and Kosovo on three different occasions; combined with a flawed Bosnian foreign policy by U.S. administrations in support of a jihadist government in Kosovo, one can safely say that with the U.S. adoption of the Islamic cause in Bosnia and Kosovo, the Handjar can proudly announce “Mission Accomplished.”

Close Calls in a M-1 Helmet

I read the story about the M-1 helmet in your September 2010 issue. I couldn’t help but send you the story of our G Company, 398th Mortar Section sergeant and the picture of his helmets:

“At the reunion in Lancaster we were all telling stories of our close calls during the battles in Europe. The winner, hands down, was John Crowley, our mortar section leader. He was hit in the helmet by rifle fire on two occasions, in the front (left) and out the back (right). The first was above Soucht, France, on December 4, 1944, at the start of our first attack in Bitche, and the second was near Jagstfeld, Germany, on April 6, 1945, after we had crossed the Jagst River. He had both helmets sent back to the States and they are now on display in his home.”

Horrors of the Holocaust

Regarding Richard Rule’s “Infamous Mass Murderer” in the June 2010 issue, I can honestly say that that article was the most penetrating and emotional depiction of the Holocaust that I have ever read. I have been a reader of your magazine for several years, and as it is my habit to read every article, this one on Rudolph Hoess really bothered me.

Mr. Rule did an outstanding job in researching and presenting a story that must be told to every generation. It is unconscionable that the wartime leaders, civilian and military, of the victor nations did not move to stop the wholesale butchery. A stain, I might add, that will not wash off of the reputation of the nations and leaders involved in the European war.