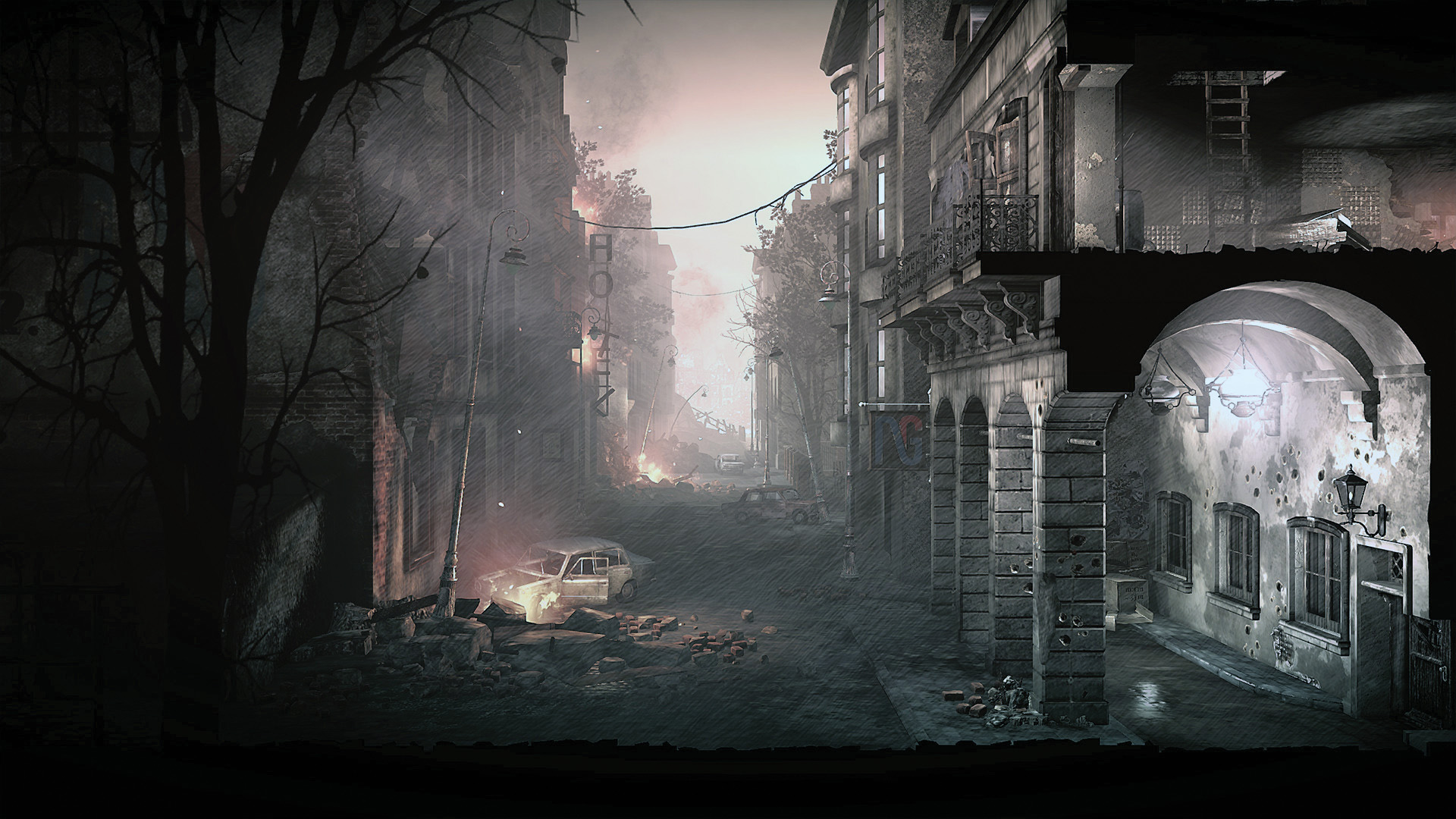 Desperate times call for desperate measures in 11 bit studios’ grueling but important this war of mine.

This War of Mine is unlike any war game I’ve ever played. Part strategy game, part The Sims, 11 bit studios’ bleak wartime experience is something that’s tough to play but important. It’s not the type of game that has you lording over the battlefield like an all-knowing, all-seeing commander, and it’s not the kind that respawns you all over the map and rewards your kills with airstrikes and supply drops. There aren’t attractive points popping up over the heads of your freshly wasted targets, but there is a real sense of dread looming as each day comes to an end. Hopelessness abounds, but anyone who wants something different from their war games shouldn’t hesitate to enter the world of This War of Mine.

That world is an unspecified Eastern European warzone, in which you and a few others find themselves attempting to simply live from day to day while battles are fought all around you. Leading the group and keeping everyone alive can involve everything from making sure your people get enough sleep to venturing out to scavenge for items to make the next day just a little bit easier. There’s never enough time in the day to do everything, but you do what you can, hunker down, and hope the night and others in the war zone aren’t as cruel to you as they may have been before.

There are plenty of dangers to look out for in This War of Mine outside of starvation, sleep deprivation, and depression. No matter how dark it gets inside your structure, it’s most definitely darker outside, and a simple trip to gather medical supplies or food can turn into a nightmare. On the other hand, what seems like an otherwise ordinary night can end up being one during which a party decides to raid your group. They’ll take your stuff, assault your people, and leave you all the wearier for the following day. The fact that this all happens off-screen is not reassuring at all. A note that your camp has been raided is just as devastating as seeing it happen for yourself. 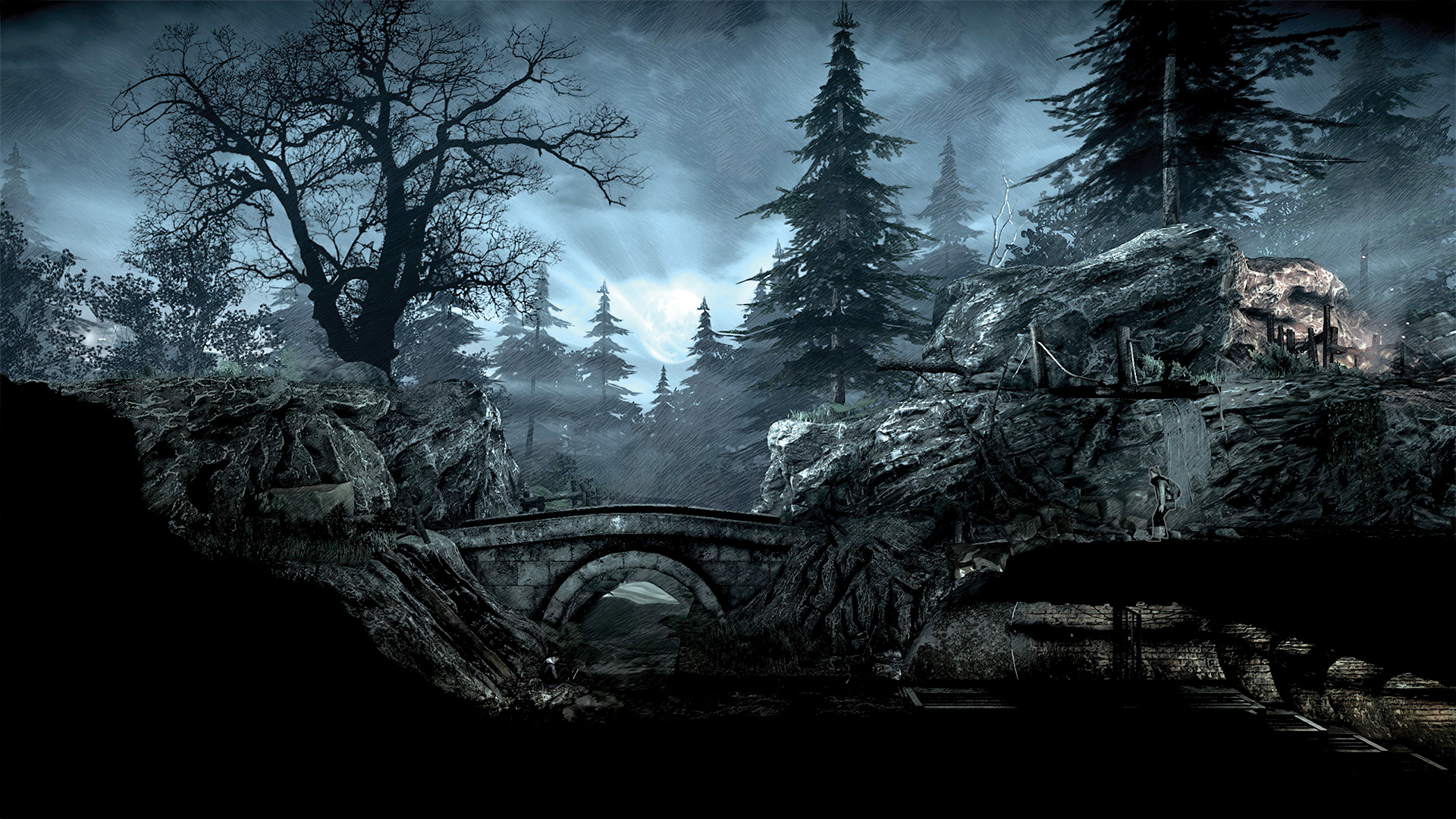 It’s not just raiders and marauders that attempt to enter your space, though. Sometimes other survivors will come by looking for some kind of relief. They’ll ask if they can join your group, barter for or request some items, and these are the positive interactions. Taking someone in could benefit your people. They could be another strong, able body that can craft things, patch walls, open up the space more, grow and catch food, etc. Or they could end up being relatively helpless themselves, resulting in another sad, pained mouth to feed. You could turn them away, or you could ignore the visitors entirely and hope they move on and leave you and yours alone.

No matter what you choose, there will be a nagging suspicion that you chose poorly. When you turn someone away, when an ally gets assaulted on a supply run, when someone is too tired to help and you know it’s because you sent them out on their own the day before. This War of Mine is full of decisions, and none of them are easy. All of them have consequences, and all of them will leave you with a heavy heart.

If it sounds like the biggest bummer of all time, it certainly can be. Playing This War of Mine can occasionally feel like a chore. You won’t always be in the mood to pick it up, and some of the setbacks will make you want to wipe your save completely and start from scratch. Characters will fall into a deep depression, and even commit suicide. Thankfully, 11 bit studios wedged a few beacons of hope in this rubble-strewn expanse. When you lose, for instance, you’ll see small notes describing what each of the characters is fighting for. No, I don’t mean that in war terms, I mean you’ll read about why they’re even bothering to survive. You’ll see snippets of their story; the family and friends with whom they hope to be reunited. It’s not much, but it’s enough to encourage you to give survival one more shot.

The folks at 11 bit studios were able to craft such a believable experience because it hits close to home. The developers are based in Warsaw, Poland, and they put a great deal of effort into making sure This War of Mine is an authentic experience. Is it a fun experience? Not really, but it’s still one that’s worth having. 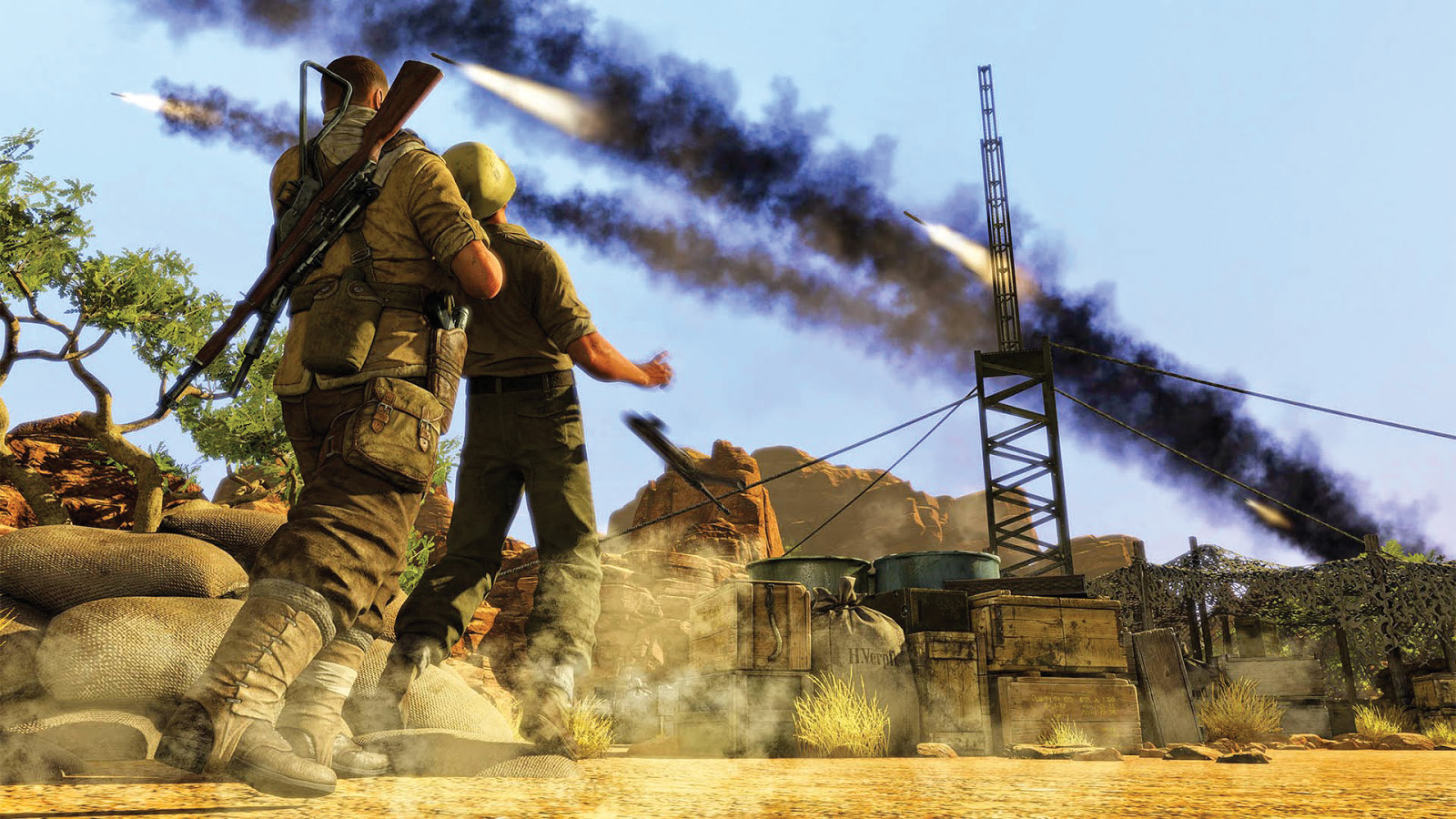 If you’ve been holding out on getting Rebellion Development’s Sniper Elite III on consoles, there’s now an even better way to get into the x-ray-blasting action. Sniper Elite III: Ultimate Edition recently made its way to PlayStation 3, PlayStation 4, Xbox 360, and Xbox One, packing the base game with nine additional DLC packs.

The DLC in Ultimate Edition includes the Save Churchill missions—In Shadows, Belly of the Beast, and Confrontation—as well as 18 additional weapons, bonus multiplayer maps, and other modes that have been added since the shooter’s initial launch. New gameplay modes are the single-player Shooting Range, the co-op Twilight Strike Overwatch mission, and multiplayer Capture the Flag mode.