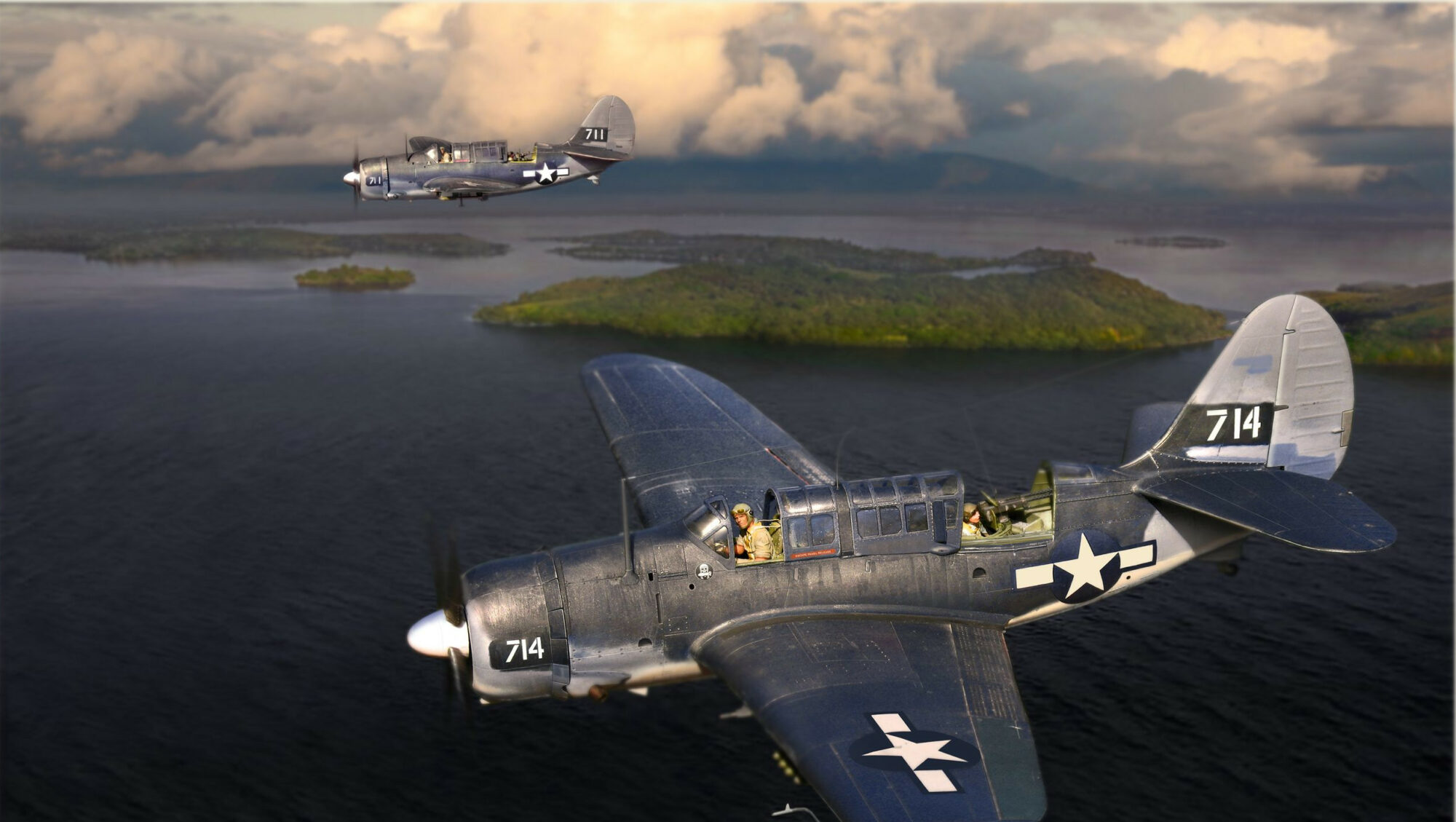 Photo Credit: In this painting by Jack Fellows, Curtiss SB2C Helldiver aircraft of VMSB-244 ("Bombing Banshees") are shown off of Mindinao in June 1944. VMSB-244 went on to attack targets on Leyte Island prior to December 1944. VMSB-244 was the first USMC squadron to operate the SB2C, which was in the Philippines.

The Marines found little use for their air arm in 1944, the Army gladly accepted their help for the invasion of Leyte.

By Eric Hammel After the Japanese stopped resisting in the skies over Rabaul and pulled their aircraft out of the Solomons and Bismarcks battle area in mid-February 1944, it began to appear that U.S. Marine Air’s glory days were over. From August 20, 1942, until February 17, 1944, Marine Air had carved a significant, perhaps central, position for itself in the prosecution of the grinding war in the South Pacific. Several thousand Marine pilots and bomber crewmen had taken a leading role in b

4 thoughts on “Marine Air Power in the Philippines”