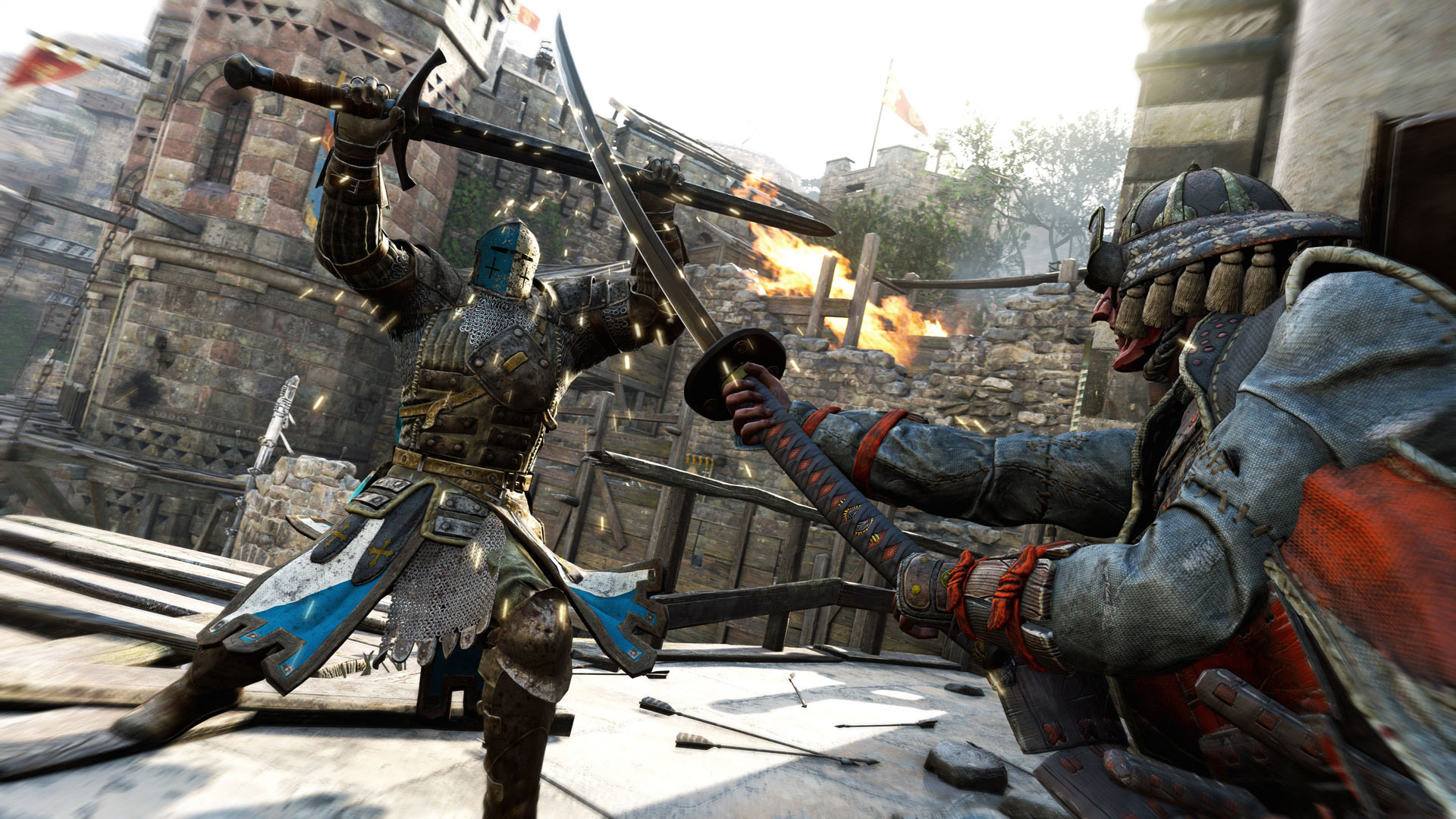 We dust off our crystal ball for a quick look at some of the most hotly anticipated war games lined up for 2017.

This article appears in: March 2017

Now that we’re comfortably settled into the new year, it’s time to take a look at what 2017 has in store for war gaming. At a glance it looks like we’re going to have a more varied year than ever, with plenty of the usual strategy suspects on PC, some interesting newcomers, and a hopeful return to form for the dormant World War II first-person shooter genre. Without further ado, here are four of the games we’re looking forward to that will be in our hands before the year is over.

At the time of this writing, the For Honor beta is getting ready to kick off, so more people will soon have a better idea of how the hack-and-slasher handles. What makes this so special, though, and why are we tackling it in the pages of this magazine? For Honor may not be a historically accurate experience, but it’s one of those “dream scenario” games that pits soldiers from drastically different regions against one another. If you ever wanted to try your hand at defeating a samurai with a mighty Viking, for instance, your chance is almost here. 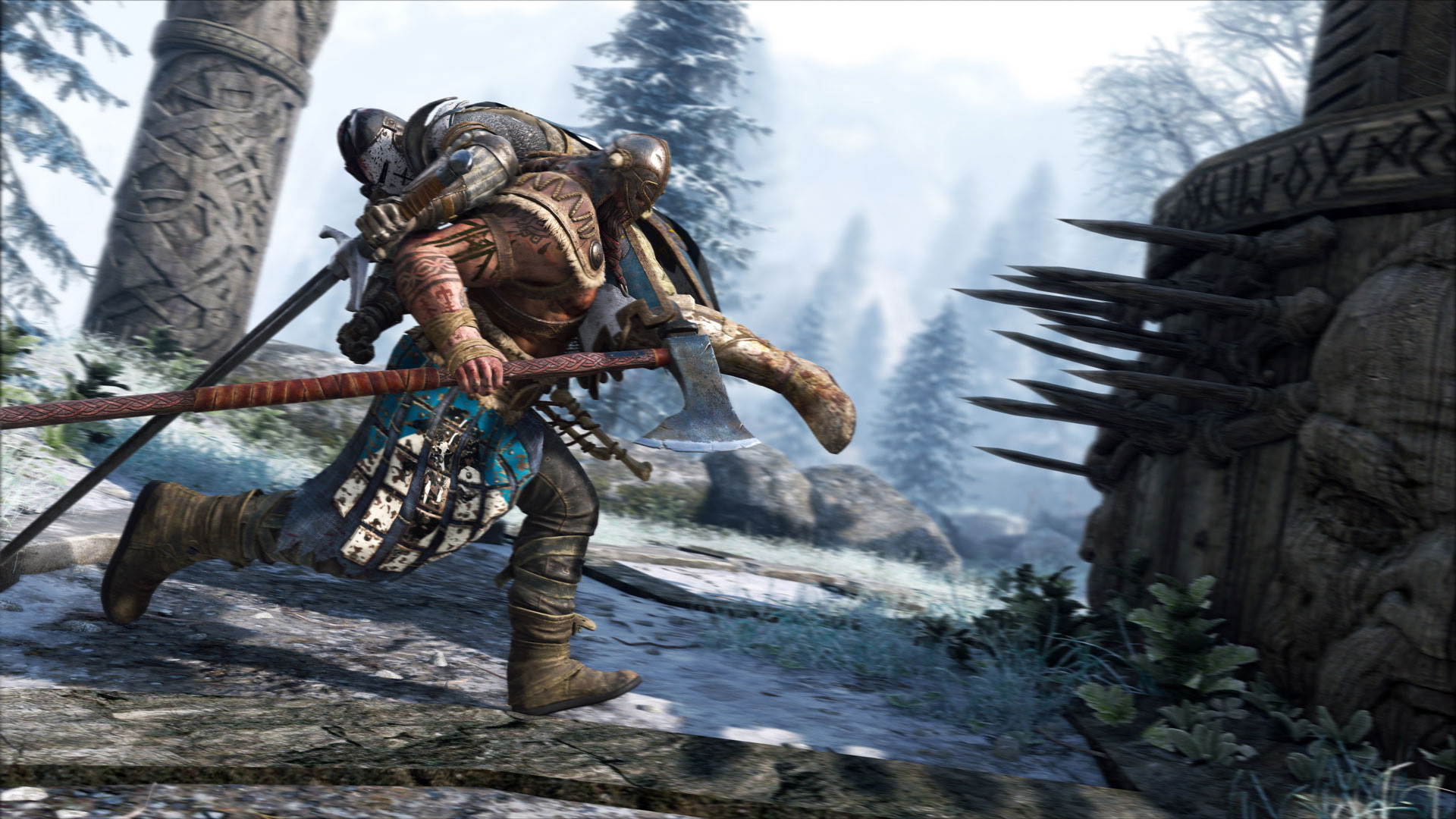 The different factions in For Honor are The Legion, The Chosen, and The Warborn, representing medieval knights, samurai, and Vikings. There are four classes within each faction, as well, including Vanguard, Heavies, Assassins, and Hybrids, which, as the name suggests, combine aspects of the other classes and mixes them with unique skills. The class names vary within their respective factions, and Ubisoft plans on adding more before the full game arrives.

Class-specific melee weapons will be used to take down foes from other factions, and an “Art of Battle” tactical combat system assists in taking down some of the stronger enemies. So far one of the most exciting prospects of For Honor is its multiplayer, which currently has five modes: Dominion, Brawl, Duel, Skirmish, and Elimination. As long as Ubisoft continues to support For Honor after launch with new maps and added features, this could be a real PvP treat in 2017. 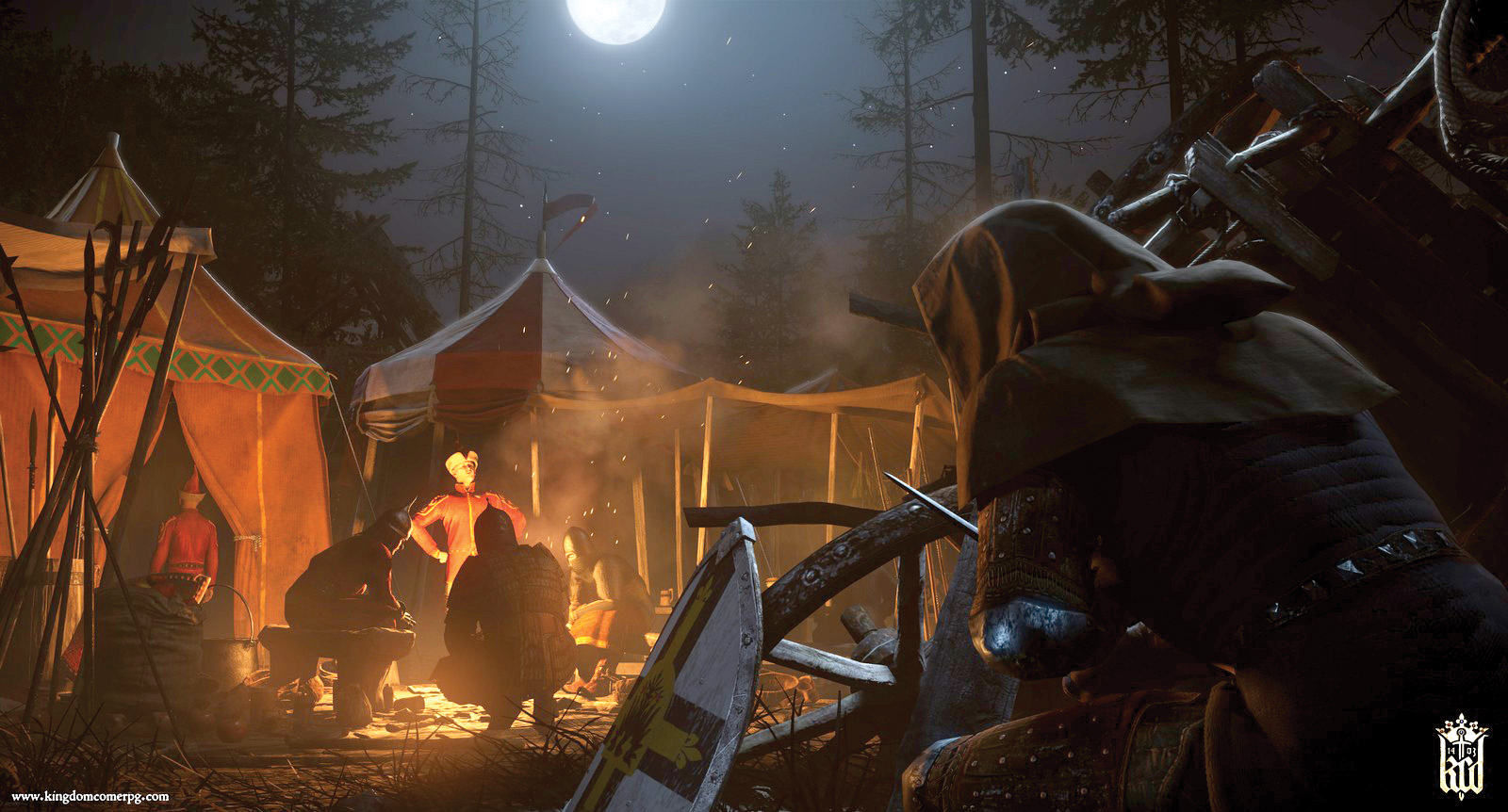 Speaking of medieval settings, developer Warhorse Studios is cooking up a realistic, first-person take on medieval Europe in Kingdom Come: Deliverance. Planned for a worldwide release this year, Deliverance takes place in 1403 in the Kingdom of Bohemia, one of the Holy Roman Empire’s Imperial States. Based on a true story, we enter the picture in the midst of an invasion, of which your character, a blacksmith’s son named Henry, ends up as his family’s sole survivor. Thus begins the road to redemption across a detailed 15th-century landscape, complete with castle sieges and historical battles.

Outside of battles, players will be able to use their charisma and reputation to influence people to help on quests and investigate various crimes. Having an arsenal of diplomatic skills at your disposal means you won’t always have to rely on brute force to move forward. In scenarios that present combat as the sole option, Deliverance employs a realistic take on European sword fighting. Different fighting styles are available—as well as weapons like swords, axes, and maces—and armor plays a major role in survival. At its core Kingdom Come: Deliverance is an open-world RPG, so it should be interesting to see how it works its setting and historical story into that context. 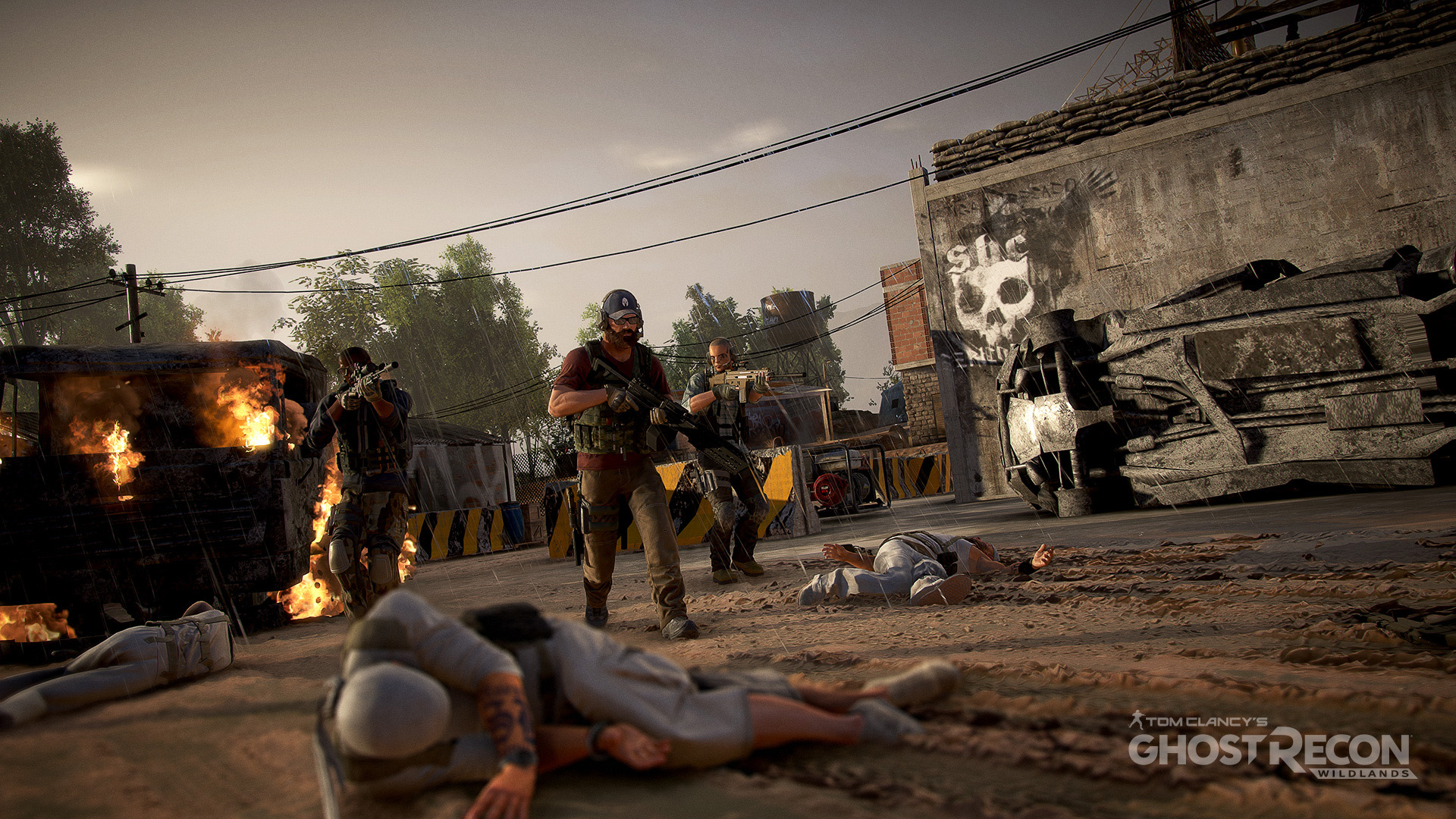 Tom Clancy’s Ghost Recon Wildlands marks the 10th entry in Ubisoft’s long-running series, but judging from the company’s recent development habits, the big change in this one should come as no surprise. Yep, you guessed it, Wildlands is the first Ghost Recon game to go open-world. The setting for exploration is Bolivia, which the Ghosts have been dispatched to in order to take care of the Santa Blanca drug cartel and expose its government connections.

From the mountains to the deserts, the terrains in Wildlands look like they’re going to live up to the game’s title. A dynamic weather system and day-night cycle gives your team the opportunity to come up with timing tactics that will provide the necessary advantages for each mission. When prepping for those missions you’ll be able to fully customize your character and gear, choose the appropriate loadout, customize firearms, and pick from over 60 vehicles, including motorbikes, boats, helicopters, and more.

As of right now there’s a beta for Wildlands, but next time we cover it we should be able to provide a review of the full game. We’ll see if Ubisoft Paris can successfully mix the intense tactical elements of the Ghost Recon series with all of these lofty open-world promises. 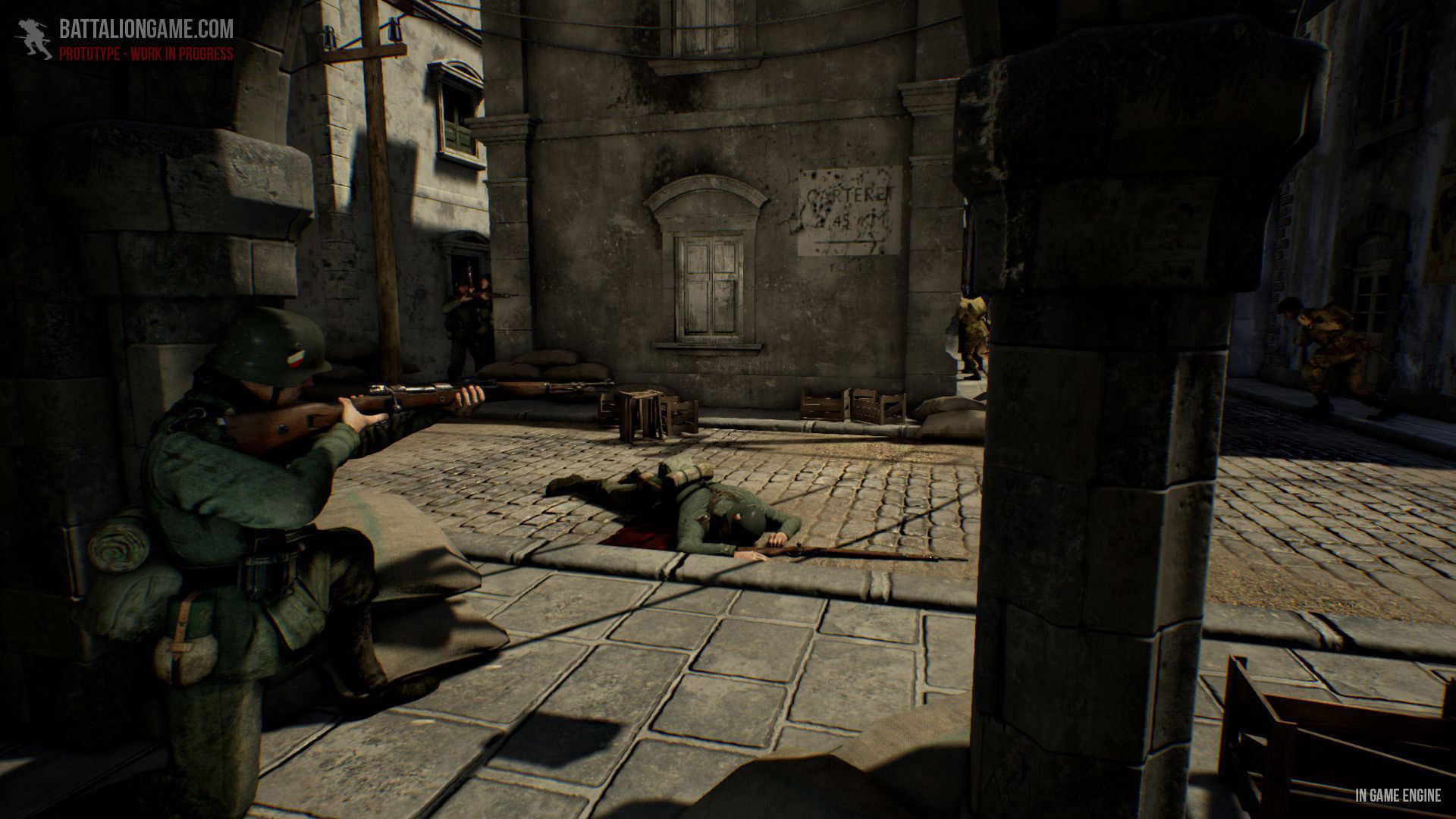 Battalion 1944 might just be the biggest question mark on this list, but it’s also one of the games we’re looking forward to the most. It’s been a while since World War II was in the spotlight as far as big-budget first-person shooters are concerned, and so far it seems developer Bulkhead Interactive has the right mind-set to make it work.

The infantry-based shooting action of Battalion 1944 puts an emphasis on “raw skill,” to use the developer’s own phrasing. They fire some not-so-subtle shots at the competition in the process, promising “No grinding, no ‘exosuits,’ just you and your skill as a player.” Take that, Call of Duty! Actually, considering the lukewarm response to CoD’s recent foray into outer space, it wouldn’t be surprising to see them follow Battalion’s act and return to the roots of WWII.

Bulkhead is teaming up with Multiplay to provide official servers for multiplayer, so that’s going to be a major component of the final product. A focus on community-driven development will give players the opportunity to shape how it grows, as well, so it has the potential to develop a strong community. Regardless of how it turns out, Battalion 1944’s original Kickstarter campaign was successfully funded in just three days. If anything, that should send a message to every other developer that there’s plenty of hunger out there for solid WWII shooting, so bring on as many as you can until we get full all over again.