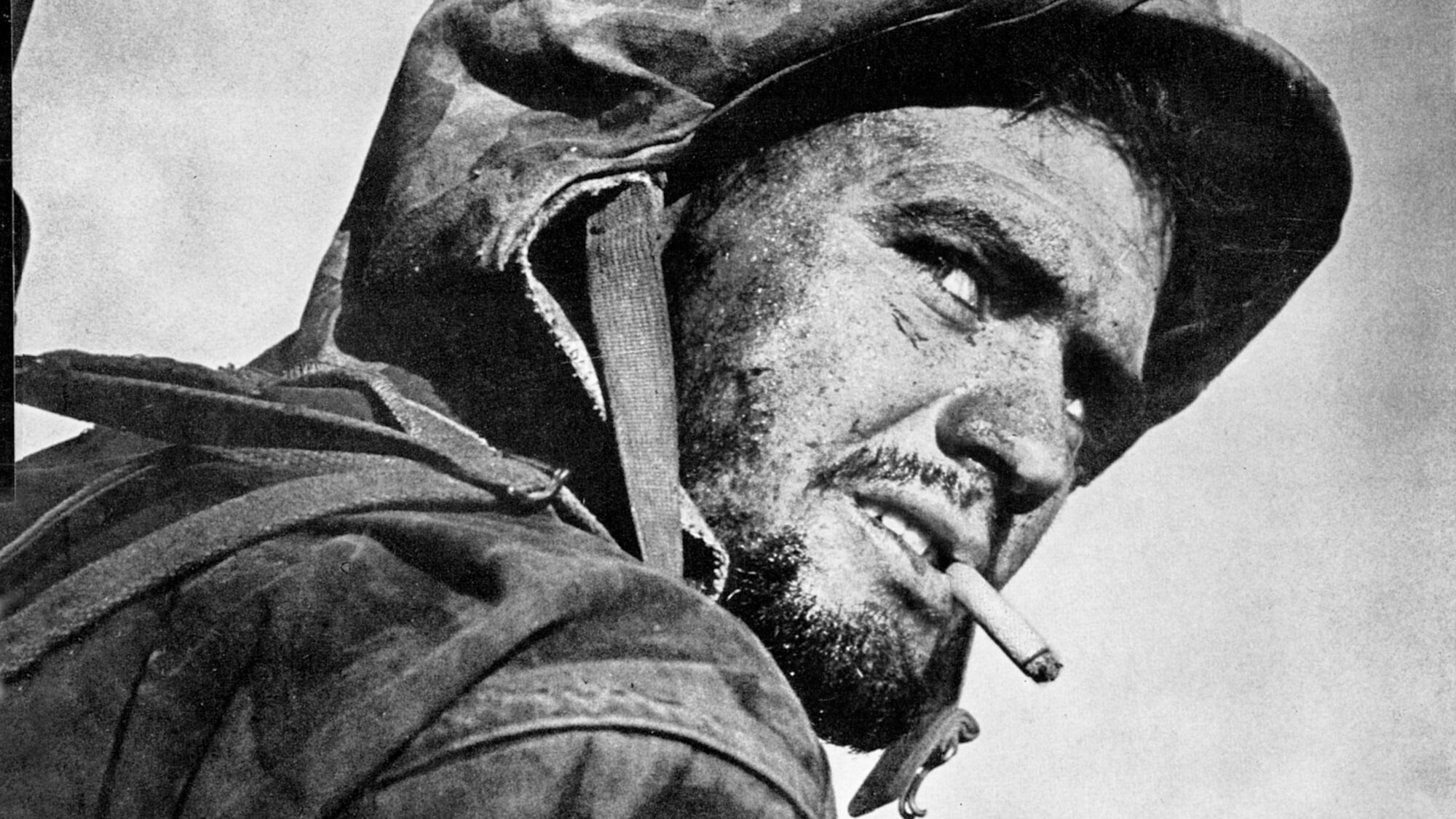 I have being reading your magazine for several years and I would like to congratulate you on the fine job you are doing. However, in the Late Fall issue I noticed a small mistake. On the cover of the magazine you feature the picture of a Marine in Saipan. If you want to find the truth about his identity then you should probably check www.helleniccomserve.com/angelokloni. It is a long story but all I can say is that the soldier in the picture is named Angelo Klonis. He was a Greek immigrant who came to the USA before World War II and settled in Santa Fe, New Mexico. He served in the U.S. Army during the war.

Masterstroke in the Desert

Congratulations on that wonderful article by Jon Diamond about General Richard O’Connor (Early Winter 2012 issue). His desert offensive beginning at Nibeiwa on 9 December 1940 is one of the classic campaigns of World War II. Here were three British generals we seldom read about [Richard O’Connor, Archibald Wavell, and Eric Dorman-Smith] putting their heads together and coming up with a master plan to attack an Italian army many times their size. It was, as Diamond suggests, a “Masterstroke.”

Richard O’Connor’s and Dorman-Smith’s tactical plans for the battle were brilliant. Their artillery and a few battalions of infantry would begin the attack from British positions in the east by creating a huge display of firepower, intended only to create a diversion and to focus Italian attention on their eastern flank. His main attack would be led by heavy British Matilda tanks and the main body of his infantry which had been trucked around behind the Italians. The main British attack would come from the west, the same direction as their supply vehicles. An excellent plan, displaying a sound grasp of unit movement and a thorough understanding of combined arms tactics.

Jon Diamond correctly gives General Eric Dorman-Smith most of the credit for this very original plan. Dorman-Smith was one of the most intelligent and innovative officers in the British Army. Richard O’Connor also played a part in the planning process. I would like to add the name of Colonel A.H. Gatehouse to this list. According to Correlli Barnett, Colonel Gatehouse was second in command of 7th Armored Brigade at the time, and the chief armor umpire for exercises that deployed forces for a normal setpiece battle while attacking from the west. These exercises were held prior to finalizing plans for Nibeiwa. Both Gatehouse and Dorman-Smith argued against a two-hour delay in the armored attack while British artillery pounded Italian positions. It was this argument against the time delay that forced a change in plans and resulted in the plans to attack the Italian rear while British artillery was engaging the Italians from the west.

In one of the war’s great ironies, Generals Eric Dorman-Smith, Richard O’Connor, and A.H. Gatehouse were all gifted commanders. They were all comfortable with mobile battlefield operations and combined arms tactics. The man who replaced them in North Africa, General Bernard L. Montgomery, had neither of these gifts. Combined arms tactics remained a mystery to him throughout the war. For want of a better description, he was said to be the “Master of the Set-Piece Battle.”

My grandpa, J.C. (Jake) Parker, was a World War II vet with the 516th Quartermaster Truck Regiment that was trained at Camp Van Dorn near Centreville, Mississippi. The camp was named after American Civil War General Earl Van Dor whose raid on General Grant’s supply depot caused Grant to once again give up his attempt to take Vicksburg.

My grandpa was sent to Iran as a truck driver taking supplies to the Russian Army through the Persian Corridor. He passed away in 2002, leaving me the 784 photographs he took while at Camp Van Dorn, Iran, and several other locations in the Middle East. Included in the photo album are photos of President Roosevelt arriving at Camp Amirabad in a jeep convoy to speak to the troops and some of the “Big Three” at the Teheran Conference.

Over the last few years I’ve located and become friends with several of the brave men of the Persian Gulf Command. They call themselves the F.B.I. (Forgotten Bastards of Iran).

There were 30,000 brave American troops in the Persian Corridor and little to no books or documentaries have appeared on the very hard job they performed in supplying 60 Russian divisions that helped our American boys on the front lines by keeping it a two-front war. I’m sure I’m not the only one who would love to see their story told.

Even though it was not a combat zone, those boys suffered extreme heat and danger and I think their story should be told. They deserve it. If anyone else out there has any information or is interested in what I know, please contact me. I have group photos with names for the 516th Quartermaster Truck Regiment and another group photo of Drivers Training School Second Army Special Troops that has the U.S. Army Signal Corps logo on the bottom right corner.

And, to all the men of the Persian Gulf Corridor: You are not forgotten. I am very interested in your story and would love to hear about it.

The story about General Sosabowski (Early Winter 2012 issue) epitomizes the turbulent history of Poland, incredibly neglected in American historical awareness. We glorify and respect our erstwhile implacable enemies, the Germans and the Japanese, and out nemesis, the former Soviet Union (witness the ads for German memorabilia and histories, many of the latter fabricated in the Hitler era, especially the Luftwaffe and Panzer biographies, in your magazine), but generally ignore or minimize the histories of our truest ally, Poland. Poles, though defeated by the overwhelming might of both Germany and the Soviet Union, continued to fight until the last shot of World War II rang out. Polish forces in both the West and East were the fourth largest contingent of Allied troops (after the United States, Soviet Union, and Great Britain). There were no formations of Poles fighting alongside the Germans as there were from most other European countries, such as France, Hungary, Romania, Holland, Italy, and so on. Not one unit … not one American died from a Polish bullet. And yet all these countries are held in higher esteem and respect than hapless Poland, which was betrayed by her allies (especially FDR and Churchill) into almost 50 years of Communist hell.

Professor Aiello omits one very significant fact in his account, namely, “…300 Poles from General Sikorski … appalling condition … from concentration camps.” Who were they? Where did they come from? He should have mentioned they were former Polish POWs arrested in Poland in 1939 when the Soviets invaded Poland with the Germans and started World War II. In 1942, when the Germans turned on and invaded the Soviet Union, the Reds became instant allies of the West. How could they imprison their allies, the Poles? Thus some of them were lucky to be released. Many were not. Most of the Polish officers were shot in the back of the head in Katyn, Kharkov, Miednoje, and other hell holes in 1940. The remaining officer corps, some 400, did everything they could to leave the inhuman land that was the Soviet Union and, with the help of the Brits, they managed to leave, some 120,000 men and some women and children. Their saga is another unbelieveable story that should also be given wider publicity in the United States.

Recently, one such history appeared: When God Looked the Other Way by Wesley Adamczyk.