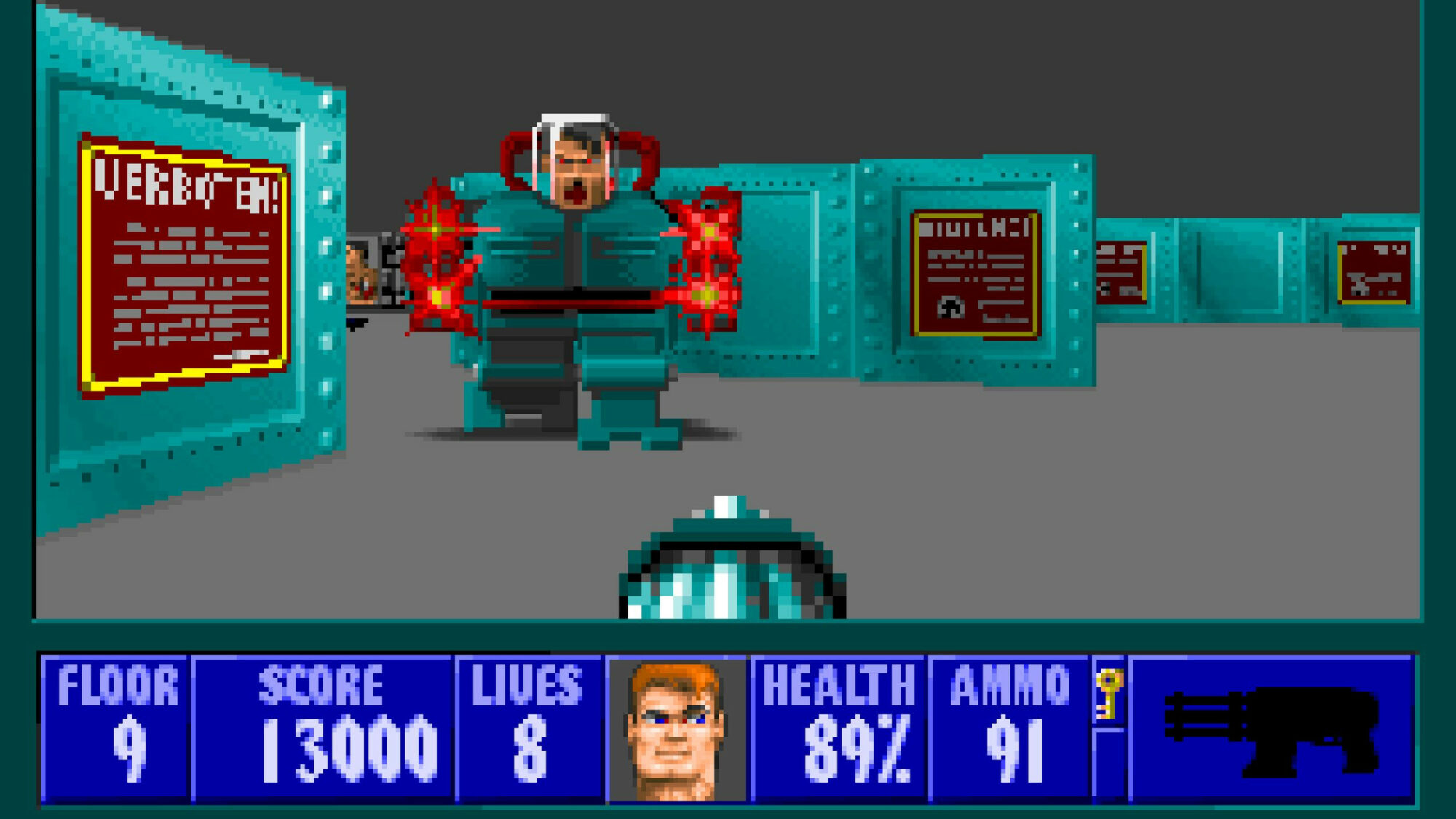 With decades of entertainment based on World War II behind us, and decades more down the road, there’s bound to be some (okay, quite a bit) that strays farther than “loosely” based on history and right into the realm of fantasy. Somewhere in that fiction-brewed historical vat bubbles the ultimate endgame to it all: killing Adolf Hitler.

Video games have been getting in on the Hitler-wasting action for almost as long as they’ve been around. Many of them don’t stray too far from reality, and his inclusion is expected to a reasonable degree in actual World War II fare like older Medal of Honor or Call of Duty games. However, the handful of times we’ve had to tackle Hitler face to face have been memorably wild. Let’s take two of the most notorious instances for example. 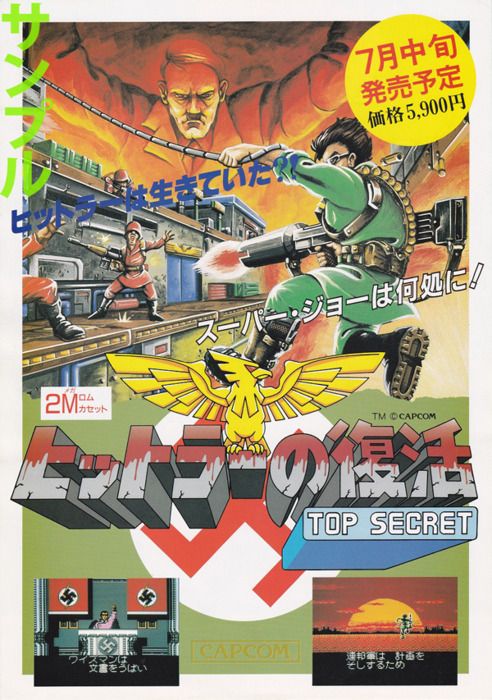 After hitting arcades in 1987, Bionic Commando was released for Nintendo’s Famicom console—known in America as the Nintendo Entertainment System—with a much more sensational title. What literally translates to The Resurrection of Hitler: Top Secret pretty much spells out what to expect in the mechanical arm-swingin’ action-platformer’s final showdown. When it was localized, all mentions of the game’s Nazi party were removed. Neo-Nazi nation flags sporting a swastika with a lightning bolt behind it were replaced with the Eagle-emblazoned symbol of the Badds, a group lead by Generalissimo Killt.

The identity of Adolf Hitler may have been changed to Master-D outside of Japan, but those who played the game to completion would still recognize Master-D’s face as that of Germany’s former Führer. Players were even treated to a relatively graphic animation of Hitler’s face contorting into a mushy mess and exploding; truly a cinematic treat for kiddies of the late 1980s.

It’s one thing to take out Hitler as he’s set to be resurrected, but id Software’s classic first-person shooter Wolfenstein 3D gave players a more terrifying foe to face before they could claim victory over the Nazi forces. Imagine the horrors of throwing down with Hitler when his body is encased in a large robotic suit saddled with not one, not two, but four chainguns. In reality an offense so bold might have actually turned the tides of battle, but those skilled enough at the seminal FPS were able to overthrow his cruel plans in up close and personal fashion. It’s worth noting that Nintendo of America wiped this aspect of Wolfenstein 3D clear from the Super Nintendo version of the game, removing Hitler’s moustache and dubbing the boss Staatmeister.

This brief tour through two classic titles brings us tumbling back to reality, where game creators are still finding ways to let players take “this time it’s personal” action on one of history’s most reviled leaders. The latest is a far cry from the fantastic, though, as Sniper Elite V2 challenges everyone to “Kill Hitler” via a special pre-order bonus mission.