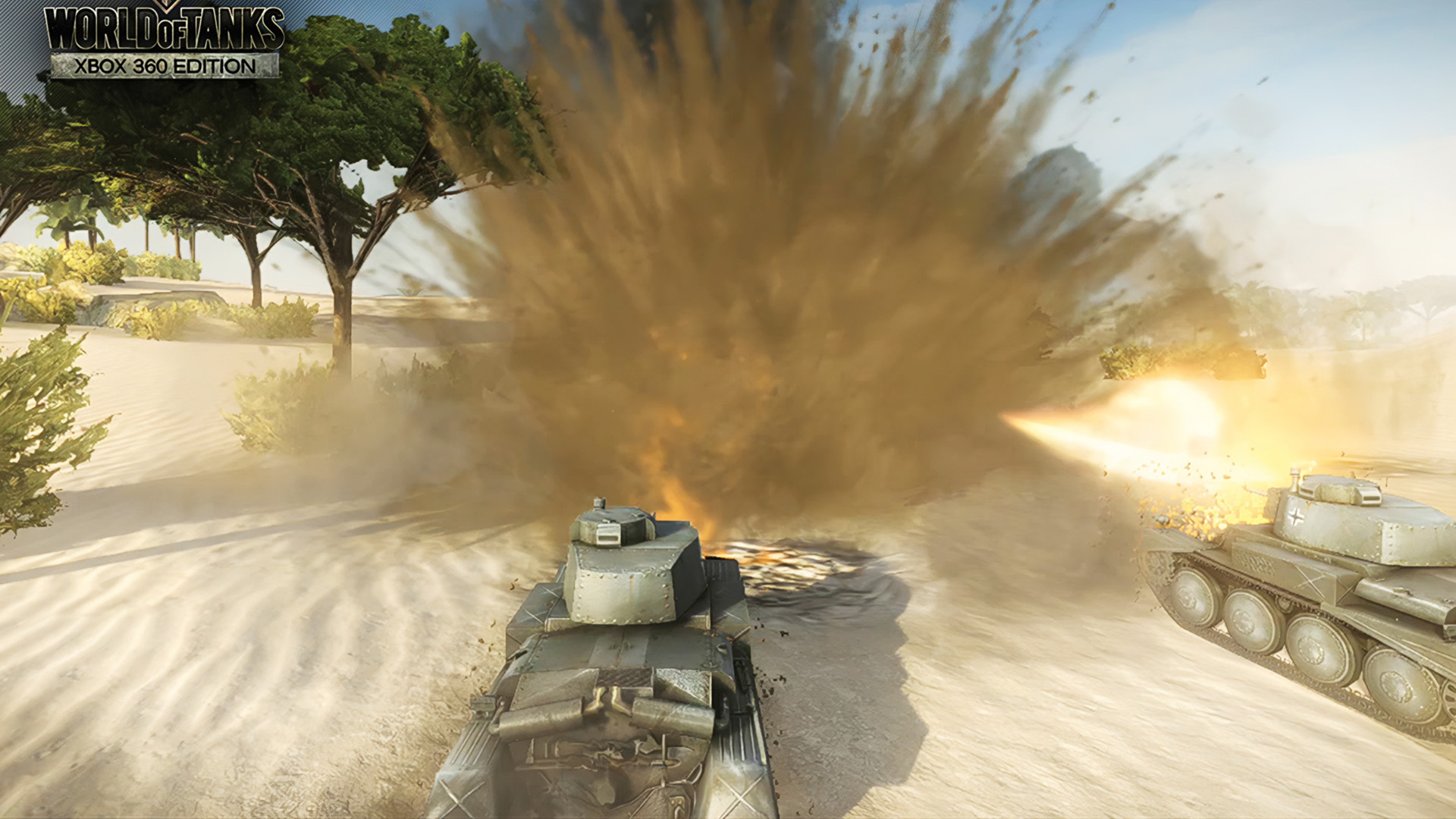 We hit the battlefield in the console version of World of Tanks, while the undead lumber toward sniping spots in a Nazi Zombie Army port.

This article appears in: June 2014

Imagine if World War II had been fought with nothing but the rolling menace of tanks. No troops on the ground. No planes in the sky. Just a bunch of tanks striving for dominance in the field of war. That’s what World of Tanks feels like—a world in which we abandoned our fragile forms and decided reinforced layers of steel were the only acceptable way to get around. If that sounds like fun to you and you happen to primarily be a console player, you’ll be happy to know that World of Tanks made a relatively smooth transition from PC to Xbox 360. War is hell, sure, but it plays pretty damn nicely on consoles.

One of the truly impressive aspects of World of Tanks that holds up well is its balance between simulation-style attention to detail and fast-paced arcade action. Controls are simple enough to pick up, but there are plenty of little things that make battles more than just a straight guns-blazing race through the battlefield. One moment you could be doing just that only to have a tread blown off, slowing your unit down or completely immobilizing it in the worst case scenario. The next shot could pierce your tank’s armor and find you riding around without a gunner. It’s unpredictable, and no two matches end up being the same.

World of Tanks’ particular pacing can end up keeping battles going late into the night. 15-on-15 matches aren’t entirely unlike normal shooters when they first start. Everyone disperses quickly and races to gain their own strategic ground—especially those who know the terrain well—and then the real fight begins. While matches rarely take up the full 15 minutes, the differing speed of each tank can make it seem like a long haul or something that’s over before you know it. Either way, though, you’re rarely too far from the fireworks. 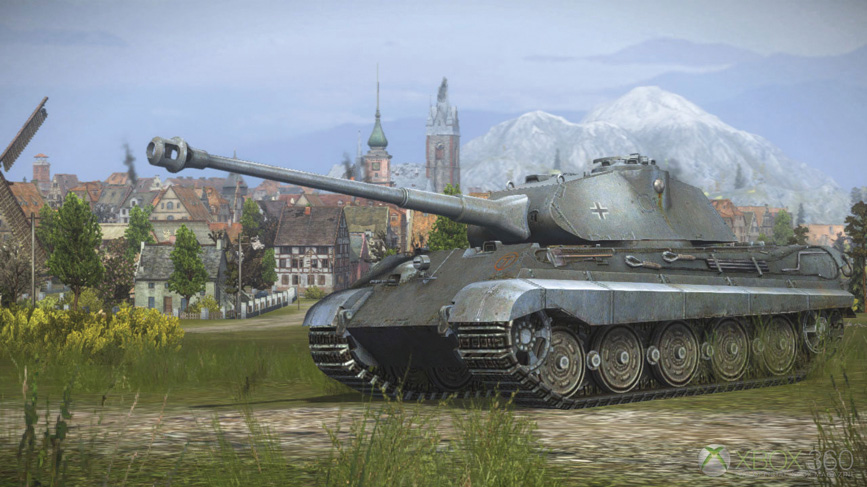 The combination and careful development of a few disparate aspects makes World of Tanks a more strategic game than one would think at first glance. Watch any trailer for the game and you’ll see nothing but explosions and utter tank-based mayhem, but playing “damn the consequences” style will often get you blown to smithereens. That’s where the environment and other more nuanced facets of the game come into play. Use the terrain wisely and you can overwhelm your enemies before they even have a chance to fire off a round. Even the most subtle positioning of your tank can alter the outcome of combat, so it’s worth taking the time to get used to maps and develop your own way of being comfortable on the battlefield.

World of Tanks doesn’t wear out its welcome too often, but console players will eventually find themselves longing for new maps and vehicles. Working to unlock all the available terrain and tanks can be quite a process—some might even disparagingly call it a grind, and I wouldn’t disagree—but as the list of available options gradually opens up the freshness of the first few play sessions comes pulsing back. With that said, there’s still a staggering amount of steel variety here to play with, and you may find that tanks unlocked at a later point better suit your particular style of play, so it’s worth experimenting as more and more become available. 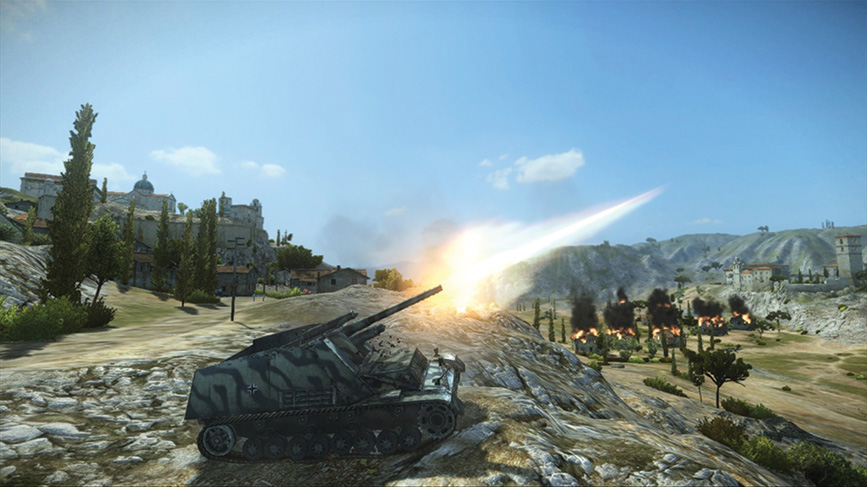 Of course, you could just buy your way through some of the more grindy aspects of World of Tanks, but you might find cutting to the chase isn’t as fun as working hard for the rewards. Those who do decide to throw down some real-world cash will get a decent amount of bang for their buck, but it’s important to keep in mind that, with perseverance and dedication, you can eventually unlock everything without spending any actual money. And don’t worry too much about deep-pocketed players ruining your fun by essentially paying to win and getting all the big guns right away. World of Tanks provides balance through match structuring and the variety of tank types, and just because someone purchased a heavy hitter doesn’t necessarily mean they’ll be able to use it well.

All that unlocking can be exhausting, but fatigue goes out the window when you have a good squad to play with. The strategy inherent to battle is much more enjoyable with friends, whether you go in with them in advance or end up finding solid strangers online. Headset communication allows for great tactical maneuvering potential, while those without will have to stick with communication presets for issuing orders. Still, it’s unlikely that anyone playing online on Xbox Live doesn’t have access to the packed-in headset.

It’s difficult to just slap a score on something like this and call it a day. Much like when the PC version first launched, World of Tanks still has quite a bit of growing to do. It may be a while before it makes it to that level, and it’s doubtful that a console version of a PC experience could ever truly mirror the original, but this is as solid a start as any. Players have a great foundation in World of Tanks, and it’s something that can only grow exponentially over the coming months. 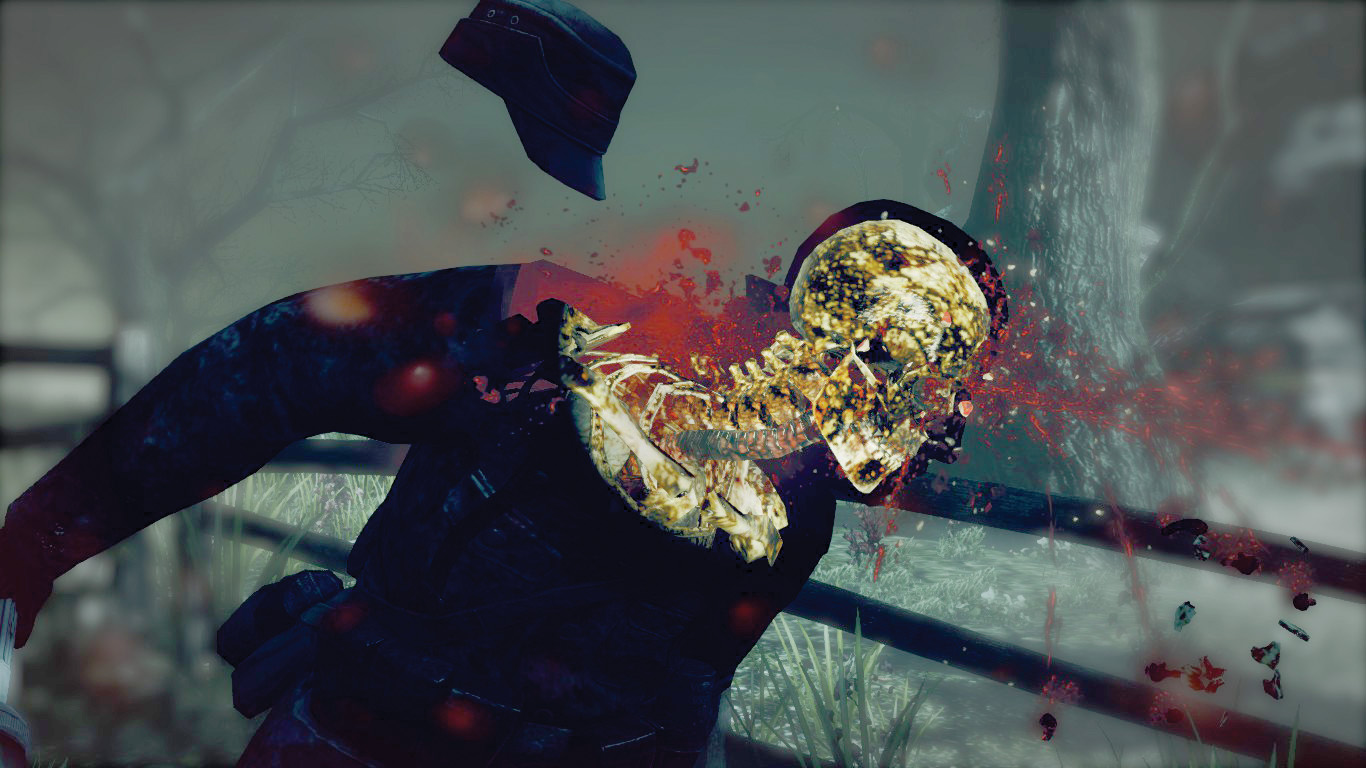 Recent years have seen pretty much every game try out a zombie mode in some shape or form, from the Call of Duty series to Sniper Elite V2 and beyond. The latter has a pretty fun spinoff we’ve covered in these pages before, and now the Sniper Elite: Nazi Zombie Army games are making their way to consoles.

Nazi Zombie Army has been very successful for UK-based developer Rebellion Developments. The first game and its sequel, Nazi Zombie Army 2, collectively sold more than half a million units worldwide over the past year, but the team promises the console version won’t simply be a repackaging of both games. At the time of this writing Rebellion’s CEO and Creative Director Jason Kingsley said they couldn’t confirm the platforms, but “there will be plenty of new content to get stuck into.”