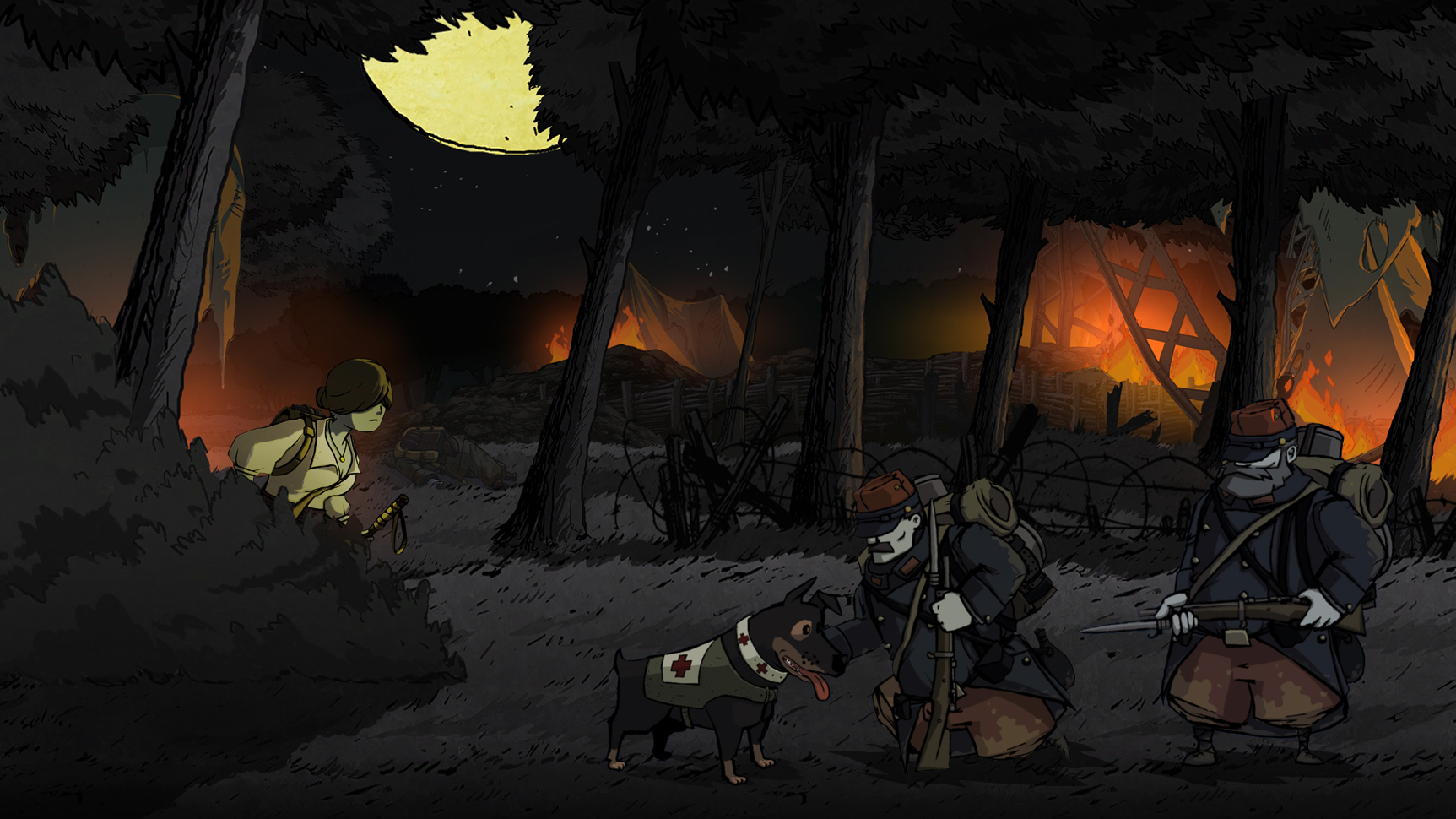 There’s a great story being told with Valiant Hearts: The Great War, and it’s one that doesn’t get told nearly often enough.

This article appears in: November 2014

The first time we previewed Valiant Hearts: The Great War, it was clear that Ubisoft and developer Ubisoft Montpellier had something special on their hands. Too often we find ourselves wading through the same few genres when it comes to war games, whether it be strategy or straight-up shooting, and that makes Valiant Hearts’ effort to tell a real story in a novel way all the more engaging. And now, Ubisoft’s touching portrayal of World War I is now available on the App Store.

How The Visuals Were Created

The very first thing you’ll notice about Valiant Hearts is its aesthetic. Beautifully illustrated 2D landscapes spread from foreground to background, with lively, cartoony characters interacting on the central plane. The lush visuals are all thanks to UbiArt Framework, Ubisoft’s in-house engine that’s also been used for games like Rayman Origins, Rayman Legends, and Child of Light.

The main benefit of the engine is that illustrators who work outside of game development can concentrate on the art, which an animator then takes to split up and apply a skeleton to it. The technical side of things takes over from there. Thus, any kind of image can be animated, so UbiArt Framework is able to draw from a wide variety of visual sources, from 3D renderings to India ink drawings, model clay backgrounds, and more. 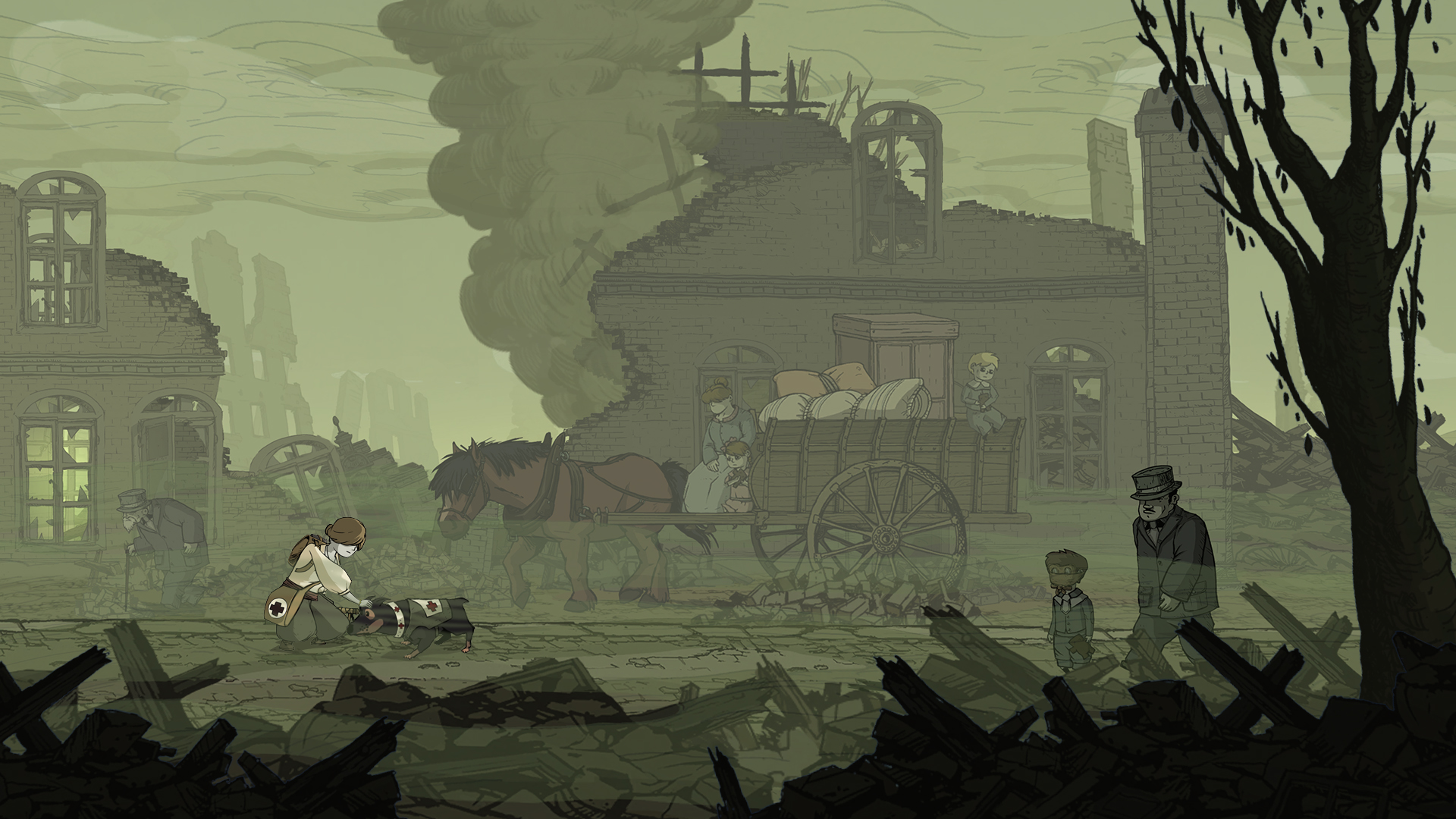 A Heart-wrenching Story Amid a Comic Foreground

Valiant Hearts’ attractive and lovingly crafted artwork contrasts nicely against the bleak setting of World War I. The story kicks off in 1914, as France begins to deport all German citizens in anticipation of war. One of those citizens is Karl, who gets separated from his wife Marie and their child, Victor. The same goes for Marie’s father, Emile, who is drafted into the French Army, trained, and quickly captured and forced to cook for the Germans.

While Karl finds himself serving under the infamous Baron Von Dorf, Emile soon meets an American named Freddie, and the two become fast friends. Their unlikely party is rounded out when a dog saves Emile and starts following them through battle, and a Belgian student named Anna—now a battlefield nurse—crosses their path and finds she shares a common goal. Revenge is on the menu, and Von Dorf is the main course. It’s going to take a great deal of blood, sweat, and tragic tears to take him down, but it doesn’t seem so impossible when this group bands together and takes advantage of their unique individual skill sets.

Emile runs around with a shovel and can dig through dirt, while Freddie can cut his way through barbed wire and smash obstacles. Anna uses her nursing skills frequently, and the dog is an all around crucial asset since it can squeeze through tight spaces and fetch otherwise unreachable items. With all that in mind, you can probably see how the puzzles manifest themselves in Valiant Hearts.

Simple Puzzles, With a Few Twists

Most of the puzzles are pretty simple, calling back to classic adventure games with isolated fetch quests and the like. There’s nothing terribly obtuse here, thankfully, and a lot of that is thanks to the comic-like language Valiant Hearts employs. Characters don’t really speak to one another in anything but mutters and a few scattered words, but little word bubbles will pop out with images hinting at what they might need. You’ll approach a taxi, for instance, which needs some water to run. That intuitively directs you to a fire hydrant that needs a wrench to turn it on, an empty bottle from a nearby character, and so on.

Valiant Hearts would be awfully dull if that’s all there was to it, but puzzles mix things up frequently. Sometimes you’ll just need to toss a stick at some untriggered explosives, or command the dog to go turn a lever to raise an item up from below. As you get deeper you’ll be working in tandem with one of your buddies, and some of the methods of progression reminded me of the 2000 PlayStation 2 puzzle game The Adventures of Cookie and Cream … except in this case the colorful world has been blown to smithereens in a brutal war.

There are even a few moments that could qualify as “boss battles,” in which you’ll be tasked with acting under a bit more duress than usual. That’s another place Valiant Hearts mixes things up. It sounds more chill than your average war game, but there are absolutely bombastic and thrilling moments. You’ll be running from and dodging falling bombs, evading enemy turret fire, and even dodging cars and obstacles in a rhythmic driving game set to rousing classical music. 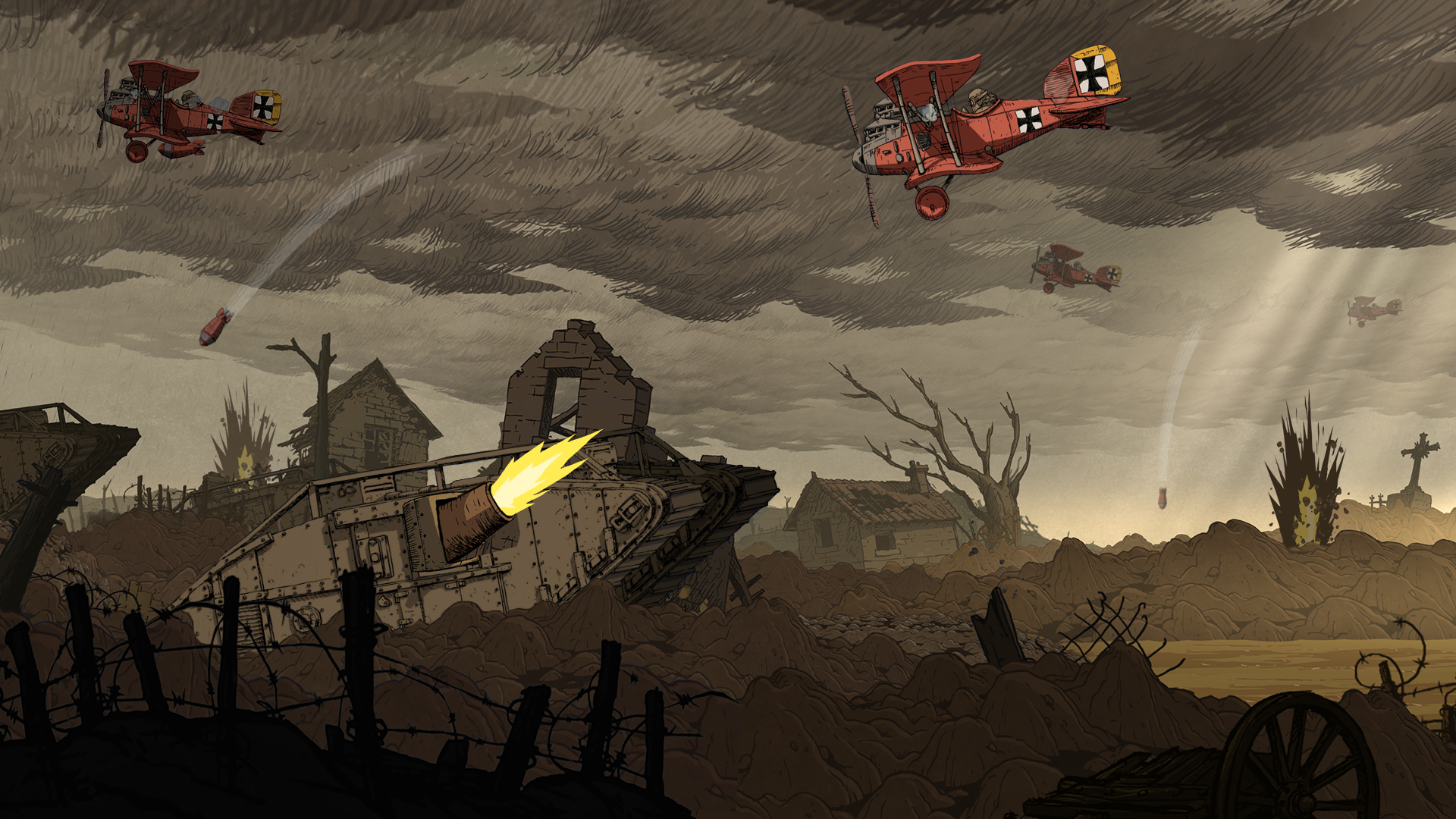 The story and characters in Valiant Hearts may be fictional, but its setting remains soaked in the true horrors of war. In addition to unlocking character diary entries, you’ll frequently receive new updates in the form of historical facts behind areas and situations you encounter. Ubisoft Montpellier teamed up with the creators of the five-part documentary series Apocalypse, World War I—a co-production between French company CC&C and Canadian firm Ideacom International—allowing them to incorporate real photos from the database into the game’s encyclopedia. Stumble into a medical area and you’ll be able to read about the presence of nurses in World War I, encounter your first flamethrower soldier, and read about the psychological effects their introduction triggered; it’s all just as fascinating as playing the game itself.

The best part is, pretty much anyone can enjoy Valiant Hearts. You don’t need to be an expert in twitch action or be a strategy-minded genius to play, you just need to have a bit of patience for puzzles and occasionally dodge a few things here and there. Anyone who has been turned off to past video game representations of war should give this one a chance; there’s a great story being told here and it’s one that doesn’t get told often enough.