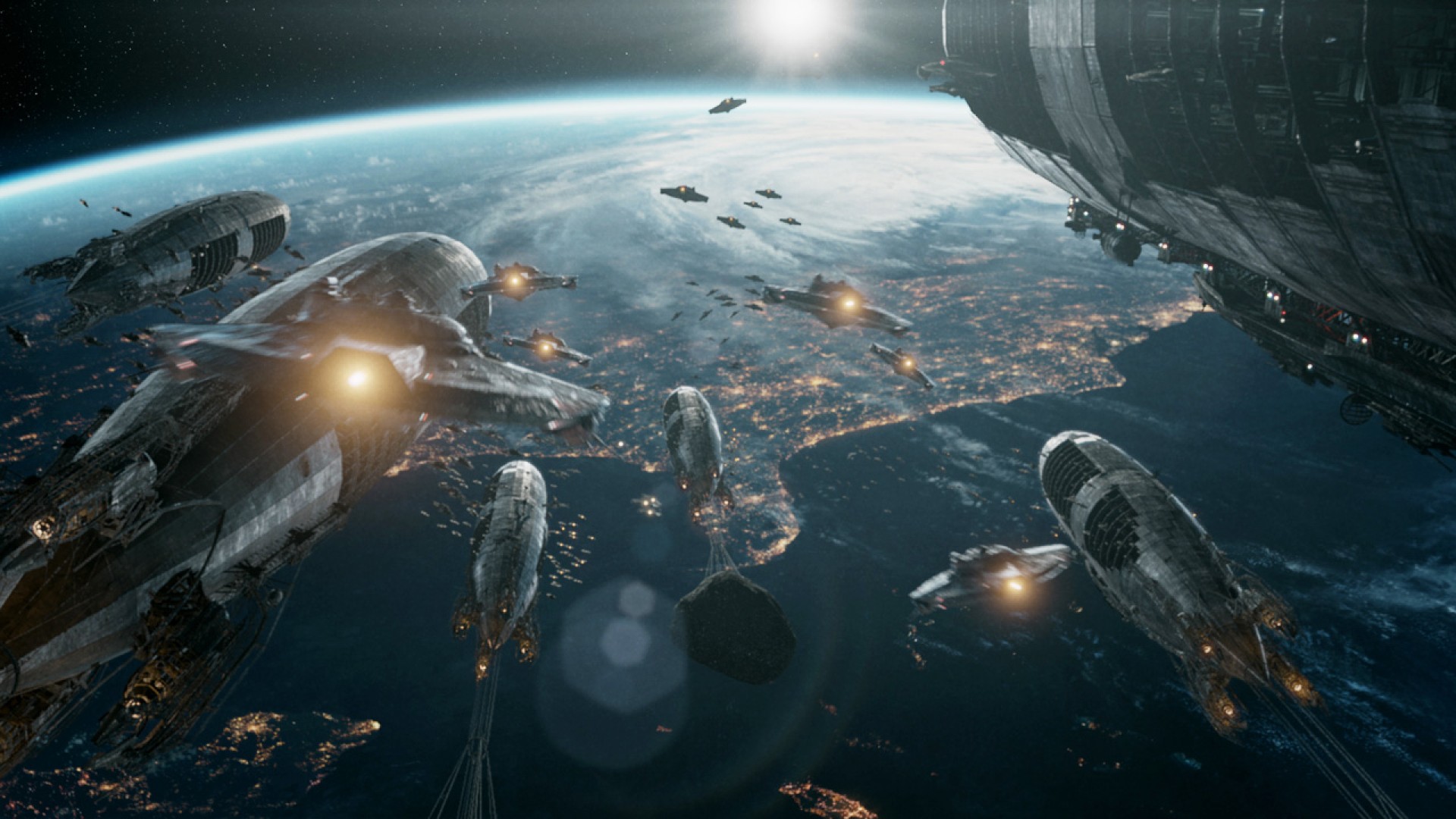 When the absurdist camp favorite Iron Sky hit the consoles, fans were clearly not disappointed with the result.

This article appears in: Early Winter 2013

One question has loomed over mankind for decades: What if the Nazis have been hiding out on the dark side of the Moon ever since the end of World War II? It’s a fair concern, and one that’s addressed with proper camp in the Finnish-German-Australian film Iron Sky, directed by Timo Vuorensola (the Star Wreck movies). The sci-fi flick isn’t sticking to that format alone, though, as developer Reality Pump Studios whipped up the what-if future war concept into a space fighter sim called Iron Sky: Invasion.

The plot of the film kicks off when an American mission has us returning to the Moon in 2018, only to discover that Nazis have been hanging out there, planning for revenge since 1945. After they capture astronaut James Washington, the current Führer discovers a more reliable means to power the space ship Götterdämmerung: Washington’s smartphone. Next thing you know, we find ourselves in a bona fide space battle against the Nazis, which serves as the perfect jumping point for a game of ship-to-ship dogfights.

A Natural Extension of the Film

Iron Sky: Invasion ties in with the film closely enough that it features actors from the movie in its cutscenes, including Stephanie Paul, who plays the President of the United States. Ship models are also taken straight from the movie. Players can hop in the British Spitfire or the Japanese Banzai to take on menacing ships like the Rheingold and Valkyrie, and the massive Nazi Zeppelins that carry them into battle. Sounds like a tall order, but there’s strategy to pre-dogfight deployment. A real-time star map allows for tactical decision-making in regard to jump locations, after picking the right ship class for the job, of course. The PC and Mac versions were the first out the gate, with the rest of the platforms following shortly thereafter. Readers who haven’t seen the film and feel like they might be missing something special can pick up the “Götterdämmerung” collector’s edition to net a bundled copy of Iron Sky.