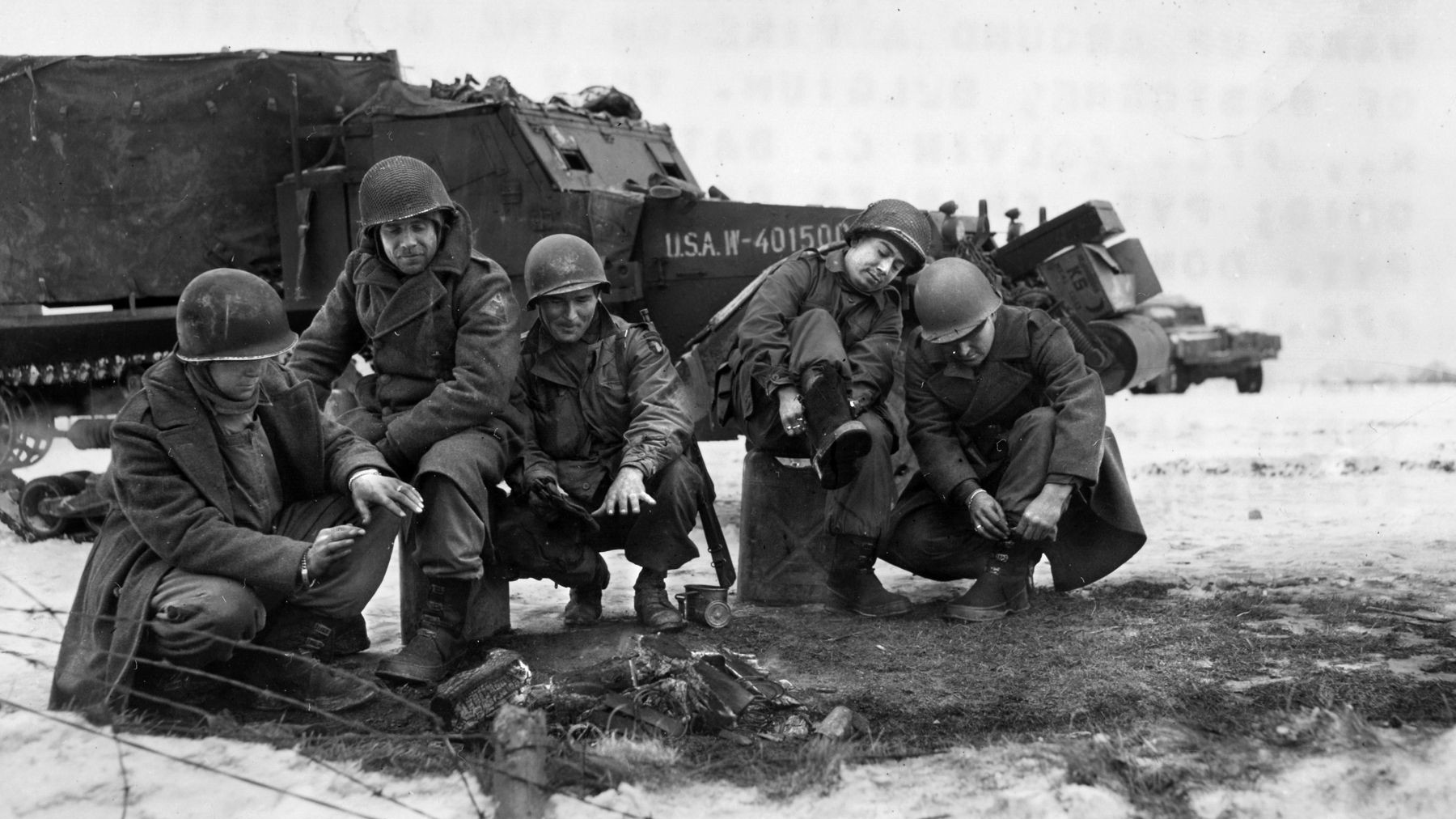 Fire: A Photo Essay for the World War II GI

For the GIs on the front lines of Europe, a simple fire was a rare luxury.

Next to sleep, warmth was the most sought after commodity of the frontline soldiers who froze in their foxholes, stomping their feet or puffing on cigarettes to keep warm. Unfortunately, even small fires attracted a different kind of fire: German mortar, artillery, or sniper fire. Fires were found in safer locations—near artillery guns, regimental headquarters, or rest areas for recovering soldiers. Yet some soldiers risked death by starting small fires in their foxholes or in well-concealed places on the battlefield, just to fight off frostbite for an hour.

During the winter of 1944, men were desperate for warmth. On the night of Christmas Eve, inside the besieged town of Bastogne, a few men of the 101st Airborne Division chanced a fire. “Lo and behold,” recalled Major Dick Winters, “the Germans picked it up and fired a mortar round in our direction.” It exploded among the circle of men, injuring one lieutenant in the groin. After the fighting in Bastogne, some paratroopers washed their feet in the slush around a fire. One soldier, who had not removed his boots for a week, described his feet: “Large cracks in the skin laced deep around them, and my toes were swollen.” The fire, and a new pair of socks, did his feet good. Soldiers rigged exhaust systems over fires to prevent the smoke from giving them away. Cooks hung tarps over their fires to disperse smoke. Some soldiers hosted cooking contests around the flame. One winning meal included cheese and Spam mashed together over the fire. “The inch-high mess was squashed with a trench knife onto K-ration hardtack, and topped with another biscuit,” reported a soldier with 78th Infantry Division. “A memorable snack was born.”

Whether for warmth, healing, or food, fire made the hard living in war-torn Europe bearable. No soldier who trekked from France or Italy into the heart of Germany could have survived the journey without fire’s rejuvenating power.