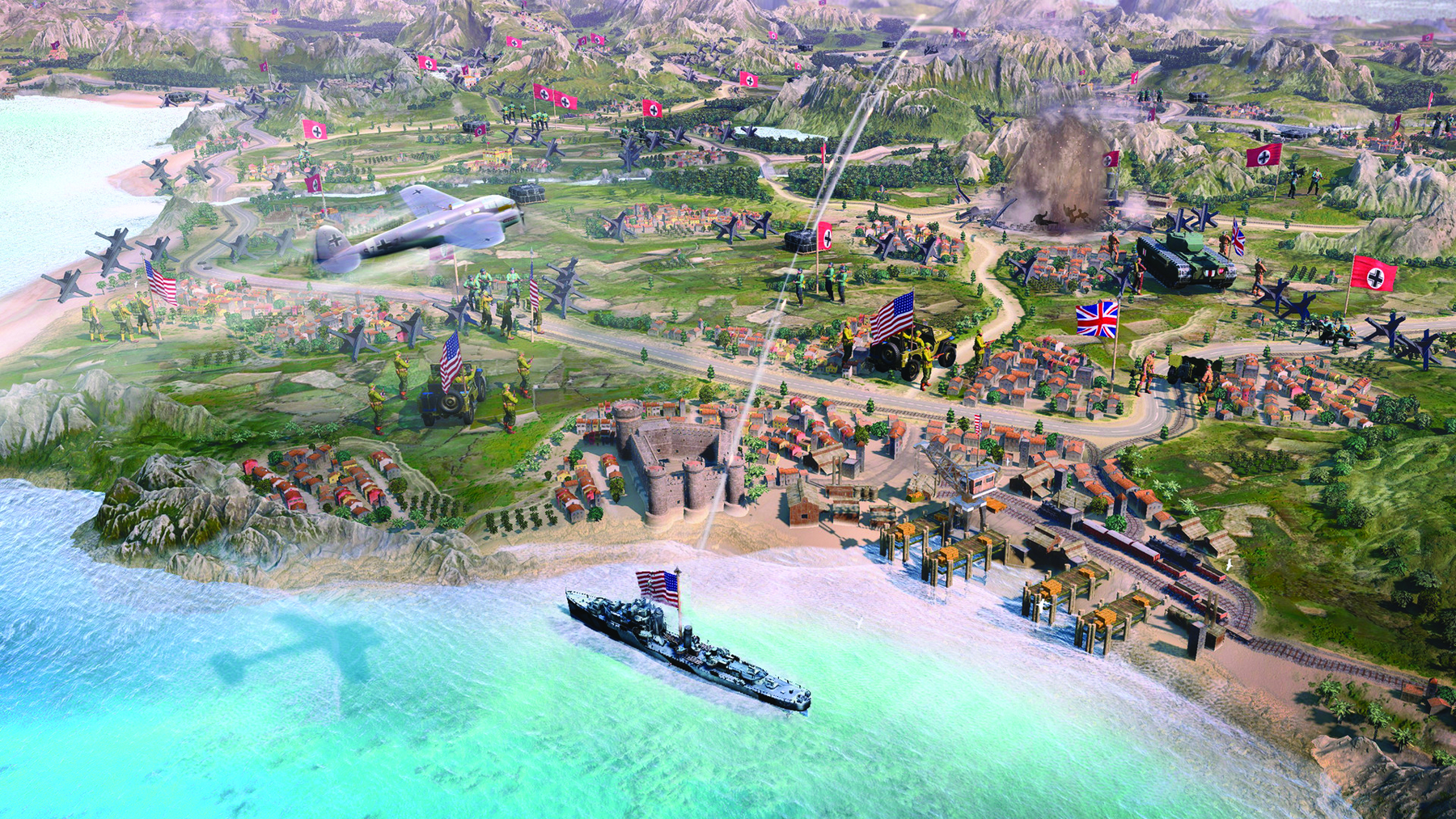 One of the most anticipated World War II titles of 2022 is Company of Heroes 3, which is currently on the way from SEGA and developer Relic. While it still has the year as its release window at the time of this writing, some lucky players got a chance to check out another pre-alpha trial build of its multiplayer near the end of 2021. The results showed plenty of promise for the upcoming strategy title, including a taste of Skirmish mode, cooperative play against AI opponents, and good old fashioned competitive multiplayer.

Company of Heroes 3 is shaping up to be a really ambitious entry in the series. Relic has done a lot of work to ensure that the legacy it has established thus far with previous entries—namely the finely tuned tactical gameplay that made it famous in the first place—hasn’t been messed with too much this time around. With that in mind, the blueprint for what makes the Company of Heroes series work so well has been built upon with new gameplay features, with the Dynamic Campaign Map chief among them. The dynamic nature of the in-game map ensures that no two playthroughs are the same, ramping up the replayability for even the most dedicated of strategists.

There’s also a new theater at the center of it all: The Mediterranean. This setting takes players through areas ranging from coastal vistas to the deserts of North Africa and Italian mountain passes, complete with the types of strategic necessities that go along with each. Depending on the map on which your battle is taking place, you’ll need to take things like verticality and other variables that impact the line of sight for all of the player and enemy units into account. Desert locations call for unique maneuvers of their own, so incorporating the appropriate level of reconnaissance into your tactics is essential. 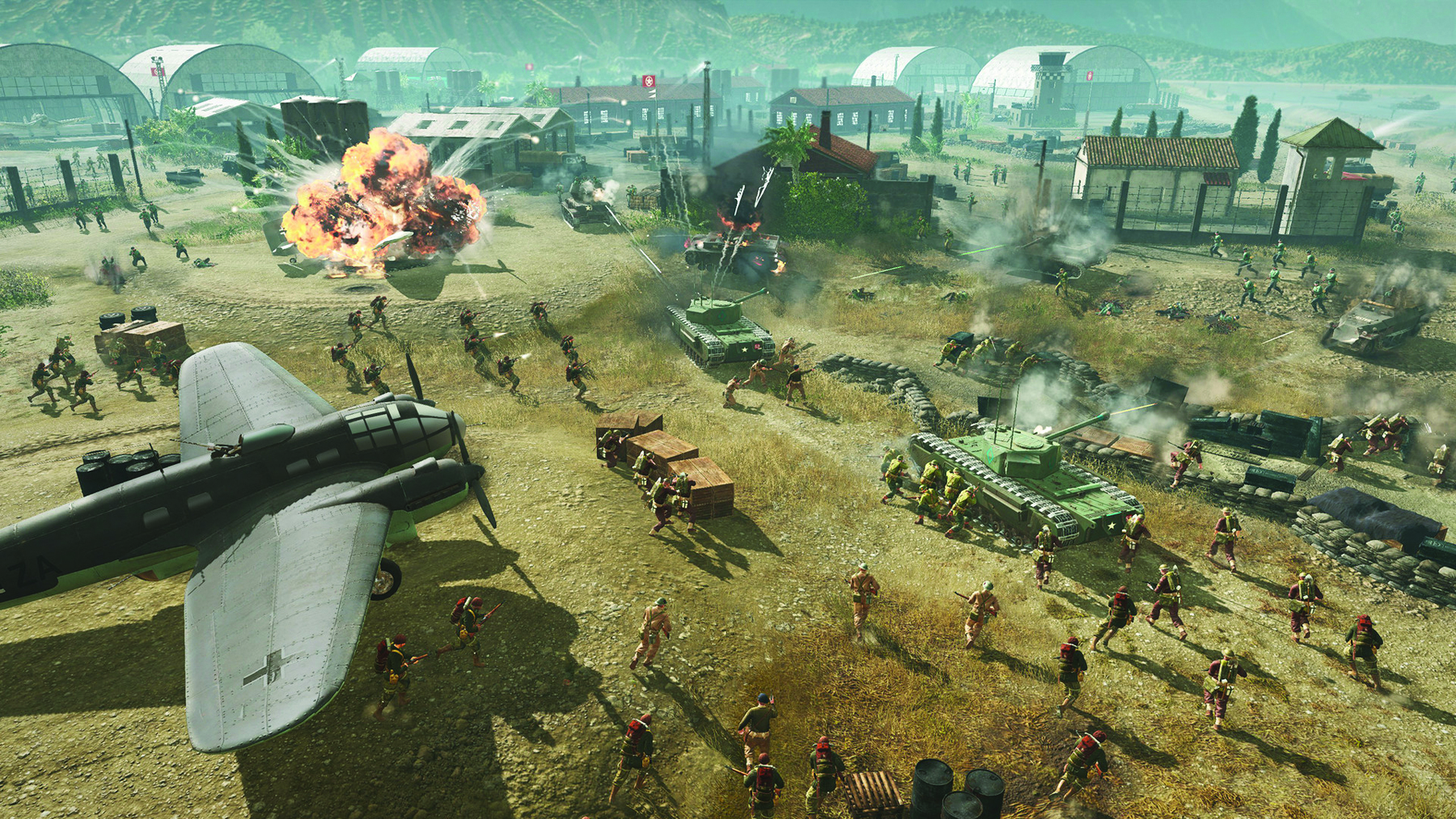 A key takeaway from pre-alpha impressions is the sheer level of detail at play during each mission. The environments are teeming with visual flourishes that bring each location to life, while still keeping them readable enough that the world as a whole doesn’t get in the way of the important action going on across the landscape. Relic’s Essence Engine is being put to clever work here overall, and a lot of those realistic details can also be blown to smithereens to place a satisfying exclamation mark at the end of each skirmish.

The number of units making their way through the environments are at an all-time high in Company of Heroes 3, and they’re even more diverse thanks to the new army customization mechanics. While the going will almost always be tough, you can even the odds a tad by, for instance, calling in new elite squads like the Gurkhas from the Commonwealth, the American-Canadian Special Service Forces, and more. There are also new units making first-time appearances in this entry, including the Nashorn, the Chaffee Light Tank, and the Weasel, which has the advantage of being incredibly light.

All we really need to do now is know exactly when to expect the full game to be available. Perhaps by the time this issue is in your hands, we’ll have a better idea, but for now you can see if any further open tests become available and look for Company of Heroes 3 to light up PCs sometime this year.