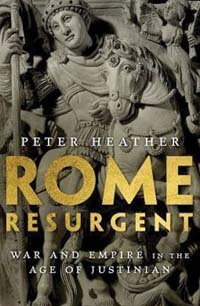 The Roman Empire: Conquest Above All Else

It is easy to see only the glories of Rome, but it is just as important to bear in mind the horrors committed for the sake of the Empire.

“Augustus found Rome brick and left it marble” is an expression pegged to the first of the Roman emperors. And indeed Rome flourished around the time of Christ, erecting magnificent arches and columns, palaces and public buildings, temples and baths, coliseums and aqueducts. The world had never seen such a place.

Rome was a winner. It was the rest of the Mediterranean world that paid the price. The minerals of Spain and the farms of Sicily and North Africa produced the wealth that found its way into the grand architecture of the Italian city.

Mainly, what is recalled of Rome is this contribution of astonishing construction, along with its administration of a vast empire. Less remembered is how it got there: Brutally.
[text_ad]

Conquest Was Always the Goal

To rise to the level of masters of the Mediterranean the Romans wielded their legions with astonishing ruthlessness. Conquest was the goal, and never mind the means. By about 150 bc, Rome had twice humbled Carthage in the first two Punic Wars. Carthage was then attacked by Masinissa of nearby Numidia and, disobeying the treaty that ended the Second Punic War, Carthage warred back. Rome, troubled by the economic rebound of its rival during the peace following the Second Punic War in 202 bc, and lustful of North African fields to be tilled by new slaves, declared war on Carthage.

By this time Rome controlled Spain, Sicily, Sardinia, and the sea lanes, which gave it the upper hand in any contest. Blocked from the interior by Masinissa and from the sea by Roman fleets, Carthage understood this, too. So when Rome promised Carthage that if it sent 300 children of its noblest families to Rome as hostages, the African city’s freedom would be assured, Carthage complied, to the great lamentation of its first families. Then Rome demanded that Carthage surrender its ships, arms, and weapons of war, again that the city might save itself. This the Carthaginians also did, leaving themselves defenseless. But to the Romans this was all a ruse. They sent a fleet and army to the vicinity and demanded that the Carthaginians evacuate their city to a spot 10 miles away, the city itself to be leveled.

Statues to Swords: Defending Carthage At All Costs

Here the Carthaginians balked. They decided to fight and to defend their city. They melted down statues of their gods to make new swords and demolished public buildings to construct catapults. The women cut their hair in order to make ropes. For three years the Carthaginians held out against the Roman siege. Starvation killed off most of the estimated quarter- or half-million inhabitants. Roman legions finally won a toehold in the city proper, but the Carthaginians fought tenaciously street by street. The Romans torched any city block within reach to rout out individual defenders.

Most Carthaginians chose death rather than capitulate to the Romans. The Queen threw her sons and herself into the flames. Ultimately, the remaining 50,000 Carthaginians surrendered. The Romans sold them into slavery. Then the Senate in Rome instructed the local commander to destroy the city and to sow its soil with salt. Indeed, the city burned for 17 days until nothing was left. The Carthaginian race and glory was erased.

In his eulogy of Neville Chamberlain in November 1940, Winston Churchill said, “History with its flickering lamp stumbles along the trail of the past, trying to reconstruct its scenes.…” Indeed, the history each person knows is imperfect, a mere glimpse, a refraction of the whole truth.

It is easy to see only the glories of Rome. But it is just as important to bear in mind the horrors committed for their sake. History’s flickering lamp also needs to illuminate the rot beneath the gloss. This would remind us that military might should be exercised only in the defense of just causes. The resultant wealth and buildings might be less grand, but the conscience would be clear.