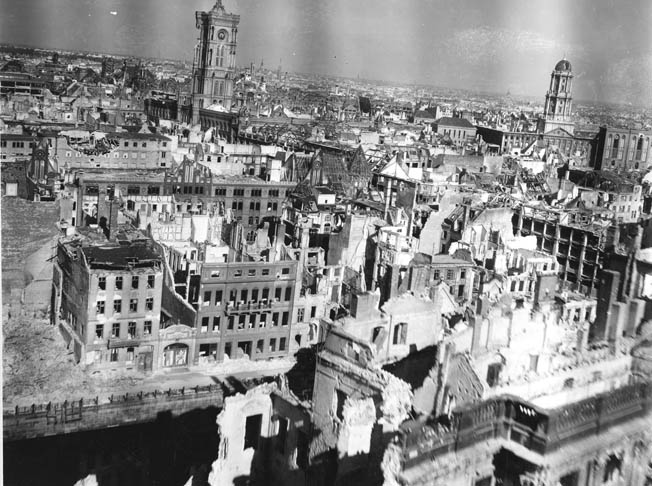 From 1939 to 1945, World War II engulfed the Allied and Axis nations in a conflict of unprecedented proportion, shaping the future for generations.

World War II spanned six long years from 1939 to 1945. The Allied powers, principally The United States, Great Britain, and the Soviet Union, defeated the Axis powers, led by Nazi Germany, Imperial Japan, and Fascist Italy. The scope of World War II was truly global, and its cost was tremendous.
[text_ad]

An estimated 50 million lives were lost, and untold treasure was expended during the war. Although the Japanese Army had been fighting in China since 1931, the beginning of World War II is generally accepted as September 1, 1939, the date that the German Army invaded Poland. The Nazi juggernaut was initially successful both against the Poles and the Western Allies, and France and the Low Countries fell in the spring of 1940.

On June 22, 1941, Adolf Hitler turned on Joseph Stalin and his Soviet partners and invaded Russia along a 1,000-mile front. Although huge gains were made in the beginning, the war on the Eastern Front turned with the annihilation of the German Sixth Army at Stalingrad, and the Soviet Red Army eventually conquered Berlin, the German capital city. Elsewhere, the Germans were defeated at El Alamein in North Africa in 1942 and subsequently ejected from the African continent with tremendous losses. D-Day, the Allied invasion of Northwest France took place on June 6, 1944, and Germany surrendered on May 7, 1945. The Fascist government was deposed in Italy in 1943, and the country changed to the Allied side for the remainder of the war.

The United States entered World War II following the Japanese attack on Pearl Harbor on December 7, 1941. Early in the war, Japanese forces were victorious from the central Pacific to the frontier of India. However, following the great U.S. naval triumph at the Battle of Midway, American forces in ever growing numbers mounted an offensive strategy called “island hopping” across the Pacific, and Commonwealth and U.S. forces seized the initiative on the Asian continent.

On August 6, 1945, a single American plane dropped an atomic bomb on the Japanese city of Hiroshima. A second atomic bomb was dropped on Nagasaki three days later, and the Japanese formally surrendered aboard the battleship USS Missouri in Tokyo Bay on September 2, 1945.