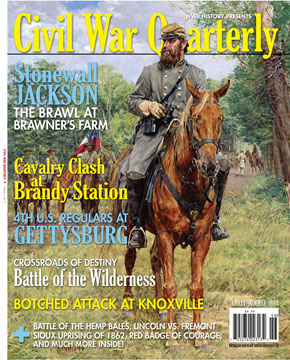 Ulysses S. Grant, Robert E. Lee and the Battle of the Wilderness

During the Battle of the Wilderness, Ulysses S. Grant's Army of the Potomac clashed hard with Robert E. Lee and his Army of Northern Virginia.

The year 1864 was shaping up to be a critical one in the American Civil War. During the previous year, Federal armies had gained control of the Mississippi River and consolidated their grip on Tennessee. Only two significant Confederate military forces still remained in the field. In northern Georgia, General Joseph E. Johnston’s Army of Tennessee, having retreated from Chattanooga, was engaging Maj. Gen. William T. Sherman’s Union forces on their drive toward Atlanta. Meanwhile, in the east