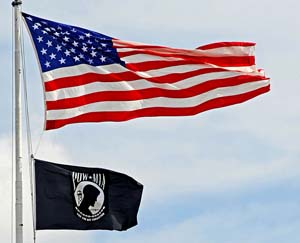 U.S. Soldiers Missing In Action: Then and Now

For even so far back as the Iliad, soldiers have felt honor-bound not to abandon comrades either missing in action or captured.

To its credit, the United States has been going to extraordinary lengths to reclaim its soldiers missing in action or killed. By far, the largest number of these are from World War II. The country lists tens of thousands of brave World War II soldiers and sailors as KIA-BNR, for Killed in Action, Bodies Not Recovered. Most of these are for sailors lost at sea. There are also eight thousand KIA-BNR from the Korean War, 2,500 from the Vietnam War, and others attributed to the Cold War.

The work of recovering as many of these men and women as possible has fallen to the Defense Department’s Prisoner of War/Missing Personnel Office (DPMO) in Arlington, Virginia. This small group coordinates activities around the world to both recover and retrieve remains, but also to investigate reports of soldiers held against their will.

The latter, of course, is the highest priority. Understandably, the work of discovering live Americans is concentrated in Southeast Asia. Since the Vietnam War ended in the 1970s, no American has been found to have been in captivity in the region, but DPMO takes any “live sighting” seriously. The group with responsibility for Southeast Asia is called Joint Task Force-Full Accounting (JTF-FA). Its investigators travel to wherever they might have a lead to question witnesses about sightings of Americans or to piece together actions where Americans were last seen alive.

JTF-FA operates out of Fort Smith, Hawaii, and has detachments in Hanoi, Vientiane, and Bangkok. Second in priority is discovering remains of Americans and bringing them home for proper recognition and burial. JTF-FA crews investigate battle and airplane crash sites across Southeast Asia, sifting dirt for the likes of belt buckles, uniform buttons, boot parts, and bones to attempt to identify who might have been killed there and if their remains are still in the ground.

The JTF-FA is assisted by the Central Identification Laboratory, Hawaii (CILHI), operating out of Hickam Air Force Base. CILHI technicians work in their own laboratory and go into the field to examine DNA, dental records, bones, and other clues to identify remains that are discovered. Identified servicemen are then accorded the proper military funerals in keeping with their families’ wishes. Men and women doing this work have lived in tents in the jungle for weeks and camped out at airplane crash sites 14,000 feet up in hostile mountain ranges. They have brought home the remains of World War II air crews and Korean War infantrymen. They negotiate with and often work under the suspicious and watchful eye of North Koreans and Vietnamese, who suspect their work is a cover for spying activities. They have gained greater access to Soviet and North Korean archives, the better to understand battles and speculate where Americans may have been killed and are buried. They are an outstanding group of highly motivated and highly skilled Americans performing an honor-bound duty to those who served, their families, and the nation.

Committed to Our Warriors, Past and Present

In speaking of this effort, President Clinton’s Secretary of Defense, William Cohen, said: “We are committed to all our warriors, past and present. We are committed to their families, whose pain has endured for decades. America’s fallen heroes did not face the horror of battle for us to turn away from their sacrifice. They didn’t fight for us to forget.” In the autumn of each year, the United States pauses for POW/MIA Recognition Day on the third Friday in September and Veterans’ Day on November 11.