Army Infantry at Chosin: The Fate of Task Force MacLean/Faith

The contributions of the 7th Infantry Division’s Task Force MacLean at the Chosin Reservoir has unfortunately been reduced to a footnote of history.

The U.S. Marine Corps was not the only group of Americans facing off against the Chinese at the Chosin Reservoir. The U.S. 7th Infantry Division’s Task Force MacLean defended the Corps’ right flank, but its story has been reduced to a footnote of history.

The task force consisted of three battalions of infantry and an assortment of artillery, antiaircraft guns, and vehicles—in all 3,200 men. But the men of the task force lacked the Marines’ advantages. While the Marine ranks were filled with well-trained World War II veterans, the Army soldiers had been pulled from easy occupation duty in Japan. Few had any training before shipping out to Korea. Additionally, MacLean’s men were wearing cotton uniforms with little insulation from the 40-degree-below-zero temperatures, whereas the Marines were fully outfitted in winter clothes, especially hooded parkas.

Task Force MacLean took up station on November 27, 1950. Soon after, an intelligence and reconnaissance platoon was sent out and never heard from again. That night an entire Chinese division plowed into soldiers who were exhausted and ill-defended by the terrain. The first night’s fighting left 100 men dead.

The next day the task force consolidated. MacLean ordered Lt. Col. Don Faith to reorganize and reinforce the southern section of the line. On his way there, Faith came under fire from troops across a portion of the frozen reservoir. He and his men returned fire until MacLean, thinking the troops were fellow Americans, went running onto the ice. He didn’t get far before Chinese riflemen shot him down. Four times he got up, only to be dropped again by fire. Suddenly the Chinese broke out of their defenses, rushed over to MacLean, and dragged him to their lines, all the while under fire from Faith and his men. At that moment Task Force MacLean became Task Force Faith. The new commander efficiently organized his defenses and continued to resist the Chinese with help from some air drops and continual strafing attacks by Marine fighters. He was waiting for a relief force that was not coming. 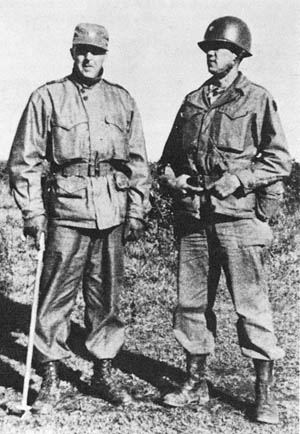 Farther south and west the Chinese were on the attack, preventing any soldier or Marine from assisting the isolated task force. Faith was surrounded and would have to maneuver away from the reservoir on his own. With no other choice, Faith ordered all his wounded into trucks to begin a perilous journey back to the American lines. He had two options of escape: across the frozen reservoir or through the twisting mountain passes. He chose the latter, deciding that the the ice was too thin for trucks, and he did not want to be caught in the open. It was a tragic choice.

The chain of trucks, followed by antiaircraft guns, began heading south. But it was not long before Chinese ambushes began halting the retreat. The Chinese waited around every turn. Faith’s men had to tumble out of the trucks into withering fire to keep the convoy moving. At one spot a support fighter aircraft dropped napalm on both the Americans and Chinese. The burning Americans writhed on the ground while their comrades tried to extinguish the flames. More men were piled into the trucks as discipline broke down and soldiers fled for the frozen reservoir.

As night closed in Faith realized his only hope of surviving was a direct attack on the dominating Hill 1221, where entrenched Chinese were raking his men with gunfire. He gathered his men together, even the wounded who could hold a rifle, and ordered them to take the hill. When two Republic of Korea (ROK) soldiers refused to fight, Faith took out his pistol and shot them dead. In a rag-tag charge, the men rushed up the hill and drove the Chinese away. Unfortunately, the men continued over the hill and headed south, leaving the column even more defenseless. Faith pushed on.

The next morning the enemy fire was constant. At one turn, Faith crumpled when a grenade exploded near him. His men put him aboard a truck for the rest of the journey, but he would not make it. With every attack, more trucks had to be abandoned. Each roadblock was as disheartening as it was deadly. One roadblock was made of American tanks. Soldiers collapsed along the road, either too seriously wounded or exhausted to move on. Task Force Faith was coming to an end.

As the sun began to set on December 1, the Chinese rushed the remnants of the task force, tossing grenades into the trucks, killing and capturing the last of the weary fighters. The only escape was across the ice. Handfuls of frostbitten men dragged themselves across the expanse. Marines spotted them and formed rescue parties to bring them within their lines. Only 385 men survived.

Not until recent years have Task Force Faith’s men been appreciated. An examination of Chinese records revealed the men were greatly outnumbered, and it was realized that their duel with the Chinese kept considerable pressure off the Marines, enabling them to conduct an orderly retreat. In 1999, Secretary of the Navy Richard Danzig awarded the unit a Presidential Unit Citation. In 2000, veterans of the task force were invited by the Marine Corps to attend anniversary ceremonies for the Chosin campaign. Nevertheless, the U.S. Army has yet to recognize Task Force Faith for its hopeless battle with the enemy.

3 thoughts on “Army Infantry at Chosin: The Fate of Task Force MacLean/Faith”