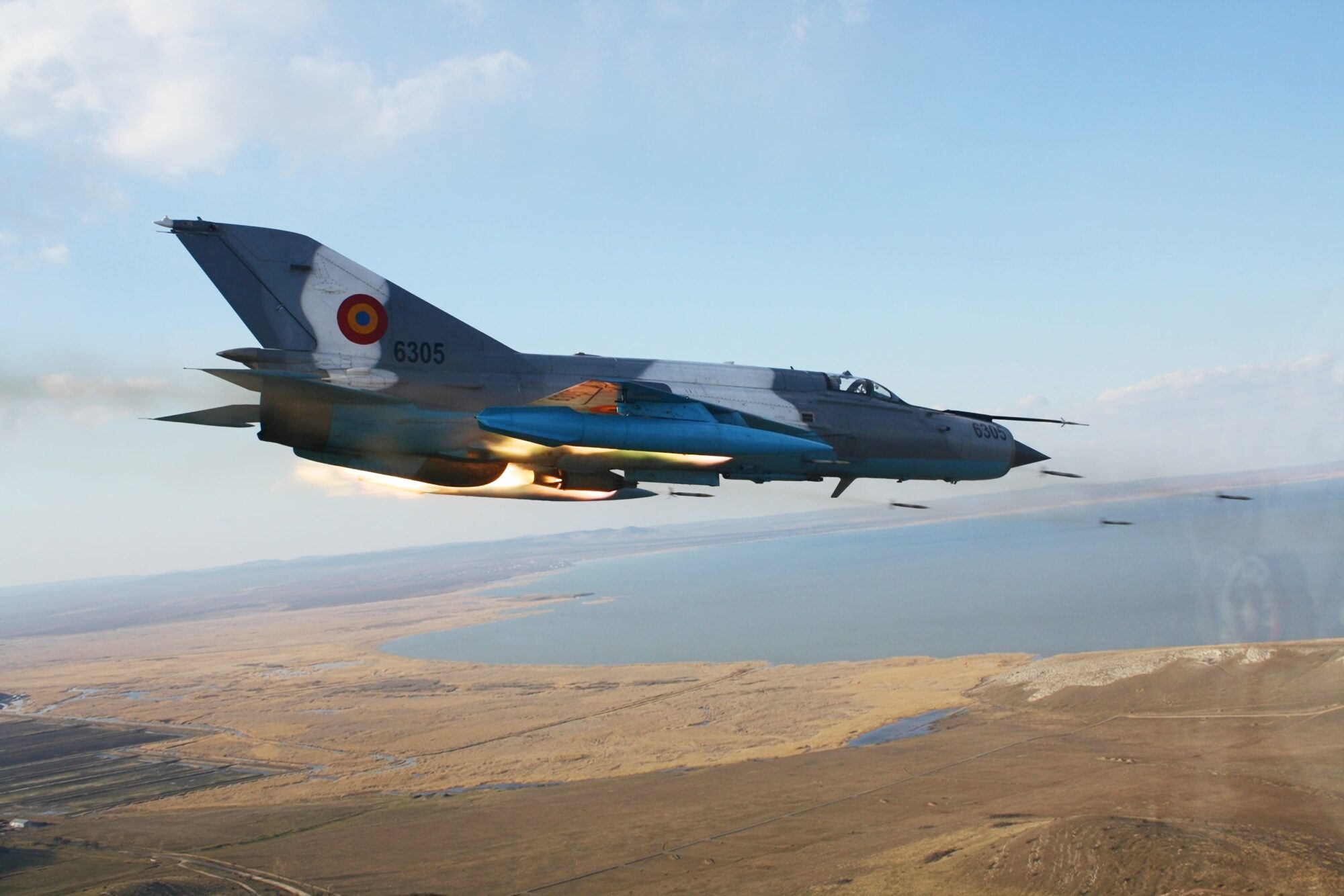 Although their attributes were considerably different, the F-4 Phantom and MiG-21 fighters were lethal adversaries in the skies over Vietnam.

During the protracted air war in the skies over Vietnam, two fighter interceptor and air superiority planes emerged as the most prominent aircraft of their type. These were the McDonnell Douglas F-4 Phantom and the Mikoyan Gurevich MiG-21. When these supersonic fighters met in combat, the skills of the individual pilots and sometimes sheer luck were often the deciding factors, and more than 40 years after the end of U.S. involvement in the Vietnam War debate continues as to the accuracy of kill ratios and claims made by both the sides.

Interestingly, though they were common adversaries, the appearances of the Phantom and the MiG-21 could scarcely have been more different. The big, burly Phantom weighed nearly 19 tons, while the MiG-21 weighed slightly less than 10 tons. The Phantom was 63 feet long with a wingspan of more than 38 feet. The MiG-21 with a much smaller profile and more nimble appearance stretched just under 48 feet in length, and its wingspan was just under 24 feet. Both aircraft were capable of speeds of at least Mach 2.

The MiG-21 was typically armed with air-to-air missiles such as the AA-2 Atoll and a 23mm internal cannon. The Phantom was often armed with the AIM-7 Sparrow or AIM-9 Sidewinder air-to-air missiles. Each was capable of carrying a bomb load as well. Early Phantoms deployed to Vietnam were armed only with missiles. Lacking a cannon, these fighters were often at a disadvantage in dogfights with the MiG-21 and other Soviet- and Chinese-manufactured fighter aircraft. Later models were equipped with an internal 20mm M61 Vulcan internal rotary cannon. The Phantom held the edge with multiple missiles, often up to eight, while the MiG-21 carried only two.

The performance of each aircraft demonstrated relative strengths and weaknesses. The agile MiG-21 was deadly in a turn, and its silhouette was difficult to acquire visually at any great distance. The heavy F-4 was known for jet engines that produced a great deal of smoke, adding to the ease of identification at a distance due to its large size. The MiG-21 was generally considered more maneuverable, while the Phantom was well-armed with missiles and more lethal with the addition of the cannon. The MiG-21 was designed as a short-range interceptor, and the Phantom was a long-range aircraft.

The F-4 Phantom Retires, but the MiG-21 Still Soars the Skies

The Phantom was produced in multiple variants and became a primary component of the air superiority, fighter bomber, reconnaissance, and radar jamming air complements of the U.S. Navy, Marine Corps, and Air Force. Developed during the 1950s, it entered service in 1960, and nearly 5,200 were produced during a 30-year run from 1958 to 1981. Its combat service included engagements from the Vietnam era through Operation Desert Storm and beyond. The Phantom has been operated by the air forces of at least a dozen nations, and many remain in service. The U.S. military retired the Phantom from combat use in 1996.

The MiG-21, identified as the Fishbed in NATO nomenclature, was a continuation of the MiG fighter series that originated in the late 1940s. The MiG-21 entered service in 1959, and more than 11,000 in various configurations were completed when production ended in 1985. One of the most widely distributed export fighter aircraft in history, the MiG-21 remains active with many countries.