Cheap to produce, the airborne infantry 'cricket' was a lifesaver during the D-Day invasions. But who was it issued to? The debate continues today.

Made popular by the Band of Brothers portrayal of Easy Company, the U.S. paratrooper “cricket” was in fact used to identify each other in the predawn hours of the D-Day invasion. Issued to soldiers about four days before the Normandy landings, the device provided a means by which Americans could communicate in the darkness. One click of its tab asked, “Who’s there?” Two clicks in response meant, “Friend.” Over the years, a controversy of sorts has developed concerning which Airborne infantry divisions were issued this tool.

The Man Behind the Idea

It is an accepted fact that the man behind the cricket was Brig. Gen. Maxwell D. Taylor, commanding general of the 101st Airborne Division. Taylor came to the 101st in March 1944, following duty with the 82nd Airborne in North Africa and Sicily, where earlier jumps showed that troops needed a way to identify one another in the dark. According to the division history of the 101st, the cricket was used “only by the 101st, though some publications and movies later suggested that the 82nd Airborne used them as well.” However, discrepancies abound. In his book The Longest Day, Cornelius Ryan cites several instances when paratroopers of both the 101st and the 82nd used the cricket. 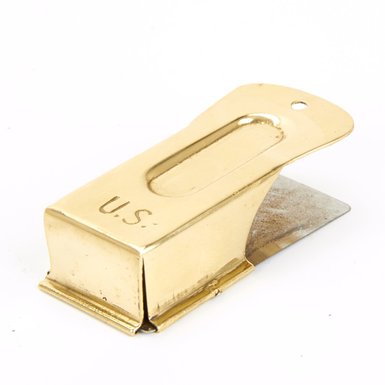 Therein lies the mystery. Were men of the 101st alone given the cricket, or were troops of the 82nd also issued the device? Jim Patton, executive secretary of the 101st Airborne Division Association, dropped into Normandy at 0037 hours on D-Day from a burning C-47 transport as a first lieutenant with the 501st Parachute Infantry Regiment. “I’ve been told that only 101st paratroopers were issued the cricket,” he says. “I’m not positive, but down through the ages I was always under that impression.”

Not so fast, says Don Lassen, a private with the 82nd Airborne’s 505th Parachute Infantry Regiment, and publisher of Static Line, a monthly paper devoted to any and all men who jumped from an airplane. “There’s no mystery as far as I’m concerned,” he asserts. “I had a cricket, and I assume the rest of the 82nd were given crickets. When I landed at about 2 am, it was darker than pitch. I was totally alone in a field, and tracers were going all around me. I couldn’t find anyone, so I went over to the nearest cover I could find, a hedgerow, and I heard someone coming. I waited for the sound to get closer because I wanted to be sure that whoever it was would hear my click. As the sound got closer and closer I finally clicked. Sure enough, the person approaching me, someone from the 101st as it turned out, clicked his cricket and we both were OK.

“The cricket saved a lot of lives,” Lassen continues. “In the dark there was no way I could identify an individual without a cricket. If I yelled, ‘Halt! Who goes there?’ hell, I might have been killed. The cricket was no good before we landed and no good when it became daylight. It was only good for D minus H-hour, H-hour being 6:30 am. In my opinion it was one of the most ingenious devices the U.S. Army ever came up with.” 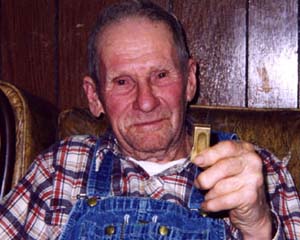 But Joe Beyrle of Michigan says others may think what they wish. As a member of the 101st Airborne Division’s 506th Parachute Infantry Regiment who was taken prisoner by the Germans four days after D-Day, he says he is certain that the cricket was issued only to those of the 101st.

“I know for a fact the 82nd Airborne was not issued crickets. They could have come into possession of them, but they weren’t issued them. Regardless of what has been said, I know they weren’t. The cricket was the brainstorm of General Taylor. He was helped by [Lt. Col.] Harry Kinnard (executive officer of the 501st Regiment at the time), who was on Taylor’s staff. Kinnard was one of those involved with it. I know this as a fact also. I’ve talked to too many people about it and discussed it at reunions many times over the years.”

As a footnote to this “mystery,” Beyrle has imported reproduction crickets from the original manufacturer in England, the P.H. Harris Company, and says authentic crickets are highly prized by collectors. Originals are scarce, he says, because most paratroopers discarded theirs. “We were only supposed to use them until daylight.”