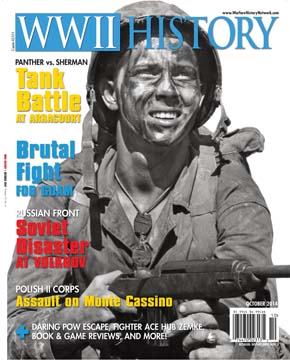 Taking Guam from Japan in 1944

Guam had been U.S. Territory for nearly half a century when it was overrun by the Japanese in 1941. It took considerable effort to take it back.

Above all, the island was defendable.

From Ritidian Point in the north to the extreme southern coastline, Guam is 34 miles long, made in an irregular shape covering 228 square miles, the largest of all Pacific islands between Japan and New Guinea. It is surrounded by coral reefs, and the island’s mountains rise more than 500 feet.

After Japan conquered the island on December 10, 1941, the islanders groaned under enemy rule. The Japanese confiscated land and reduced the island’s farmers to the level of slaves working in the rice fields. As the war droned on, the Guamanians were impressed to build defenses against American attack.

The Americans chose simplicity and daring for their invasion plans: the best place to land on Guam was Tumon Bay north of Agana. But both the Americans and Japanese knew this, and the Japanese defended the bay heavily. Geiger chose to contend with wide coral reefs and shallow water rather than Japanese gunfire. The 3rd Marine Division would attack at Agana, while the 1st Marine Brigade would storm ashore on the Agat beaches, surrounding the Apra Harbor and sealing off the Orote Peninsula.

As the Marines rehearsed the invasion, the Navy began softening up the defenders on Guam and pulverized the Imperial Japanese Navy in the Battle of the Philippine Sea.

“Liberating Guam” is just one of the many features you’ll find inside the October issue of WWII History magazine. As you’ll find out, American Marines and Army troops overcame very stiff resistance to overtake the U.S. territory.

But of course, our October issue has much more to offer. Inside this 84-page volume you’ll also find:

“First Day at Arracourt”
During the Allied advance across France, American armored units prevailed in a major battle with German tanks. The opening hours at Arracourt were crucial.

“Polish Power in Italy”
The Polish II Corps rendered valuable service to the Allied cause during the arduous Italian campaign.

“Death on the Volkhov”
An initially promising Soviet offensive during the winter of 1942 ultimately led to the destruction of the 2nd Shock Army.

As always, please let us know what you think about these and other stories inside the October issue in our comments section. If there are any events or battles you’d like to see in the coming issues, we’d love to hear about them.