The Roman Empire, which at times included much of the known world, came into being following the five centuries of the Republican period in the history of Rome. The Roman Empire was founded in 27 B.C. and existed as a unified entity until approximately A.D. 480. During this period, the Roman Empire extended from the Middle East to the British Isles. The Roman Empire is remembered for its influence of language, law, military operations, and culture. The Roman Empire was ruled by a succession of emperors, and a 200-year period of peace that began with the reign of Caesar Augustus is known today as the “Pax Romana.” 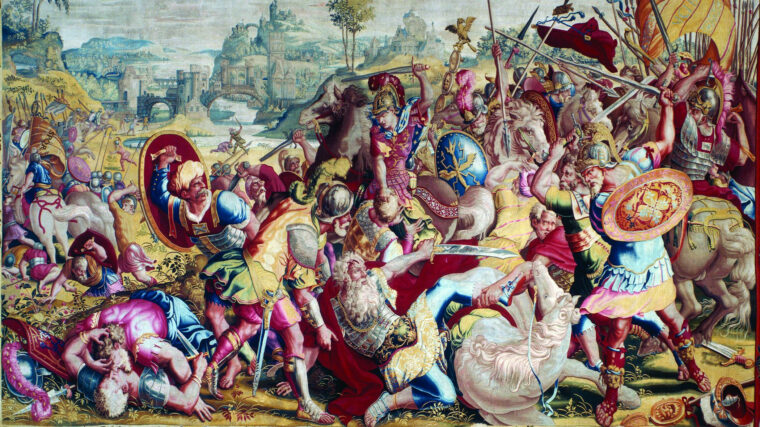 Of the thousands of commanders who have served in history’s armies, why is it that only a few are remembered as great leaders of men in battle? Read more 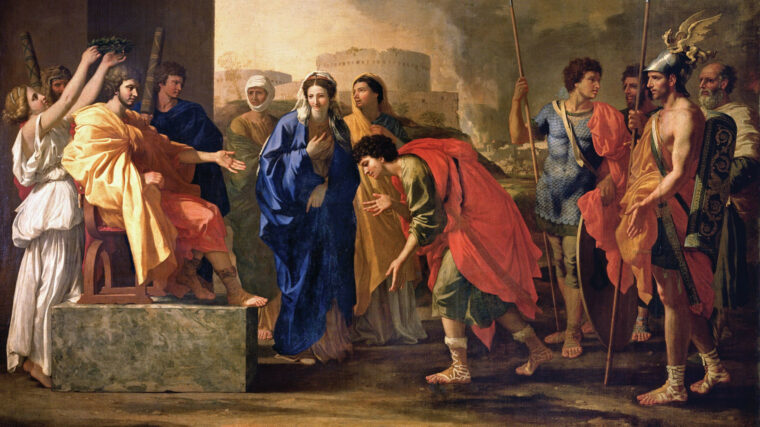 Scipio and the Spanish Campaign

The early years of Rome’s second war with Carthage were some of the darkest the Republic had ever known. Read more

Roman Legion: The Reforms of Marius

The basic unit of the Roman army of the late Republic was the legion, derived from the Latin word legio, meaning “military levy.” Read more 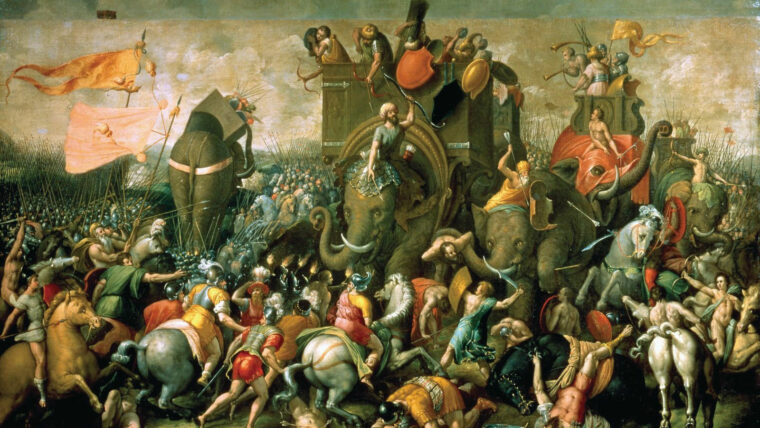 The History of War Elephants: From Ancient India to Vietnam

Imagine a time when human knowledge of elephants was not widespread. Just think how threatening these large animals would be coming over a hillside or out of a mist during battle. Read more

Britain was a battleground in the last years of the fifth century. The occupying, and in some sense stabilizing, Roman legions long since had gone, never to return, and the native Britons found themselves locked in a long, heartbreaking struggle against waves of brutal North German invaders—Angles, Saxons, and Jutes—who delighted in bloodshed, rape, and murder. Read more

In many ways, Flavius Aetius personified the tumultuous changes that rocked the Western Roman Empire during its final years. Read more

Bloodbath at the Colline Gate

By the winter of 82 bc, the Roman civil war had been raging off and on for six years. Read more

Judas Maccabeus, Hammer of the Jews

By 167 bc, when a full-scale revolt erupted in Judea, it had been more than 400 years since an organized Jewish army had taken up arms against an enemy. Read more

Arminius, war leader of the Cherusci, a powerful German tribe on the east bank of the Rhine, was livid. Read more

In ancient Rome, politics and family were inextricably linked. The incestuous nature of the ruling Julio-Claudian dynasty was well embodied by the brief but notable career of Germanicus, who rose to the heights of power, only to be cast down by his own blood kin. Read more

Its name has become synonymous with intrigue, conspiracy, betrayal, and assassination. It was responsible for the overthrow, abandonment, or murder of 15 out of the first 48 emperors who governed Rome between 27 bc and ad 305. Read more 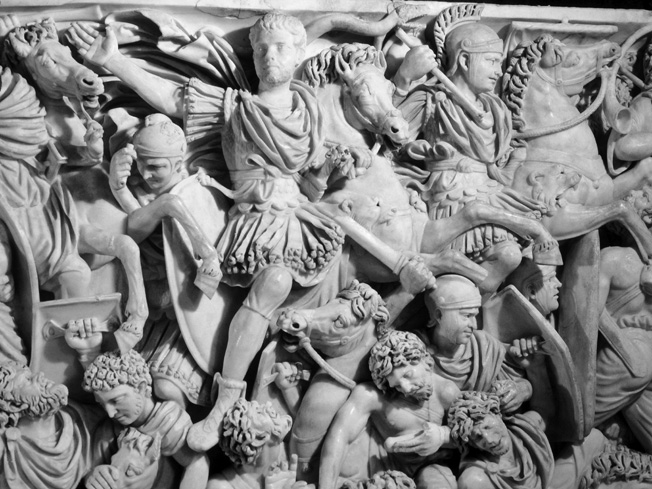 It was early spring, ad 235, on the Rhine frontier. In the imperial tent of a Roman encampment, 26-year-old Emperor Severus Alexander wept at his mother’s side. Read more 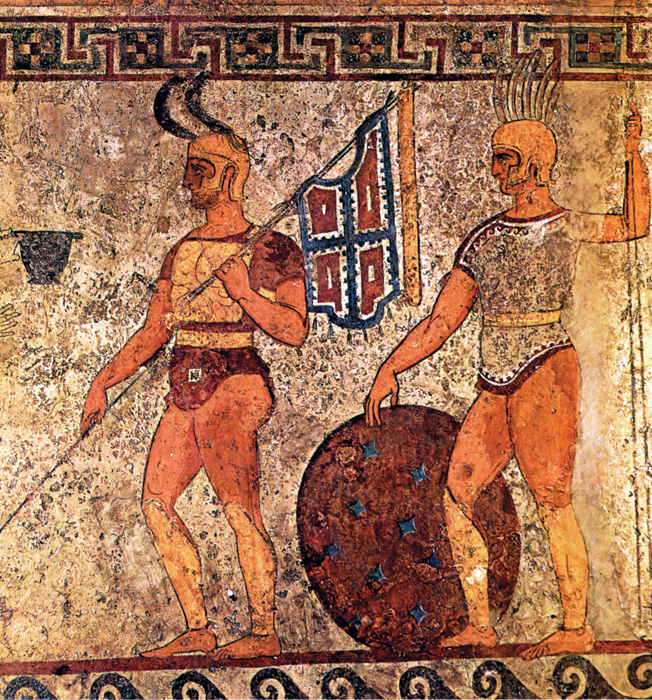 Swords and Citizens: Romans & the Samnites

by Jeffrey A. Easton

Centuries before the Romans came to dominate the Mediterranean basin, they fought a series of wars against neighboring peoples to establish their hegemony over the Italian peninsula. Read more 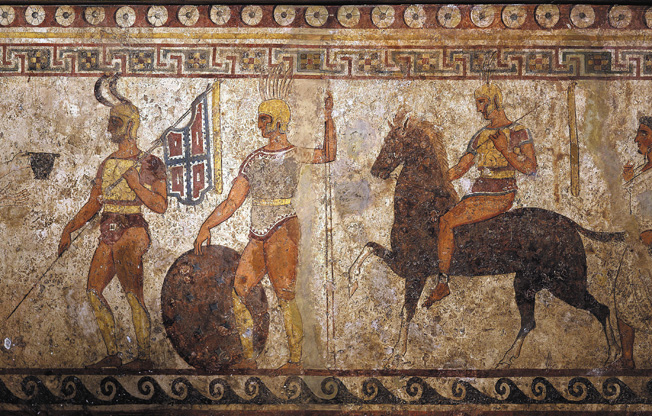 The Eagle at Asculum: General Pyrrhus of Epirus

by Jeffrey A. Easton

By the middle of the 4th century bc, the Roman Empire had steadily expanded its reach into the southern half of Italy. Read more 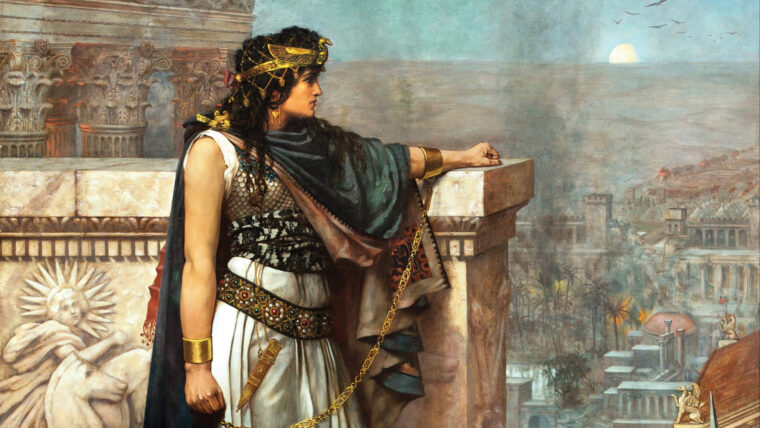