The Junkers Ju-87 Stuka dive-bomber proved itself an effective weapon of terror during the Spanish Civil War as part of Hitler’s Condor Legion. Its sirens screamed in the skies over Warsaw and Rotterdam. Its sinister, gull-winged profile became a symbol of the Nazi blitzkrieg.

Although the Stuka’s shortcomings were painfully exposed under the guns of Royal Air Force fighters during the Battle of Britain, it continued to serve on all fronts where the Luftwaffe was engaged. Interestingly, the Stuka rendered what was perhaps its most valuable service to the Third Reich later in the war when a resurgent Red Army was threatening the Fatherland itself. 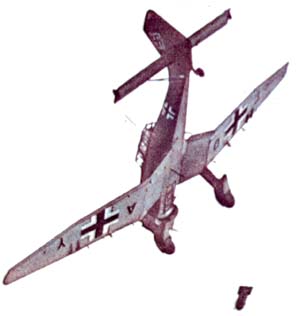 One of the most effective weapons of the war against armored formations was the Ju-87G, a variant of the original Stuka armed with a pair of 37mm Rheinmetall-Borsig cannon, one under each wing. Introduced in the spring of 1943, the tank-busting Ju-87G became a spectacular success on the Eastern Front.

In the hands of a skilled pilot, the Ju-87G was indeed deadly, and for Red Army tankers the deadliest man in the Luftwaffe was Hans-Ulrich Rudel. By the time the cannon-equipped Stuka was introduced, Rudel was already a national hero in Germany. When war broke out, he was flying reconnaissance missions, but he was allowed to transfer to dive-bomber training in the spring of 1940.

12 Tanks in A Single Day

On September 23, 1941, Rudel took part in a raid against the Soviet Navy’s Baltic Fleet at Kronstadt. His 2,000-pound bomb struck the battleship Marat, detonating an ammunition magazine. The ship sank quickly. During the war, he rose to the rank of colonel and was also credited with sinking two Soviet cruisers, a destroyer, and 70 landing craft. He destroyed 1,000 vehicles, 150 artillery pieces, and an incredible 519 tanks. He flew 2,530 combat sorties, 400 of them in the Focke-Wulf Fw 190 fighter in which he scored 11 aerial victories. It was reported that Soviet Premier Josef Stalin was so vexed by Rudel’s exploits that he placed a bounty of 100,000 rubles on the pilot’s head. 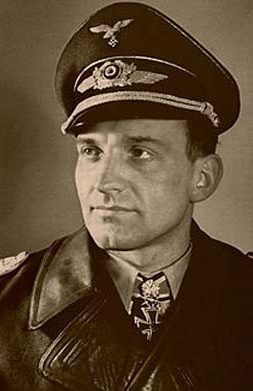 Rudel developed specialized tactics for employment against enemy tanks and once destroyed 12 of them in a single day. He determined that the most effective method of attack was from behind, hitting a tank near the engine where armor protection was thinnest. This required a maneuver that usually found the Stukas flying in the direction of their own lines, actually helping some damaged planes return safely to their airfields.

During a raid in March 1944, a Stuka of Rudel’s squadron was shot down by Soviet fighters. The commander saw that the crew was unhurt and landed to attempt a rescue. Although he was able to pick up his squadron mates, the plane was unable to take off because of the muddy conditions. With Soviet soldiers in hot pursuit, the German aviators took to their heels. His rear gunner drowned trying to swim the Dniester River, but Rudel made the crossing and was the only member of the group to eventually reach safety.

In February 1945, Rudel’s thigh was shattered by antiaircraft fire over Frankfurt. This was the most serious of several wounds he received during the war, and his right leg was amputated. Even this, however, did not keep him out of the cockpit. He went on to fly more than 30 combat missions after being fitted with a prosthesis.

The most highly decorated Luftwaffe pilot of World War II, Rudel was the only recipient of the Knights Cross with Golden Oak Leaves, Swords and Diamonds in the German armed forces. He was repeatedly directed to discontinue flying combat missions but ignored the orders. When the war ended, he flew with other German airmen to Kitzingen near Wurzburg, Germany, and surrendered to American forces. He had escaped the wrath of Stalin for good.

Argentina After The War

In 1948, Rudel emigrated to Argentina and helped to develop that country’s aircraft industry. Among others, he was joined there by former Luftwaffe General of Fighters Adolf Galland. He returned to Germany in the 1950s and later published his memoirs, entitled Stuka Pilot. During the postwar years, he produced other writings tinged with the right-wing political philosophy of German national socialism. He also ran unsuccessfully for political office in Germany as the candidate of an ultra-conservative party.

One of the most successful combat pilots in aviation history, Rudel died quietly in 1982 at the age of 66.