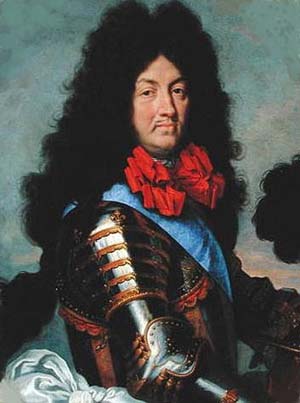 Louis XIV, the 'Sun King' of France, was largely responsible for growing his country into a strong 17th century empire. But this was accomplished through great calculation.

Louis XIV of France is remembered as the Sun King, the most resplendent figure of his age, the man who snatched dominance of Europe from the Spanish and built France into the preeminent power of the second half of the 17th century.
[text_ad]

In 1666 much of this still lay before the 28-year-old monarch. A young man, eager and able, and 15 years into taking the reigns of statesmanship into his own hands, he was still cautious about using his army. Although the military class chafed at inaction and restraint from opportunities for glory, Louis knew enough about some previous French military efforts that his countrymen could run off half-cocked with what was called furia francese only to regret their rashness. Louis was determined not to repeat these ill-considered forays.

The Conquest of Spanish Flanders

His first main venture into guiding military affairs would be well plotted and practically assured of success; it was the conquest of Spanish Flanders. First, Louis made sure he had the money to pay for the venture—his minister Colbert saw to it that the coffers were adequately filled. Louis also made much of organizing and retraining his soldiers, weeding out incompetent commanders. And he waited until his prey was weak—the Spanish empire was in decline and in the year 1666 Spain had a five-year-old sickly king, Charles II.

Even this was not enough. Louis claimed that where he was sending his army was by right his anyway. The argument revolved around six-year-old clauses of his marriage to Marie Therese—the late King of Spain Philip IV’s daughter—and the argument had some validity. Moreover, Louis made a treaty with Portugal so that he could attack Spain through this country if the conquering grew complicated in Flanders. Not even all this was enough; he also bribed German princes into neutrality. And he waited until his own army vastly outnumbered Spanish forces in Flanders. Then he gave military command of the campaign to his most experienced general, Turenne.

Not surprisingly, all went Louis’s way. In May 1667 he spilled over his borders claiming Flanders. One bastion after another fell to the dashing king. He became a hero to his countrymen. He did not overreach, but stopped with some notable gains and reinforced his positions.

Louis’s next effort did not go so well, however. Perhaps because the successes of spring 1667 were so forthcoming, Louis did not prepare as well for his following venture, overrunning Holland until he had control of the lower Rhine. Louis and his army crossed the Rhine in April 1672 and at first cities fell to him dependably. When Louis was at the gates of Amsterdam, the Dutch petitioned for peace, but Louis, perhaps drunk on his own triumphs, made outrageous demands. These the freedom-loving Dutch could not abide. They opened their dikes, flooded their fields, and turned Amsterdam into an island—unassailable. The Dutch sacrifice stymied the French, and the war literally and figuratively bogged down.

Moreover, the Dutch won sympathy elsewhere; the Holy Roman Empire and the Elector of Brandenburg were encouraged by the Dutch example and joined in alliance against Louis’s aggression; the Spanish governor of Flanders sent troops against the French. Louis had ended up turning most of Europe against him, but without visible gain. The war dragged on with sieges and antiguerrilla warfare until 1678. The signed peace ending the war actually looked pretty good for France, but Louis’s country was now seen as a menace.

Louis might well have lamented had he thought things through as well in ’72 as in ’67, or better understood the nature of the people he had set himself to attack.