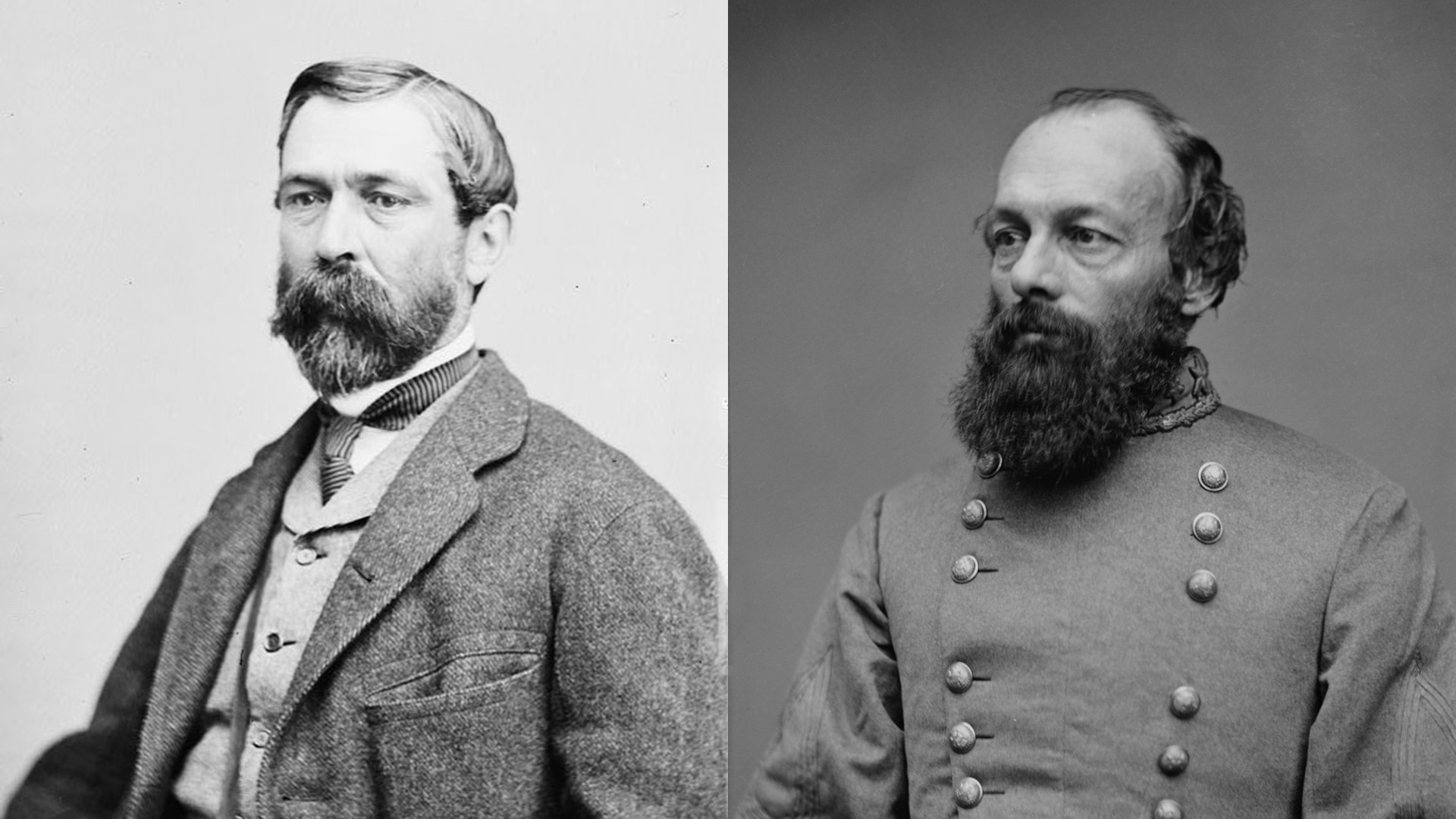 The feud between Confederate generals Richard Taylor and Kirby Smith remains one of the most contentious examples of in-fighting in the Confederate high command during the American Civil War.

As commander of the Trans-Mississippi Department, General Smith was Maj. Gen. Richard Taylor’s commanding officer during the Red River Campaign of early 1864. Maj. Gen. Nathaniel Banks began advancing up the Red River with the support of Union gunboats in March 1864. His 30,000-strong Army of the Gulf posed a major threat to the Confederates in the department.

After leading the Louisiana brigade in the famous Valley Campaign of 1862, the only son of President Zachary Taylor was re-assigned to command the District of West Louisiana. As Banks’ army grew in size, Taylor withdrew up the Red River Valley to avoid being overwhelmed by an army three times the size of his force.

One of the first instances of Smith’s interference in Taylor’s efforts to defeat Banks occurred when Smith ordered him to make a demonstration against Union forces on the west bank of the Mississippi opposite Vicksburg in an effort to relieve pressure on the besieged Confederate garrison at Vicksburg. “Remonstrances were of no avail,” wrote Taylor. Taylor’s assaults at Milliken’s Bend and Young’s point in early June 1863 changed nothing. Returning to southern Louisiana, Taylor dispatched forces that raided Bank’s supply base at Brashear City on the Atchafalaya River in late June, netting $2 million in supplies. This gave the otherwise destitute Confederates in western Louisiana a wealth of supplies.

Taylor grew bitter over Smith’s interventions in Taylor’s attempts to crush Banks. With his 9,000 Louisianans and Texans, Taylor defeated Banks at the Battles of Mansfield and Pleasant Hill fought on April 8-9, 1864. In the aftermath, Banks lost the confidence of his subordinates, and fell back on Alexandria, Louisiana. These victories might not have been won if Taylor had followed Smith’s cautious instructions. Indeed, Smith had instructed Taylor to delay his attack on Banks at Mansfield, but Taylor went ahead with the attack.

The great rift between the two commanders occurred when Smith detached Maj. Gen. John George Walker’s Texas division from Taylor’s command after Pleasant Hill. A heated face-to-face argument ensued between the two men over the matter, but Smith prevailed as the commanding officer. This cut in half the number of troops Taylor had with which to defeat Banks, thereby making it near impossible to achieve a major victory. Smith subsequently ordered Walker to southern Arkansas where Smith was attempting to halt a Union column from striking out from Little Rock for Shreveport, Louisiana.

Taylor submitted his resignation from the service on May 13. To his credit, Taylor and his subordinates had saved western Louisiana and Texas from Union conquest and occupation.

The feud put Confederate President Jefferson Davis in a bind. Smith was his personal friend, and Taylor was the brother of the president’s first wife. Davis subsequently ordered Taylor to take command of the Department of Alabama, Mississippi, and East Louisiana.

Smith had used Walker’s Texas Division to achieve parity with Union forces at the Battle of Jenkins’ Ferry on April 30, 1864. The Confederates suffered heavy losses in the battle for little gain. Smith would never concede he had made a mistake, but neither did he begrudge Taylor for his strong opinions on the matter. As for Taylor, he never forgave Smith for derailing his campaign against Banks.