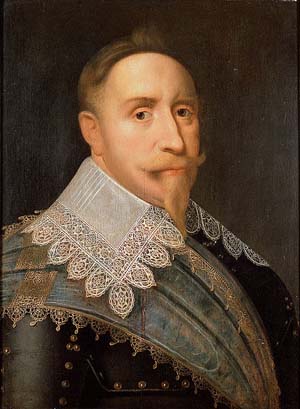 King Gustavus Adolphus, Breitenfeld, and the Birthplace of Modern War

On a smoky battlefield in northern Saxony, an innovative young Swedish king altered forever the face of European warfare.

On a hot, dusty September morning in 1631, the Imperial Army of the Holy Roman Emperor rested easily on the plains outside the village of Breitenfield, six miles north of Leipzig, Saxony. The army as a whole was feeling supremely confident. Behind it lay a string of victories over its Protestant German opponents stretching back over a decade. Its soldiers were hardened veterans. Its aging but still vigorous commander, Johann Tzerclaes Count von Tilly, was undefeated in battle and his generals were itching for another fight. All that stood in the way of complete Catholic domination of Germany was an allied army of unkempt Swedes and inexperienced Saxons. “Ragged, tattered, and dirty were our men besides the glittering, gilded, and plume-decked Imperialists,” wrote one Swedish soldier, comparing the shoddy appearance of his compatriots with their seemingly invincible foe.

But, as is often the case, appearances would prove deceiving. Swedish King Gustavus Adolphus had been diligently preparing for this moment, training and modeling his army on new, untried theories of warfare. Now was his opportunity to prove these theories workable against a commander who had repeatedly demonstrated the effectiveness of older methods. The rules of war were about to change dramatically. A conflict that had been characterized by nearly unimaginable violence and brutality was entering a new phase of sophisticated tactics, an almost scientific approach to battle.

Any Change Would Have Been Welcome

For the war-weary people of Germany, who had already endured over a dozen years of war, pillage and slaughter, any change would be a change for the better. (No one could foresee that the still-unnamed Thirty Years War was less than half over.) All Gustavus needed to do to encourage his men was to bring up the recent memory of Magdeburg and promise that in the coming battle they would witness God’s justice. The sack of the Protestant city of Magdeburg in May 1631 was one of the most horrific episodes of the war. Following a successful siege, Tilly’s Imperialist and Catholic League soldiers went wild in an orgy of pillage, rape, and murder that was cruel even for those days. The result left thousands of Magdeburg’s citizens dead. Tilly did not sanction the actions of his army, and their brutality worked resoundingly to his disadvantage. Terrified German Protestants rallied to the support of the only viable threat to Imperialist power, the Swedish Army of Gustavus Adolphus. During the siege, Magdeburg had appealed to the Swedish king for relief—to no avail. With his army to the north in control of the Baltic coast and the Oder River, Gustavus was not yet prepared for a showdown with Tilly. He was biding his time, trying to recruit allies to reinforce his army. In that sense, the horrendous events at Magdeburg were a blessing in disguise. In August, Brandenburg and Mecklenburg threw in their lot with Gustavus. Elector John George of Saxony was on the brink of joining him. Following the catastrophe at Magdeburg, the elector had organized a 20,000-man anti-Imperialist army. Tilly demanded that the Saxon Army disband and hand over all recruits or else he would sack Leipzig—a prospect that undoubtedly conjured visions of another Magdeburg. The threat convinced John George to seek a Swedish alliance, and Gustavus was all too pleased to accept. The elector marched his forces to Duben, 25 miles northeast of Leipzig, where, on September 14, he united with the Swedish Army.

True to his word, Tilly occupied Leipzig the next day, though not with the savagery of Magdeburg. He remained there to replenish his ravenous soldiers in one of few regions not yet entirely ravaged by the seemingly endless war. Meanwhile, confident that he had sufficient forces, Gustavus and his new Saxon allies headed south toward Leipzig to challenge the Imperialist Army. By September 16, only five miles separated the two armies—and two commanders with vastly different ideas on how to conduct battle. Tilly was an old war horse when he confronted Gustavus Adolphus at Breitenfeld. A mercenary general serving Duke Maximilian of Bavaria, the 72-year-old Tilly had been leading Catholic forces to victory since the Battle of White Mountain 12 years earlier. Throughout that time he stuck rigidly to the same battlefield tactics that made him so formidable. Tilly’s tactics had been standard in Western Europe for over a century. They were based on the tercio (Spanish for regiment), an immense body of infantry similar to the Spartan phalanx of classical times. The tercio was more or less its own army. Consisting of up to 3,000 men (although Tilly’s were somewhat smaller), tercios battled individually instead of supporting the rest of the army. Tilly grouped his tercios in triangle or diamond formations with substantial distances between each. In the latter formation, a fourth tercio served as a reserve. A 2-to-1 ratio of musketeers to pikemen constituted each tercio. The musketeers formed two wings, or “sleeves,” on each side of a solid mass of pikemen. In front of the pikemen were three to five ranks of lightly armed arquebusiers.

The musketeers practiced a difficult operation known as the countermarch to sustain a rate of uninterrupted fire on the enemy. The countermarch was a system of firing whereby the musketeers fired one round, then marched to the rear rank to reload. When advancing, each successive rank marched in front of the last rank to have fired. The difficulty of reloading amid the confusion of battle insured that this operation was rarely executed correctly. The cavalry of the day performed a caracole, a system similar to the countermarch of the musketeers. During a caracole, successive waves of horsemen rode before the enemy lines and discharged their pistols before retiring to reload. The purpose of the cavalry and the musketeers was to soften up the enemy. Once they had sufficiently weakened the enemy, the infantry charged forward with a final push of pikes to disperse the opposition. In reality, a slow rate of fire and little maneuverability made the tercio a poor offensive weapon. Its incredible mass made it substantially more suitable as a defensive force. The result was that the tercio was difficult to destroy, causing many battles between disciplined opponents to end bloodily and indecisively.

Changing the Face of Warfare

King Gustavus Adolphus, half Tilly’s age, went beyond his opponent’s traditional thinking. Recognizing the changing face of warfare, the king modeled his army on that of the Dutch innovator Maurice of Nassau. Maurice’s “linear” theory of battle reduced the strength of individual units, making them considerably less powerful than the tercio, but vastly increasing their firepower and mobility. He based his system of battalions on the cohorts of ancient Rome. Unlike the tercio system, Maurice designed his units to fight cooperatively rather than independently. Maurice, however, had never fully tested his theories in combat. That task fell to Gustavus Adolphus. This article is from the June 2005 issue of Military Heritage Magazine. If you would like to read the rest of this and other articles, visit our order page to see which digital editions we have on offer.