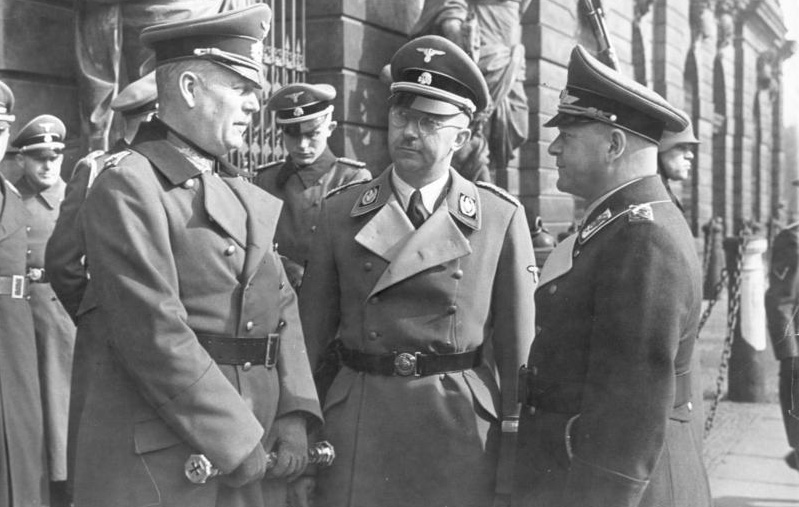 The most recent find from the Russian Military Archive shows the banality of evil from the eyes of one of the Third Reich's most notorious murderers.

Captured by the Red Army during World War II, diaries written by Heinrich Himmler, Reichsführer of the SS, lay forgotten in the vast, byzantine collections of the Russian Military Archive. That is, until earlier this year, when they were uncovered by Bild, a German tabloid.

The diaries amount to 1,000 pages, written during the years of 1938, 1943, and 1944. The years 1943 and 1944 saw the apex of Nazi Germany’s “Final Solution”, led by the SS under Himmler. The diaries have been described as ‘office diaries’ or a ‘service calendar’, which provide the daily account of responsibilities for the leader of the SS.

The British publication The Sun also gives insight into the cavalier nature of the diaries’ descriptions of daily murder.

The diaries will add more depth to the historical understanding of Heinrich Himmler’s character and the atrocities that defined him. Diaries and accounts such as these, including ones found in the past by Himmler, have been crucial for historians piecing together the reactions and impressions historical figures had for specific days and events.

Furthermore the diaries have demonstrated the widely noted concept of the banality of mass murder, where atrocities become normalized and intermeshed with casual and personal concerns, such as family. Rudolf Hoess, the commandant of Auschwitz, is another dramatic case study of this phenomenon.

How to Read the Diary Yourself

On August 2, 2016, Bild began publishing the diaries as a serial. However, anyone without a subscription to the newspaper or a rudimentary understanding of German may have to wait for a translation.

The diaries are slated to be published in book-form by next year.