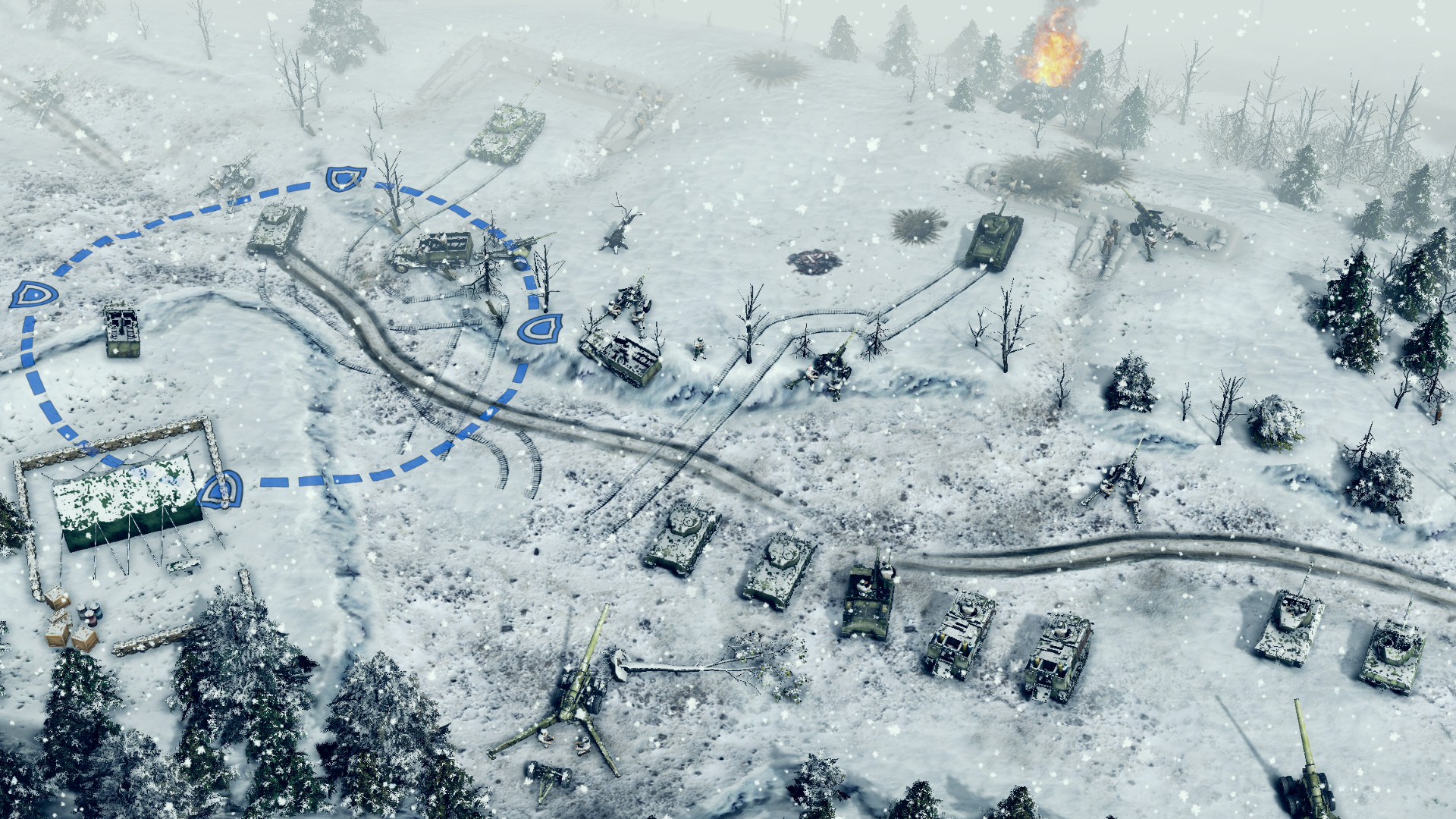 The latest selection of war games runs the gamut from sausage parties to serious sorties.

This article appears in: October 2018

Katsu Entertainment’s Sausage Bomber has been on the mobile market for a while now, but it recently made its way to PC and Mac. For the uninitiated, this physics-based puzzler is based on the discovery of one unlikely solution to a truly desperate wartime situation: Daylight Precision Sausage Bombing. That’s right, you can take your missiles and infantry ammo and shove it all, because it’s going to take a diligently dropped deli deluge to turn the tides of battle in this cartoony outing.

From the very start, Sausage Bomber’s setup will remind newcomers of a certain game starring some very perturbed birds. Those who aren’t down with said birds might find this a more satisfying outlet for a similar style of one-tap gameplay. The alternate world scenario has invaders attempting to take over the nation of Fredonia. Naturally, the only way to successfully blow these enemies away is to unleash a hellstorm of hot meat, from hot dogs and haggis to kielbasa and a wide assortment of cured meats. It’s a ridiculous premise that seems completely normal thanks to an aesthetic that complements the proceedings nicely. 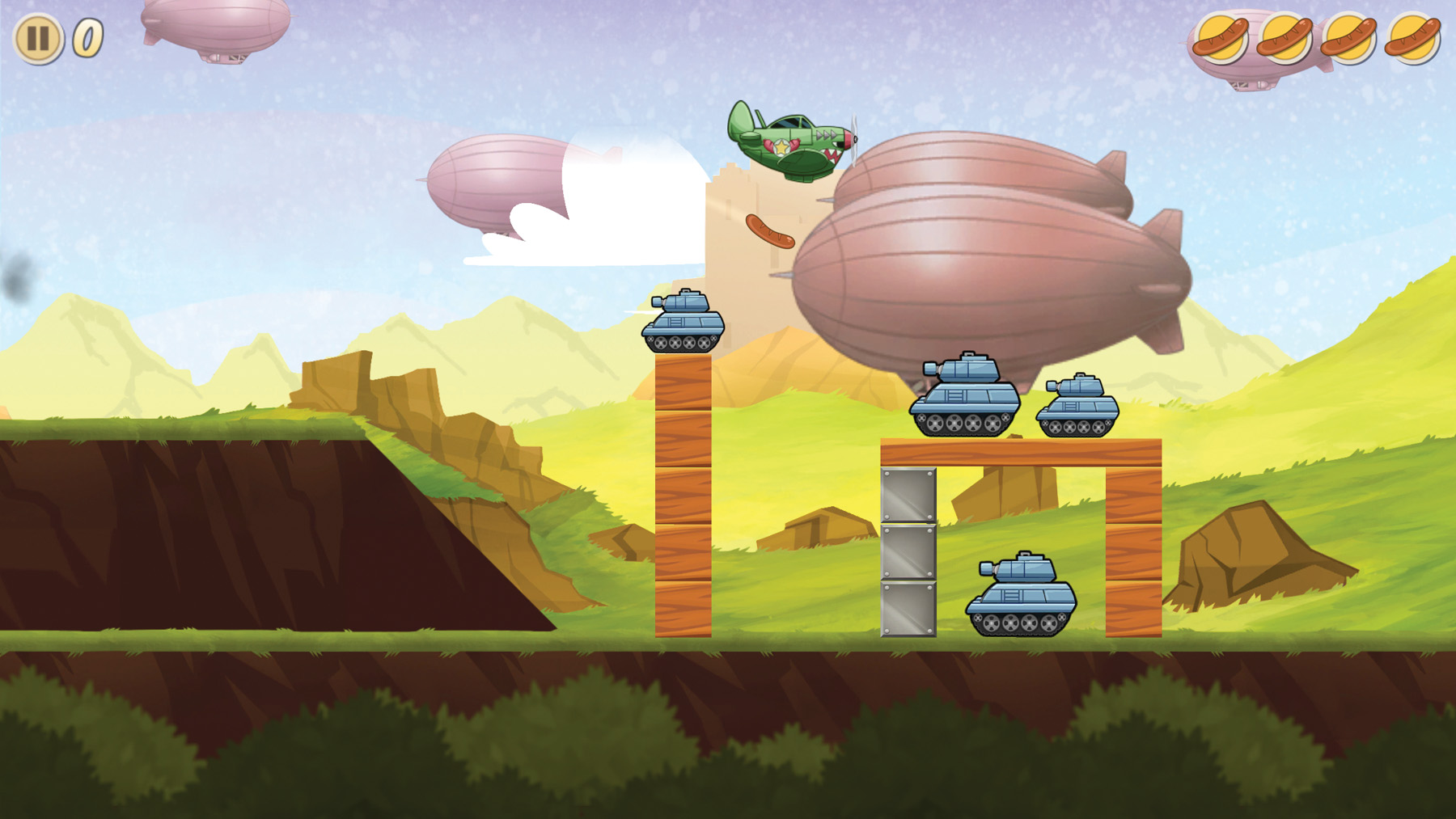 Over the course of 128 missions, players will take on other themed nations, including Krautsbourg, Relishtonia, Ketchup Isles, and Dijon Terre. As you play you’ll unlock more powerful sausages, which is a totally rational thing to type. The Bombers increase in power, as well, from the Spitfire and Hellcat to the formidable Lightning. The stronger your fleet, the easier it will be to cause the type of chain reactions that wipe out enemies in rapid succession and boost your score through the roof.

Sausage Bomber is a very familiarly structured game, but it’s also oddly endearing. This type of time-killer will always be more suited to mobile devices like phones and tablets, but those looking for something to fool around with on their desktop or laptop will probably find themselves retrying levels repeatedly just to see if they can cause a liiiittle more chaos. If the visual style doesn’t do it for you, or if you’ve had enough of this type of puzzler, you won’t find much new to latch onto here. 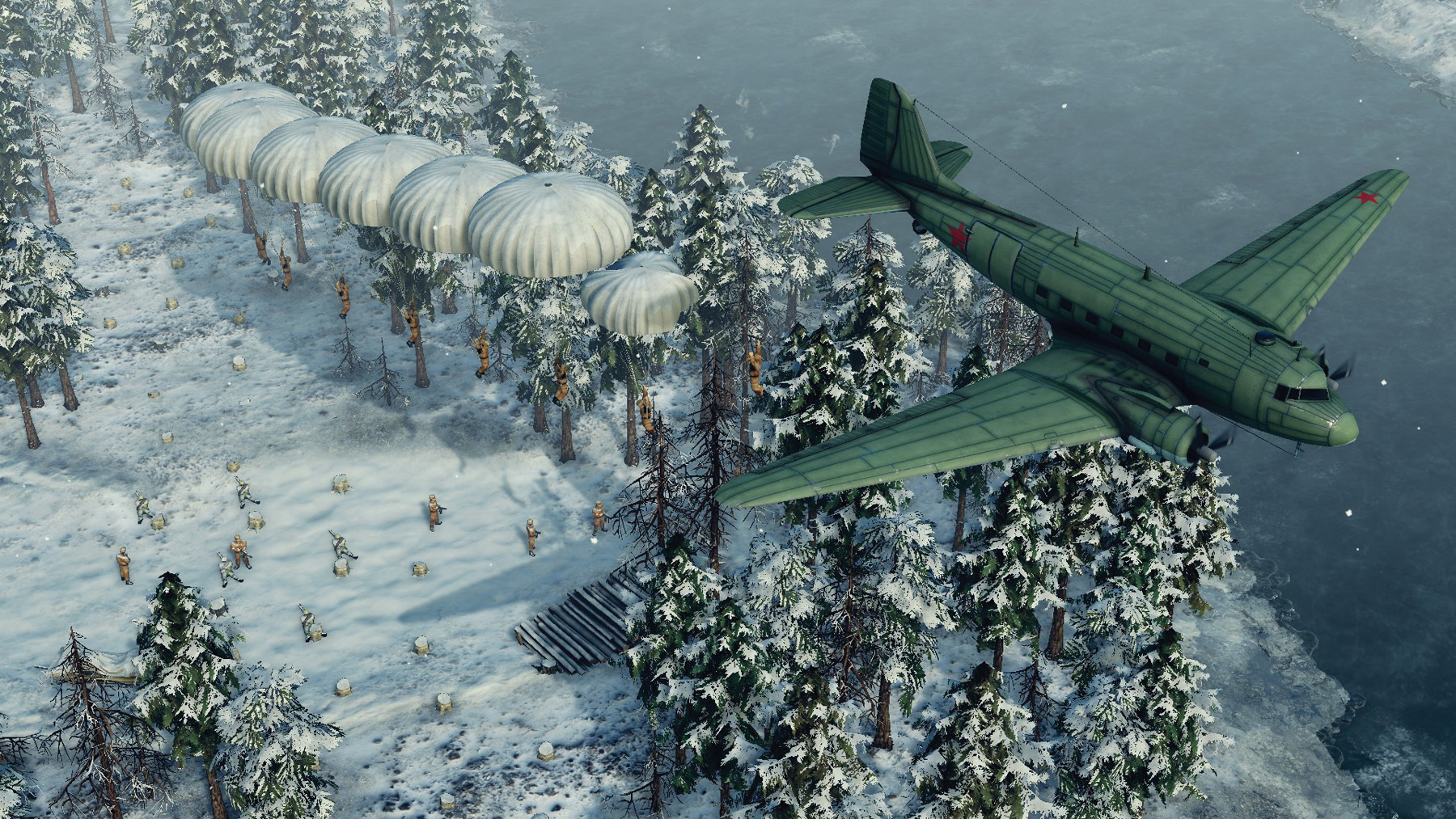 Kalypso Media continues to support Sudden Strike 4, and the latest update takes the battle up north. Sudden Strike 4: Finland—Winter Storm covers the Russian advances on Finland both during and after the Winter War, taking us all the way to 1944’s Vyborg Offensive. The results of this DLC offering are two fresh mini-campaigns and six missions depicting the battle between the Soviet and Finnish forces, and those who are already invested in what Sudden Strike 4 delivers will find plenty more to enjoy here.

This heated conflict is split into two separate campaigns: Soviet and Finnish. The former tasks players with attempting to capture the village of Suomussalmi, protecting the railway to Murmansk from German attackers, and cracking the Finnish defensive lines during the Vyborg Offensive. As for the Finnish campaign, you’ll have to retake and hold Suomussalmi, seize the Lähde sector, and bolster your defenses in the Battle of Talilhantala.

Backing up these new campaigns are a trio of new doctrine commanders, including renowned general Karl Lennart Oesch, artillery expert Vilho Petter Nenonen, and tank general Ruben Lagus. There are also 19 new vehicles, from the Russian KV-1 to the Finnish Stug III G. If you’ve been playing all the DLC Sudden Strike 4 has had to offer since its initial launch, you’re likely already deep in the Winter Storm. For everyone else, consider this a reassuring testament to Kalypso’s continued efforts. 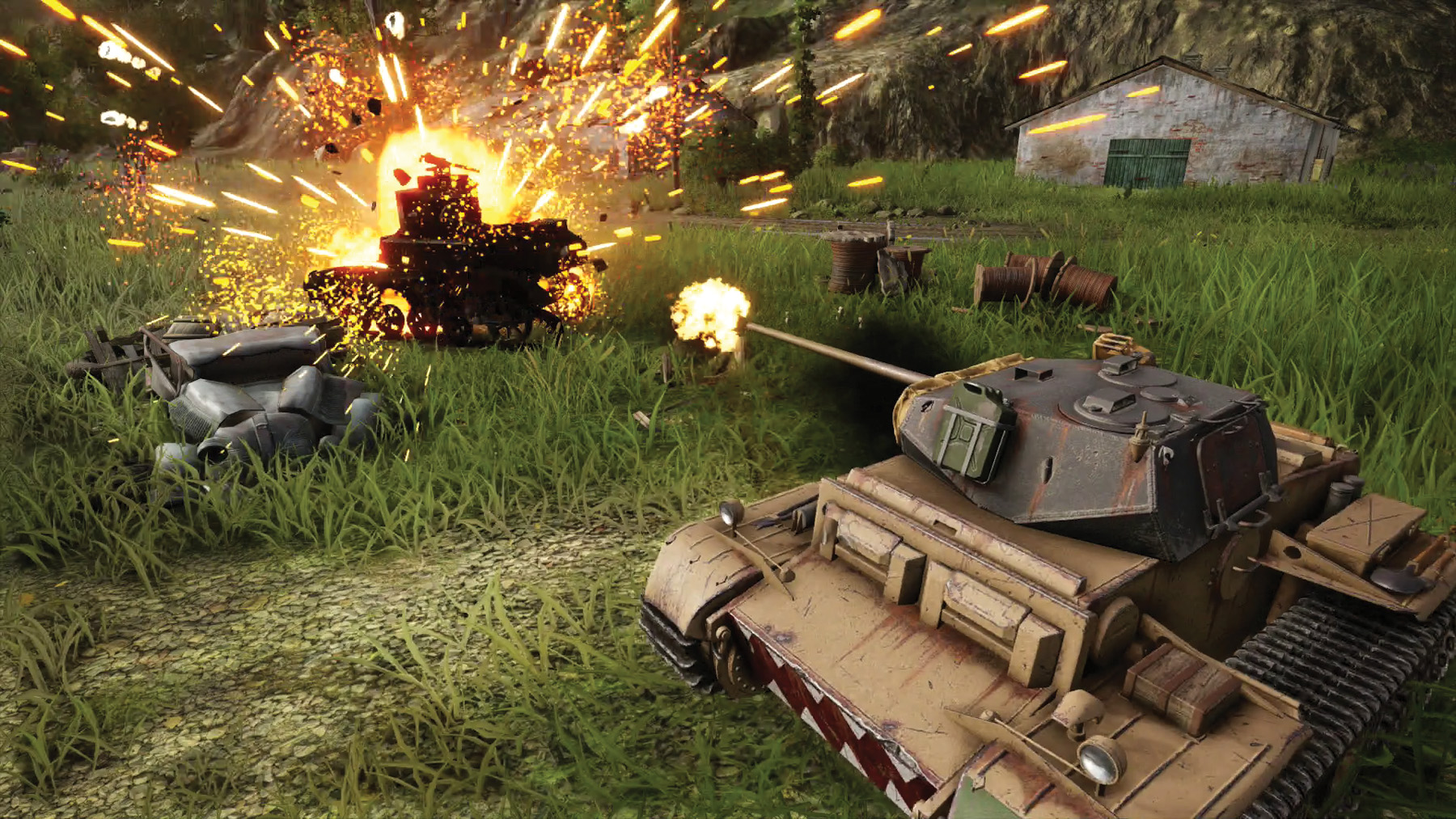 Set in an alternate history in which World War II never came to an end, World of Tanks: Mercenaries recently introduced a story campaign in one of the largest console updates in the history of the series. Consider this Wargaming’s response to the popularity of hero-based multiplayer games, because the crews of World of Tanks are front and center in the latest PS4, Xbox One, and Xbox 360 (yep!) release.

Mercenaries is more than a means of captivating a new audience, though. The expansion introduces new vehicles and maps in the process, giving both new and returning players some hefty content to explore. It’s clear that Wargaming is banking on this being a long-running addition to the property, and it all started in style this summer with the kick-off of the console-exclusive War Stories campaign, The Heist. This yarn has a ragtag crew of Mercenaries setting up, executing, and escaping from a raid on a secret war facility. It can be tackled alone or cooperatively with others, and it’s a great first taste of what will hopefully mark a new chapter in the World of Tanks saga.

With its colorful cast—featuring the likes of the rapid-fire Crazy Snake and Japanese freedom fighter Storm Hunter, among others—Mercenaries is for anyone who needs some more interesting context to fuel their tank-battling sessions. It’s both a solid place to start, and something new for players longing for a more story-based take on the property. As long as Wargaming continues to come up with new campaigns, we’ll keep checking out what Mercenaries brings to the table.