Your every action will affect the theater of war in Heroes & Generals.

It goes without saying at this point that war-based first-person shooters are practically a dime a dozen. The same could be said about strategy titles, as well, so it always comes down to a particularly innovative touch applied on the creator’s part. Developer Reto-Moto is putting an interesting spin of its own on the World War II FPS with Heroes & Generals, a browser-based title that takes the actions of every player and gives them an actual effect on the overall theater of war.
[text_ad]

A Flimsy Endeavor? Or Pushing the Boundaries?

Heroes & Generals may at first glance seem like a somewhat flimsy endeavor. But, pretty amazing things can be done in-browser now, and the concept behind Heroes & Generals mashes up online and single-player in a way that, well, pretty accurately echoes the title. Players can battle their way through missions and online modes with customizable characters in the manner one would expect of the genre, but it’s the way those battles shape the collective experience that forms the game’s true hook. 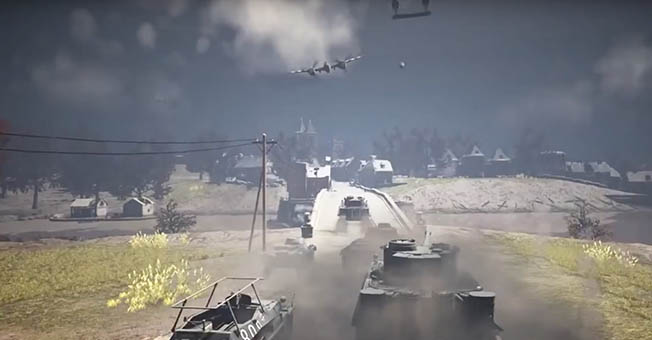 Every battle affects one large world map, the European Theater itself, on the game’s War Server. This creates an opportunity for other players to take on the “thinking man’s” role as a strategic officer, managing resources and making battlefield decisions—the Big Picture, if you will—while others fight the subsequent battles below. As the game’s official website puts it, “Your actions can turn the tide of a persistent online war being fought by thousands of players.”