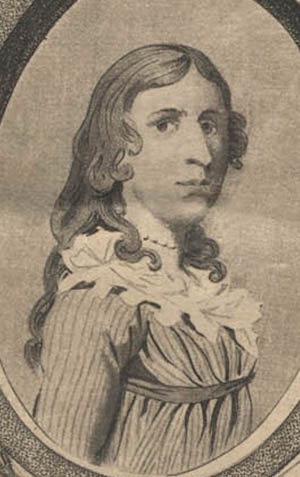 One of the many female Revolutionary War heroes who has been shrouded in myth and legend, the story of Deborah Sampson sticks out as one of the more interesting.

Deborah Sampson was born in Plympton Massachusessts in December 1760. The oldest of seven children, she grew up poor, and after being abandoned by her father, she became an indentured servant. After moving from home to home, she enlisted in the Continental Army in 1781.

According to the National Women’s History Museum, she was then soon assigned to a scouting party, and “dangerous task of marching through the Neutral Ground of what is today Westchester County to assess the British buildup of men and materiel in Manhattan, which General Washington was contemplating attacking. On the return trip, she had her first taste of battle when her group was attacked by British sympathizers and troops.”
[text_ad]

In June 1782, Deborah and two sergeants led an expedition with 30 other soldiers into the Neutral Ground. NWHM reports that upon heading north, “they became engaged, often one-on-one, with a band of Tories. During this encounter, Deborah received a gash from a sword on her forehead, which covered her left side in blood. Her distress increased immeasurably, however, when she discovered that she had been shot in her left thigh just below the groin. She was able to conceal this wound from the doctor and extracted the pistol ball herself. She took care of this injury as best she could, but before it was completely healed, she was pronounced fit enough to rejoin the army.”

Eventually, Sampson’s identity was found out. She was given an honorable discharge for her service in the war. Today, the Deborah Sampson Award is given to “a Massachusetts resident whose military and community service is extraordinary.”

Learn more about Deborah Sampson and her contributions to the Revolutionary War by visiting the NWHM website.