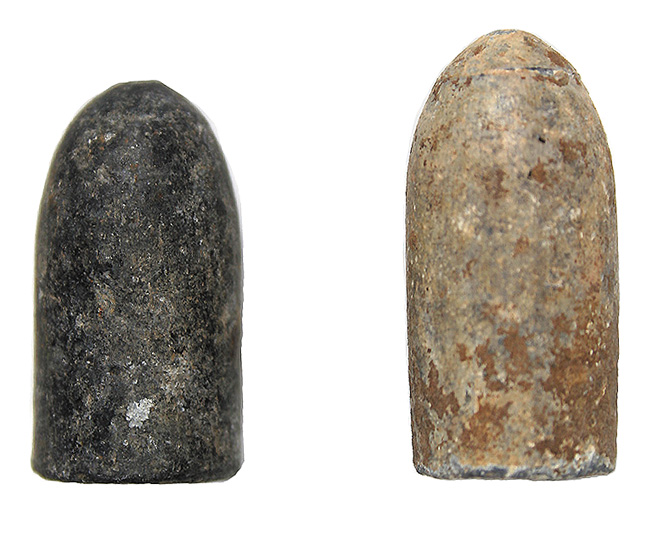 The minié bullet, or "not ball," was instrumental in helping the British defend against an overwhelming Russian force at Inkerman.

The force multiplier that allowed the outnumbered British to stand up to the overwhelming numbers of Russian attackers at Inkerman was the Minié bullet (not ball). The Russian soldiers, still armed with smooth-bore muskets, faced the daunting task of advancing into the muzzles of British Minié bullet-firing Enfield rifled muskets. The rapid-firing, deadly accurate British musketry literally mowed down the Russian ranks.
[text_ad]

Since the Napoleonic Wars, European infantry had faced the dilemma of choosing between slow-firing but accurate rifles and faster firing but less accurate muskets. The ball fired by a smooth-bore musket did not have a tight fit, and upon leaving the musket’s muzzle it often went astray. On the other hand, the grooves inside the rifle barrel tightly gripped and spun the bullet, giving it range and accuracy.

In 1849 a French armory captain, Claude-Etienne Minié, an inspector of musketry at the military academy at Vincennes, found the solution to merge the two. The Minié bullet, made out of soft lead, was not really a ball, but rather a cylindrical bullet. Being smaller than the diameter of the barrel, the Minié bullet could be easily dropped inside the barrel. Shaped like a cone with a cavity in its base, the Minié bullet had three angular grooves on its body. When the powder charge exploded against the cavity in its base, the bullet would expand the grooves and create a tight fit in the rifled barrel. The cavity in the bullet’s base also helped to a degree in cleaning out the barrel of the black-powder fouling.

Before the advent of rifles, the artillery was the primary arm used to strike an enemy at a distance. The numbers of rifle-armed specialists were too few to seriously alter the makeup of the battlefield. But when regular infantry units became armed with rifled muskets firing Minié bullets, the artillery suddenly found itself within the range of hostile infantrymen. At the Battle of Inkerman, Russian artillerymen suffered greatly from British infantry fire.

The invention of the Minié bullet also changed the way infantry was employed in battle. The dense infantry columns of Napoleonic times were replaced with troops fighting in lose line formations and volley fire gave way to fire-at-will. To their dismay, the large Russian columns were decimated by British rifle fire during the Battles of Alma and Inkerman. Similar weapons were also used with devastating effect during the American Civil War a decade later.

Minié bullets significantly helped in removing cavalry as a decisive force on the battlefield, as well. During Napoleonic times, the infantry had to form a bayonet-bristling square to protect itself from cavalry. Now, the infantry was able to bring fire on the advancing cavalry at much longer distances and with much greater accuracy. The advent of the Minié bullet thus signified a turning point in military technology, marking the end of massed formations and the beginning of more decentralized operations by smaller units. n