The USS Phoenix taxied many American soldiers in the Pacific Theater before being sunk as the ARA General Belgrano in the Falklands War.

The USS Phoenix fought under two flags during her 44-year career. She gained initial prominence as a United States ship during World War II and concluded her career as an Argentinian combat casualty in the Falklands War of 1982. From the Pearl Harbor attack to regime change in Argentina, The Phoenix was a historic player in the hemispheres during the 20th century.

Commissioned in 1938, the USS Phoenix would patrol the West coast of the continental United States, defending against Japanese submarines, before being transferred to Pearl Harbor. During the Japanese attack on the naval base in 1941, the Phoenix was stationed southeast of Ford Island, separating her from the brunt of the assault. As one of the few undamaged and seaworthy vessels remaining in the harbor, the Phoenix would help comprise the improvised American force tasked with searching for the Japanese carriers.

After the Pacific Fleet regained its bearings, the Phoenix was sent to Australia and the South Pacific to slow the rapidly advancing Imperial Japanese Navy (IJN). Though only a Brooklyn-class light cruiser built to post-World War I armistice standards, she successfully escorted troop transports and carriers as far as Bombay, Java, and the Indian Ocean. The Phoenix was instrumental in securing and evacuating American strategic assets at a time when the American Pacific fleet was unable to hinder Japanese expansion.

As American Naval power reasserted its position in the Pacific, the Phoenix was paramount in continually rolling back Japanese forces in the theater. At the 1944 Battle of Surigao Strait—part of the Battle of Leyte Gulf and the reconquest of the Philippines—the Phoenix was an instrumental part of the U.S. Naval force responsible for decimating the IJN Southern Force in the second of two battleship-to-battleship encounters in World War II.

The Phoenix would spend the remainder of the war escorting minesweepers around Borneo until the impending Japanese surrender. She was subsequently sent to Philadelphia where she was decommissioned in 1946.

As repayment for superb service in the Pacific Theater, the Phoenix received eleven battle stars, but was eventually sold to Argentina in 1951. Initially rechristened the 17 de Octubre, symbolizing the Argentinian independence movement of the 19th century, she joined in the coup against Peron in 1955 and was subsequently rechristened the General Belgrano. She would spend many years as the Flagship of the Argentinian Navy; an ambassador to the world and the pride of Argentina.

Destroyed By the British During the Falklands War 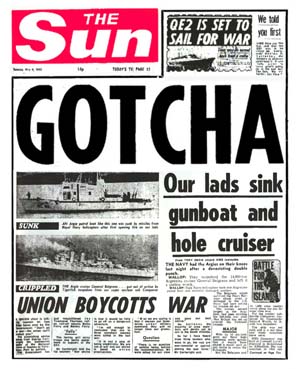 The once prestigious Phoenix would end her combat career at the hands of a British nuclear sub. During the Falklands War of 1982, a British Naval Taskforce defending the Falkland Islands would engage a tentative Argentinian Naval force towing the area of engagement surrounding the islands. The British submarine HMS Conqueror would sink the ARA General Belgrano with two torpedoes, killing 323 men and forcing the Argentinian Navy to relinquish any further influential role in the war.

Serving in two wars under two flags, the USS Phoenix, and later the ARA General Belgrano, enjoyed war valor and diplomatic prominence. These feats, along with outliving many of her contemporaries, exhibit the pinnacle of American 20th century naval manufacturing.