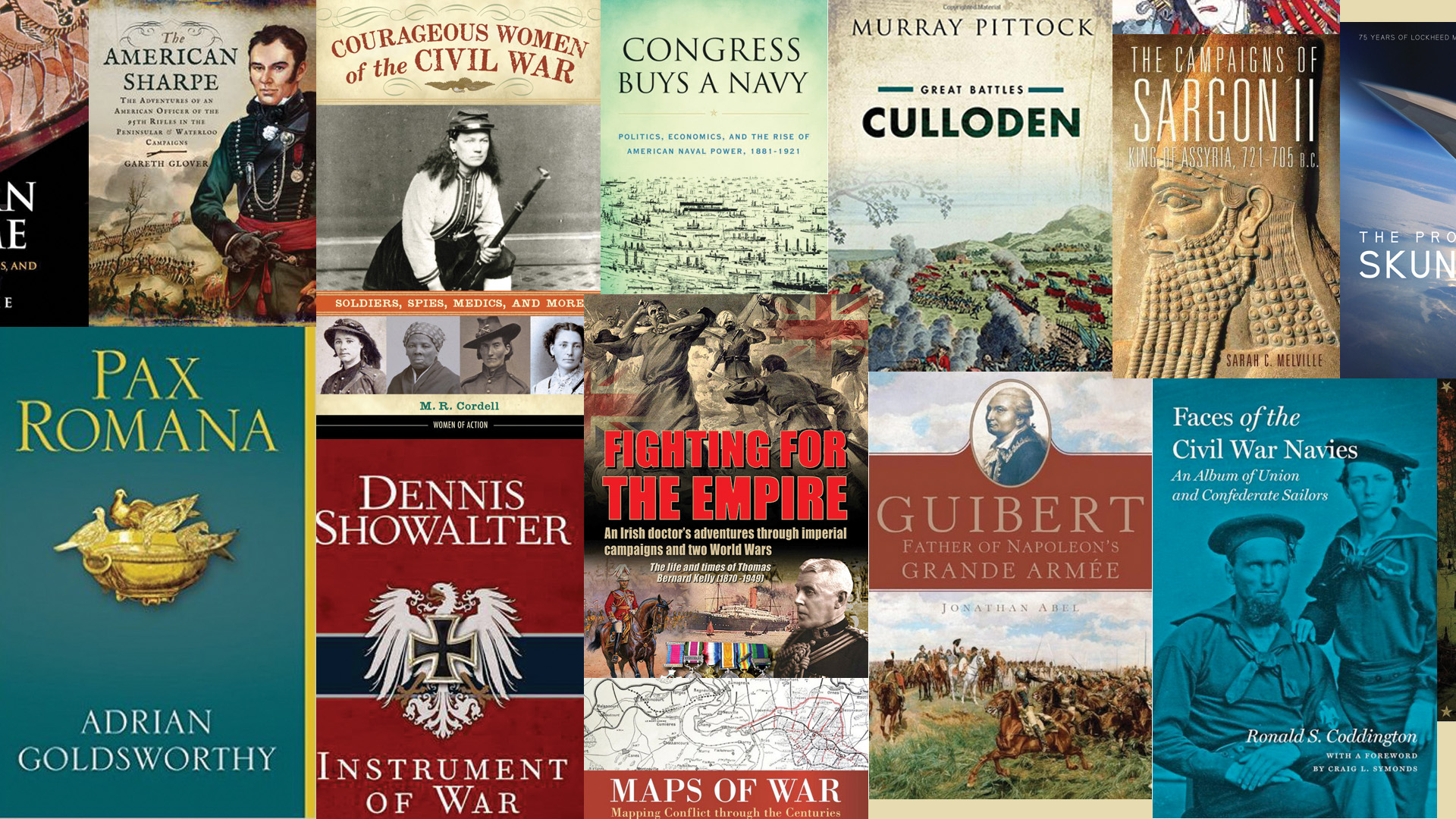 Christopher Miskimon gives a quick look at ten new books that are hitting the shelves in bookstores across the country.

Courageous Women of the Civil War: Soldiers, Spies, Medics and More (M.R. Cordell, Chicago Review Press, 2016, $19.99, Hardcover) A number of women served in various roles during the conflict. The book contains the stories of 16 brave women.

Northern Armageddon: The Battle of the Plains of Abraham and the Making of the American Revolution (D. Peter MacLeod, Knopf Publishing, 2016, $35.00, hardcover) This battle was pivotal in the French and Indian War and the creation of Canada. Its results changed North America forever.

Guibert: Father of Napoleon’s Grand Armee (Jonathan Abel, University of Oklahoma Press, 2016, $34.95, Hardcover) Guibert was one of the foremost theoreticians of his day. He laid the foundation for the armies that Napoleon would later lead.

Faces of the Civil War Navies: An Album of Union and Confederate Sailors (Ronald S. Coddington, John Hopkins University Press, 2016, $32.95, Hardcover) This collection of photos shows sailors of both sides, each accompanied by that individual’s story.

The Spartan Regime: Its Character, Origins, and Grand Strategy (Paul A. Rahe, Yale University Press, 2016, $38.00, Hardcover) This work looks at Sparta through the lens of the ancient Greeks. It covers the period leading up to the Persian invasion.

Waging Insurgent Warfare: Lessons from the Vietcong to the Islamic State (Seth G. Jones, Oxford University Press, 2016, $29.95, Hardcover) Insurgencies have been among the most common forms of warfare since before the Cold War ended. This book examines how they begin, how they fight, and how to defeat them.

Congress Buys a Navy: Politics, Economics, and the Rise of American Naval Power, 1881-1921 (Paul E. Pedisich, Naval Institute Press, 2016, $39.95, Hardcover) In four decades, the U.S. Navy went from a decrepit force to a world-spanning fleet. The story of its resurrection is told in detail.

The Samurai (Stephen Turnbull, Osprey Publishing, 2016, $15.00, Hardcover) Japan’s sword-wielding warriors are famous for their discipline, skill, and bravery. Their history, weapons, and service are examined in detail.

Images of War: China and Japan at War 1937-1945 (Philip Jowett, Pen and Sword Publishing, $24.95, Softcover) This photo book contains many pictures of the long struggle between these two nations. Included are detailed captions and chapter introductions.

Maps of War: Mapping Conflict through the Centuries (Jeremy Black, Conway Publishing, 2016, $50.00, Hardcover) Maps have been vital to warfare for centuries. This volume reveals how they have been used for planning and recording history’s most important conflicts.

One thought on “Book Review: A Brief Look at Ten New Book Releases”