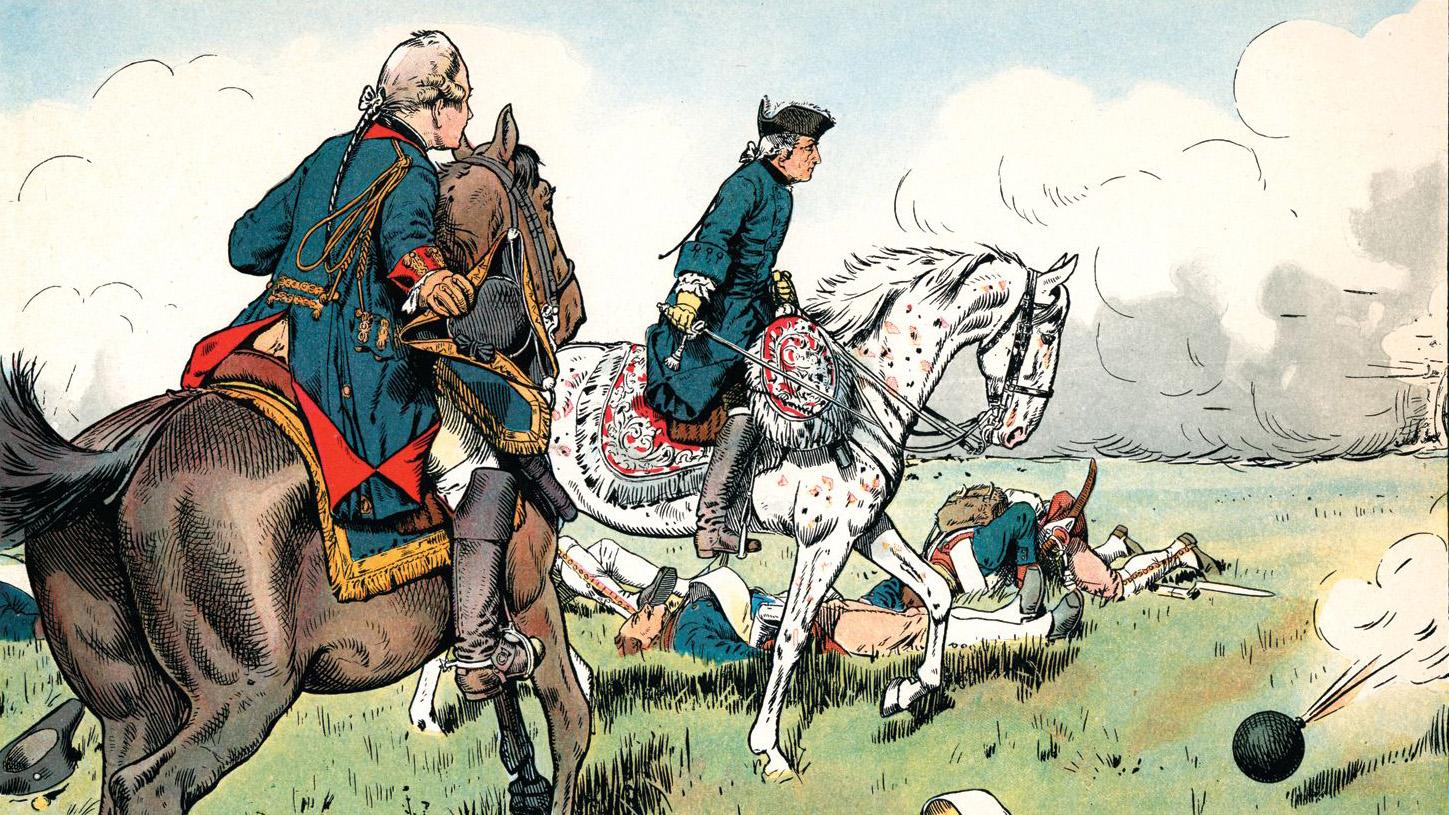 The Rivaly of Henry and Frederick

Prince Henry of Prussia was the man his older brother, Frederick the Great, wanted to be, thus planting the seeds for a lifetime of sibling rivalry.

This article appears in: January 2013

Handsome, urbane, and adventurous, Prince Henry of Prussia in many ways was the man his older brother, Frederick the Great, always wanted to be. Therein lay the seeds for a lifetime of sibling rivalry—a rivalry which, to be fair, the two men managed largely to overcome for the greater glory of their homeland.

Friedrich Heinrich Ludwig was almost 14 years younger than his famous brother, whom he called—not fondly—“the old man.” Like the king, Henry was small, handsome, and full of nervous energy. He was also gay, something their stern, unloving father had falsely suspected Frederick of being. Henry was forced into marrying Princess Wilhemina of Hesse-Cassel in 1752, but the couple quickly became estranged as the prince developed intimate friendships with a number of European actors, artists, and aristocrats, even installing his favorite, Major Kaphengst, at his estate in Rheinsberg.

Forced into the army by his father at the age of 12, Henry was promoted to colonel of the 35th Infantry Regiment by his brother when Frederick became king. Initially mocked by other officers as a “Colonel of Marionettes,” Henry eventually won their respect as a talented strategist and keen student of military science.

Left behind by Frederick at the beginning of the First Silesian War, Henry joined the king as an adjutant at the Battle of Chotusitz. During the Second Silesian War, Henry experienced his first actual combat when he commanded the garrison at Tabor that successfully fought off an Austrian raiding party. At the subsequent Battle of Hohenfriedeberg (June 4, 1745), the prince won rare praise from his brother, who wrote approvingly that Henry had “fought like a lion.”

Promoted to major general, Henry commanded an infantry brigade at the Battle of Soor, and conducted a brilliant defensive action on the army’s withdrawal. Again, Frederick was impressed, saying Henry had “distinguished himself to a high degree on our march, and his talents are beginning to be known in the army.”

Following the Second Silesian War, Henry petitioned the king for permission to widen his professional experience by joining a foreign army. Frederick refused, maintaining that the values of other European nations were so different from their own as to be valueless. It created a breech between the brothers for several years, during which time Henry kept busy drafting various plans for the defense of Prussia and writing his memoirs under the pseudonym “Marshal Gessler.”

During the Seven Years’ War, Henry served as a lieutenant general. At the Battle of Prague, the five-foot, four-inch prince narrowly escaped drowning when he leaped into a flooded trench to avoid Austrian fire. He was pulled from the water by his men, drenched but undaunted. He was slightly wounded at the Battle of Rossbach and spent much of the war suffering from various camp complaints—colic, cramps, fever, rheumatism, and inflammations of the eye.

The brothers’ sibling rivalry flared intermittently during the war, with Henry complaining that Frederick’s overly aggressive style was bleeding the army dry. After the Battle of Kolin, Henry wrote to their sister Amelia, accusing the king of putting his safety above his men’s by leaving the field before the battle was over. Frederick, he fumed, was “a wavering prince.”

Twice, at the Battles of Hochkirch (1758) and Kunersdorf (1759), Henry came to his defeated brother’s aid, saving the army and probably the nation with brilliant rearguard actions. As a mark of his esteem, Frederick named his brother the country’s regent-in-waiting and commander-in-chief, in the event the king died in battle. He did not, and Henry served out the war and then spent several years attempting to become a king in his own right, first in Poland and next in Wallachia. Again, Frederick frustrated his brother’s dreams. Remarkably, it was even suggested, perhaps by Baron von Steuben, that Henry become king of the United States. Thankfully, the offer was revoked before Henry could say yes.