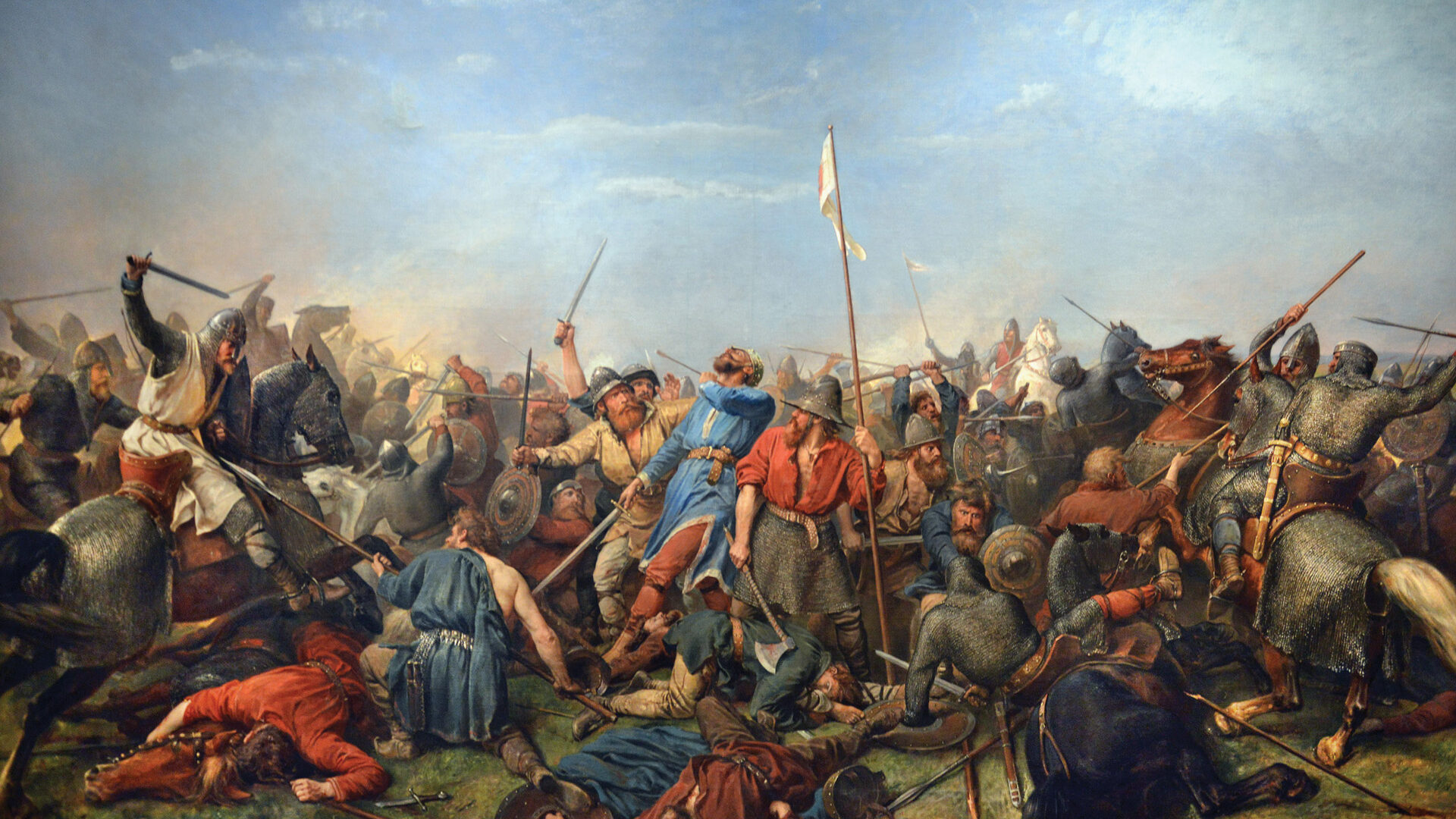 Vikings had the Tools and Traits to Succeed

This article appears in: November 2014

“The woeful inroads of heathen men made lamentable havoc in the Church of God in Holy-island, by rapine and slaughter,” reads the Anglo-Saxon Chronicle, referring to the savage sacking of the island monastery off the coast of Northumbria in ad 793.

Like a fast-moving storm, the Vikings began raiding northern Britain, Scotland, and Ireland in the last decade of the 8th century. Medieval writers put the raid on

Lindisfarne in the same category as natural disasters and believed, as they did with all disasters, that it was a punishment for transgressions against God. It was the first of many such disasters for the Anglo-Saxons, as the Vikings eventually swept through all of Britain, leaving only Wessex unconquered.

The passage of nearly 10,000 years since the end of the Viking Age makes it difficult for us to say with a high degree of accuracy much of anything about the Vikings. Some aspects of their style and means of warfare are known well enough to get a reasonable idea of that aspect. What cloaks their deeds is not only the limited amount of primary source documentation available to us, but also the shortage of archaeological evidence.

How they fought is understood well enough, but why the western Vikings, those from modern-day Denmark and Norway, expanded so rapidly remains a continuing realm of study and debate. For almost three centuries, from the Lindisfarne raid to the Battle of Stamford Bridge in 1066, the western Vikings plundered the British Isles, Frisia, Frankish lands, and other realms.

Medieval writers believed that the Vikings were bigger and stronger than other peoples. They also believed that climactic changes made it difficult for the Vikings to sustain themselves, which compelled them to plunder abroad. These theories have been proven wrong.

Like a river has many tributaries, so does the rise of the western Vikings and their invasions have many factors. One is that a long tradition of piracy existed in Scandinavia. Another is that inheritance laws favoring eldest sons forced younger sons to seek fortune abroad. Yet another is the technological advance of the Viking ship, or longboat, which facilitated fast-moving seaborne raids.

The Vikings were unequalled at the time as seafaring men, and their longships were a key factor in their success. With their ornately carved prows, their oars and square-rigged sails, their long keels and shallow drafts, the longships were the perfect vessel to swoop down on unsuspecting and vulnerable coastal and river settlements.

Generally less than 100 feet long, with about 16 oars on each side, and bearing crews of 60 to 90 men, the oak-plank longships could land on beaches and could carry their crews far inland. A small raid might involve as few as a half dozen ships. A large expedition in the latter days of the Viking Age required several hundred ships. Of particular note was the epic raid that began in ad 859 in which the Vikings sailed through the Straits of Gibraltar and fought their way 200 kilometers up the Rhone River to Valence.

Besides their supremacy at sea, the Vikings also were successful in land warfare. The western Vikings benefited from strong leadership, and they exhibited great courage and resourcefulness. The element of surprise, which was enabled through the stealth-like characteristics of their long ships, also contributed substantially to their success. They fought on land primarily hand to hand with double-edged swords for slashing and battleaxes. They used round shields, helmets, and leather jackets or mail for protection. Although they engaged mostly in raids and skirmishes, a few large battles occurred, such as Brunanburh (937), Maldon (991), and Clontarf (1014).

The western Vikings were polytheistic; Norse religion was a subset of Germanic paganism. The gradual conversion of the Vikings to Christianity in the 10th century heralded an end to their previously separate and unique political and religious identity. But their influence was by no means marginalized by this, for by that time they had settled in many areas, such as northern France and Sicily, where they would become assimilated with other peoples and have a profound effect on the course of European history in the centuries that followed.