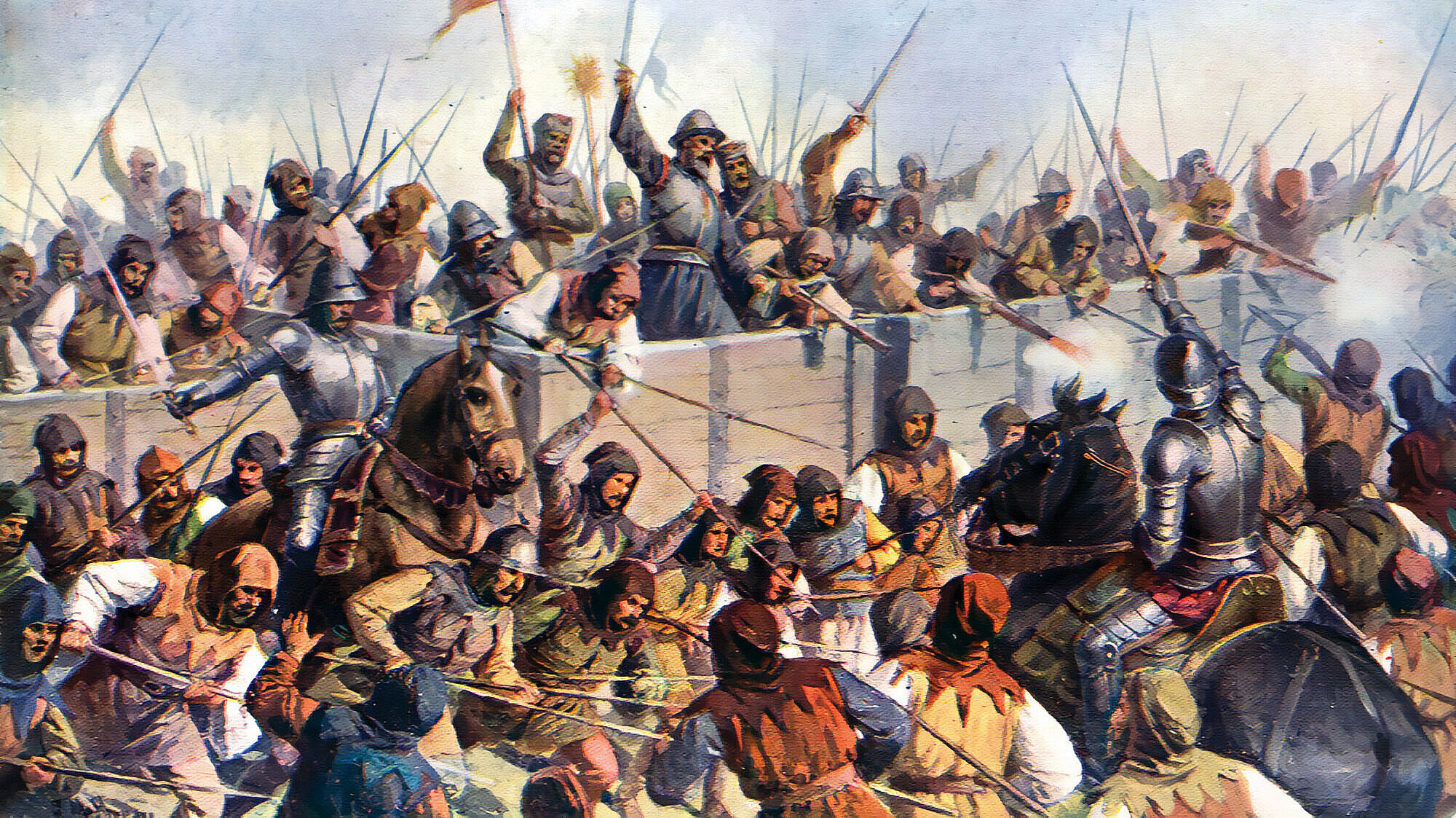 The 15-year-long Hussite War erupted in Bohemia in 1419 between the followers of martyred Czech theologian Jan Hus and the Roman Catholic Church. Pope Martin V proclaimed a crusade against the alleged heretical Hussites.

Hussite captain Jan Zizka engineered a string of impressive victories against the Catholic crusaders. He employed wagonbergs in battle as a way to offset the numerical advantage enjoyed by the crusaders.

Crossbowmen (and later handgunners) deployed inside the wagons and fired their weapons through loopholes. Peasant foot soldiers armed with halberds and flails fought in the space between the wagons to prevent attackers from breaching the perimeter.

Zizka’s successor Prokop the Bald carried the war into Silesia, Saxony, and Franconia in order to devastate the lands of the Germanic lords who crusaded against the Hussites.

A civil war arose late in the conflict between the radical Taborite and moderate Utraquist factions of the Hussites. Prokop, who was a Taborite, died in the Battle of Lipany in 1434 when a Catholic-Utraquist army prevailed over the Taborites. 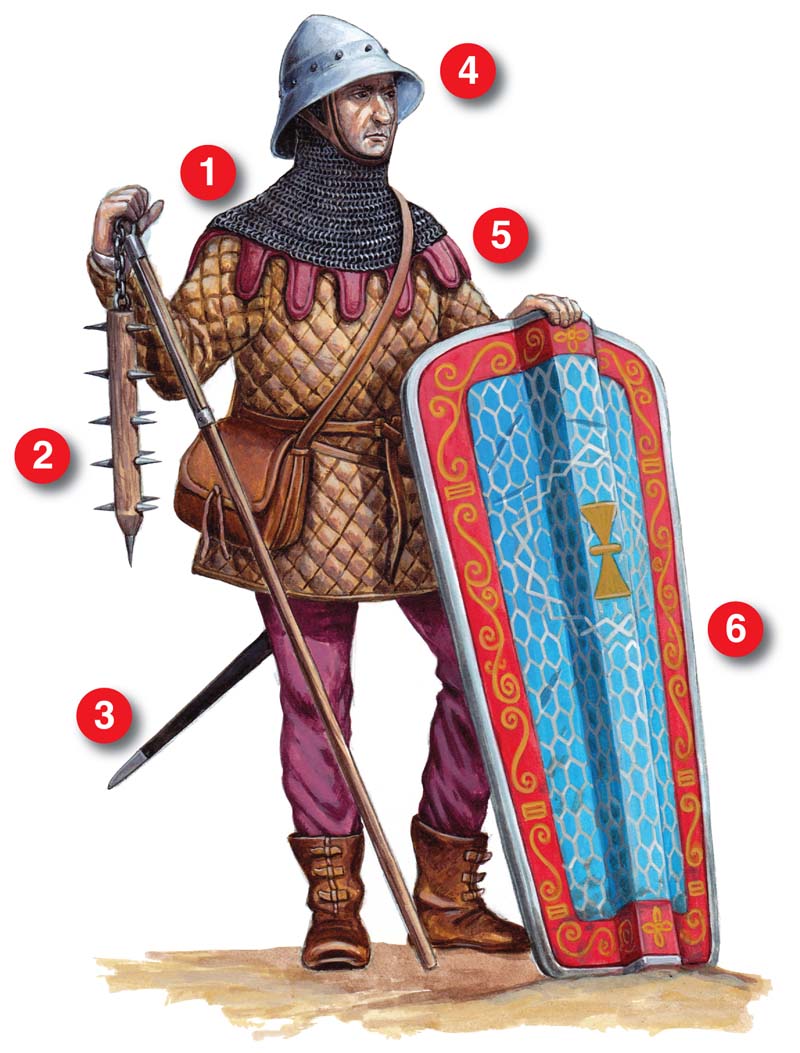 1. Mail Coif: This costly item was likely battlefield booty from a fallen crusader knight or sergeant. Early victories enabled the Hussites to gather equipment and weapons from their wealthier and better-armored foes.

2. Flail: Hussite peasants converted their crop threshers into pole weapons known as flails.  A short length of chain attached the club-like head to the shaft, and swinging the shaft transferred great velocity to the head. Nails were frequently driven into the head, or the owner would replace the existing head with an iron-banded one.

3. Sword: Foot soldiers carried swords or daggers as sidearms to be used as secondary weapons or to quickly and efficiently dispatch a fallen knight. One inexpensive type of sword was the single-edged falchion.

4. Kettle Hat: The broad-brimmed iron kettle hat was the typical helmet of nearly all German and Czech foot soldiers in the late medieval period. The crown might be rounded or angular, coming to a point or ridge. Some helmets extended down to the nose and had eye openings.

5. Jerkin: The quilted jerkin, or gambeson, was used by peasant militia throughout Western Europe. It was thickly padded to absorb blows from hand weapons during melee combat.

6. Pavise: Hussite foot soldiers used these rectangular wooden shields in defensive fighting. They were occasionally covered in leather, and provided good protection against enemy arrows and crossbow bolts. Soldiers were often detailed to use their pavises to protect archers and crossbowmen during battle.