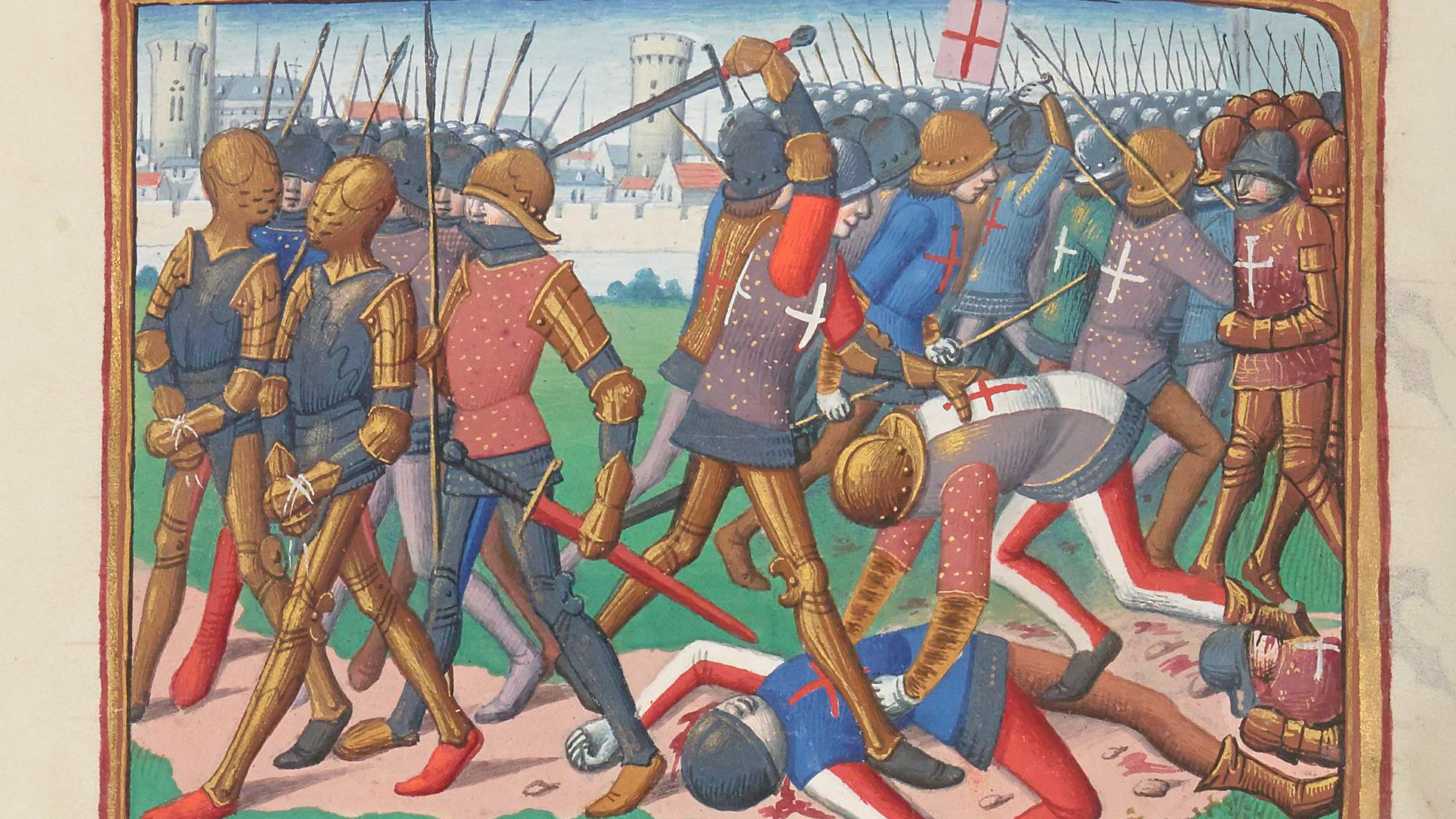 Three Key Battles Before the Siege of Orleans

This article appears in: September 2018

Following English King Henry V’s decisive victory over the French at Agincourt in 1415, the tide of the Hundred Years War in France remained in England’s favor until the Siege of Orleans. Over the course of the next 13 years, English arms continued to hold sway over French arms. Henry’s achievement unnerved the French and they generally remained on the defensive.

The first inkling that the French might be able to reverse the tide of war during its final phase occurred when an exhausted Henry returned to England in early 1421. Henry left his brother, Thomas, Duke of Clarence, as Normandy’s regent, despite his inexperience as a commander.

Clarence had 5,000 men with which to wage offensive war. Determined to make a name for himself, Clarence launched a chevauchee into adjoining Anjou. Two years earlier a Scottish expeditionary force had arrived to assist the hard-pressed French. They just so happened to be in the region. Seeing an opportunity for a victory, John Stewart, Earl of Buchan, led the 6,000-strong Franco-Scottish army north from Touraine into Anjou.

Clarence acted precipitously without knowledge of the enemy’s true strength. On March 22, 1421, he attacked Buchan at Bauge with his mounted vanguard, which was only a fraction of his force, without waiting for his archers to catch up. After an inconclusive charge, the English dismounted to press their attack on foot. Buchan’s archers unleashed a devastating hail of arrows and the French and Scottish men-at-arms encircled the English. Clarence fought bravely but was slain. The English withdrew. Bauge was a badly needed victory for the French, but it was more a result of Clarence’s incompetency as a commander than a triumph of Franco-Scottish arms.

Hard times awaited the French in the years immediately following Bauge. A major clash unfolded near the Burgundian town of Cravant on July 31, 1423, that pitted an Anglo-Burgundian force under Thomas Montague, Earl of Salisbury, against a Franco-Scottish force led by Count Louis of Vendome and Buchan deployed behind the River Yonne. Once again the Franco-Scottish army had the larger force, but this time the English had their full complement of archers on hand. What is more, the Burgundians deployed 30 veuglaires (primitive iron cannons). Lord Robert Willoughby, a veteran of Agincourt, drove a wedge with his English troops between the French and Scots. The French fled leaving the Scots to face the enemy alone. Anglo-Burgundian arms triumphed.

Lastly, the English victory at the Battle of Verneuil on August 17, 1424, resulted in even more devastating results for the Scots and was therefore dubbed the “Second Agincourt.”

Following the death of his brother King Henry V, Duke John of Bedford arrived in France to take control as regent of the English forces in Normandy where the enemy had taken control of the town of Verneuil. In attempting to recapture the town, Bedford’s 8,000 men faced a 14,000-strong Franco-Scottish army, replete with Milanese mercenaries.

Bedford deployed archers on both flanks and in a mobile reserve around his baggage carts. The French and Milanese cavalry skirted the archers on both wings, and briefly seized the baggage carts. But the mobile reserve counterattacked routing the cavalry. Meanwhile, Bedford whipped the French in front of him and swung into the rear of the Scots. The English prevailed in spectacular fashion, destroying half of the enemy army.

Four years later, the English besieged Orleans. With their troops continuing to prevail in the majority of the clashes of the war, they had every reason to be confident. But they were beginning to experience serious manpower shortages that hampered their ability to stay on the offensive.

As for the French, they needed a miracle to put their arms on par with the English. Enter the Maid of Domremy, whose leadership, enthusiasm, and confidence changed the trajectory of the war.