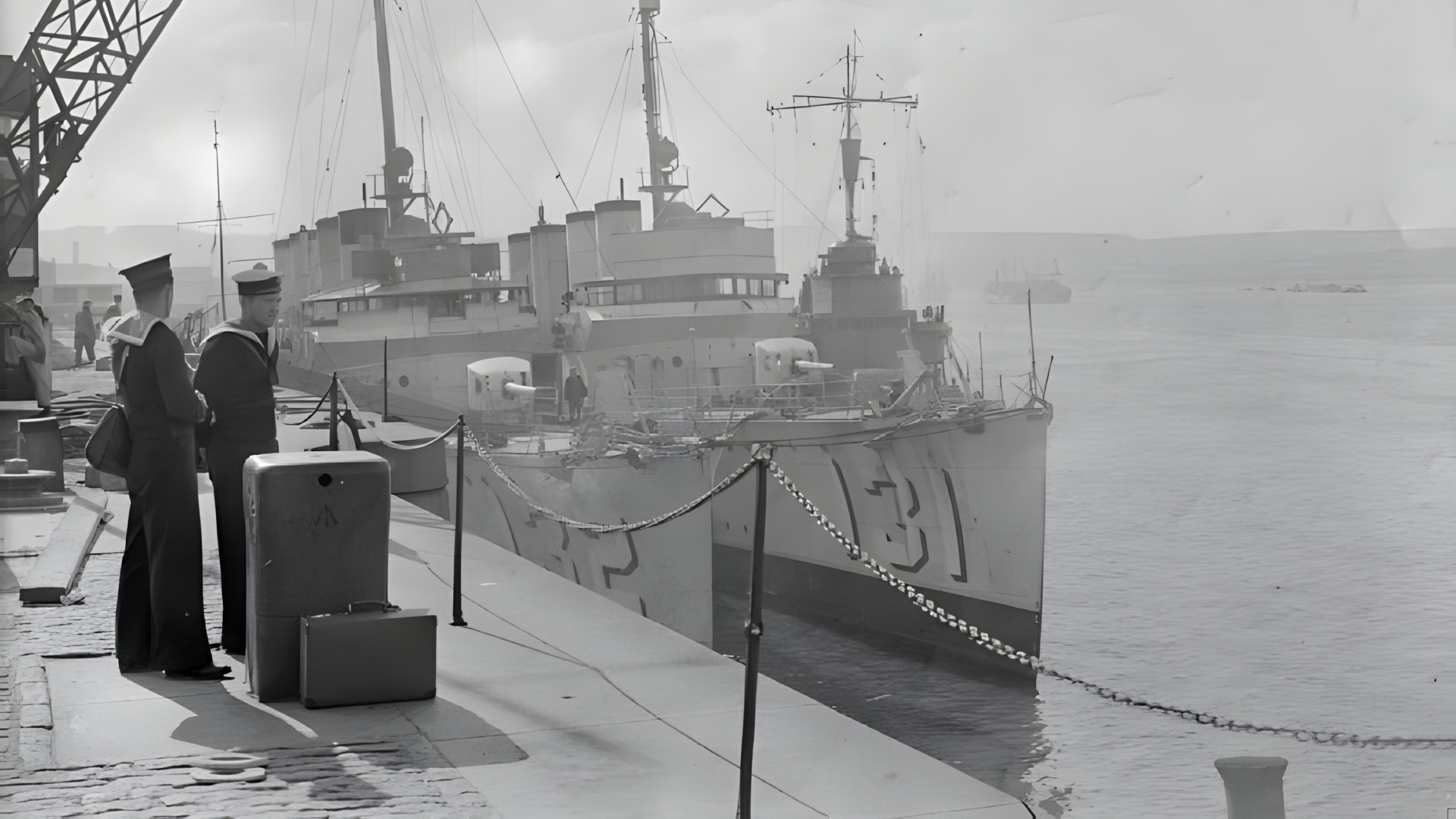 The USS Buchanan achieved lasting fame with another navy and under another name.

The destroyer USS Buchanan (DD-131) was struck from the U.S. Navy roll on January 8, 1941, after being delivered to the British Royal Navy four months earlier to conclude the “Destroyers for Bases Deal,” a critical element of the Lend-Lease program. Renamed the HMS Campbeltown, the ship was packed with explosives and destroyed when it rammed the huge drydock at the port of St. Nazaire in Nazi-occupied France.

By the time of the St. Nazaire Raid in March 1942, the Campbeltown was well past her prime. So, a fitting end would be to strike a blow against the Nazis and disable the only drydock large enough to service the behemoth German battleship Tirpitz.

In her heyday, however, the warship, which was originally the Wickes-class destroyer USS Buchanan, served with pride during the years between the world wars. Constructed at the Bath Iron Works in Maine, its keel laid on June 29, 1918, followed by its launching the following January, the Buchanan was a 1,260-ton vessel that bristled with armament, including four 4-inch main guns, a secondary 3-inch weapon, and two banks of 23-inch torpedo tubes. The ship was slightly more than 314 feet long and its beam was just over 30 feet. Four boilers and geared turbines produced a top speed of 35 knots.

The destroyer had been named for Admiral Franklin Buchanan, an officer of the U.S. Navy who had sided with the Confederacy during the Civil War and commanded the ironclad CSS Virginia (formerly the USS Merrimack) during its epic duel with the Union Navy ironclad Monitor in Hampton Roads in March 1862. The USS Buchanan sailed the Caribbean and later the Pacific during the early 1920s before being decommissioned and placed in reserve at San Diego, California, for eight years from 1922 to 1930. In and out of full commission two more times during the 1930s, the Buchanan sailed to Alaska and was stationed along the Gulf of Mexico, patrolling off the coasts of Florida, Cuba, and Texas.

A year after Great Britain declared war on Nazi Germany, the old destroyer, whose career had been wholly unremarkable to date, was sailed to the port of Halifax, Nova Scotia, and decommissioned for the final time on September 9, 1940. Renamed HMS Campbeltown, the destroyer escorted Atlantic convoys and played cat and mouse with German U-boats, sometimes picking up survivors from torpedoed merchant ships.

When the Campbeltown’s number came up, it was determined that the old destroyer would serve a rather unique purpose as the centerpiece of the daring commando raid on St. Nazaire. Although its career had involved very little of note to that time, the destruction of the great drydock indeed left its mark on history.

After the end of World War II, the bell of the old HMS Campbeltown, once the sleek USS Buchanan, was given by the British government to the city of Campbelltown, Pennsylvania, in a gesture of appreciation for the Lend-Lease program which had undoubtedly saved Britain from collapse when the island nation had stood alone against Germany.

From obscurity during the interwar years, the USS Buchanan had rendered valuable service to the Allied cause. Although its original name and career in the U.S. Navy are largely forgotten, HMS Campbeltown is remembered for the heroism of those who undertook one of the riskiest missions of World War II and paid a heavy price for success.