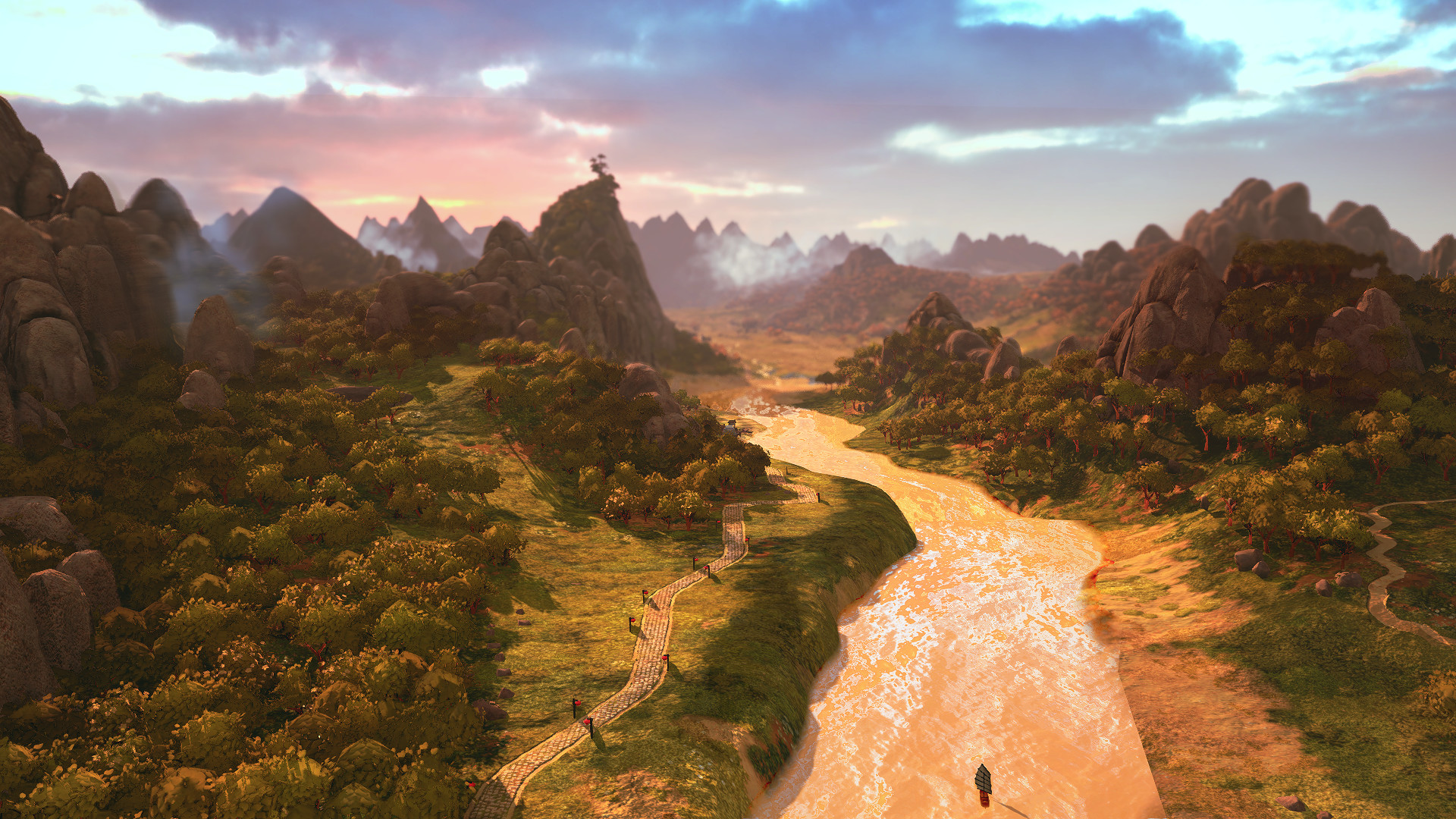 Creative Assembly’s Total War series has been running since the debut of Shogun: Total War back in 2000, spiraling through plenty of historical eras in the intervening years. From Medieval: Total Rome to the more recent Total War Saga: Thrones of Britannia—and even some purely fictional outings on the side with games like Total War: Warhammer—a lot of ground has been covered. Next year, however, marks another first for the series with the launch of Total War: Three Kingdoms, which finally takes on the epic conflict across ancient China.

Set in China around 190 ce, Three Kingdoms puts players in a tumultuous time during which the fractured land seeks out a new emperor. The power to unite China under you own rule is right at the tip of your fingers, but building such a lasting legacy won’t come without its own price. With 11 legendary Warlords to choose from and plenty of heroic characters willing to throw their swords and spears over to your side if necessary, you’ll have to balance your burgeoning rule across the equally important economic, political, military, and technological fronts. 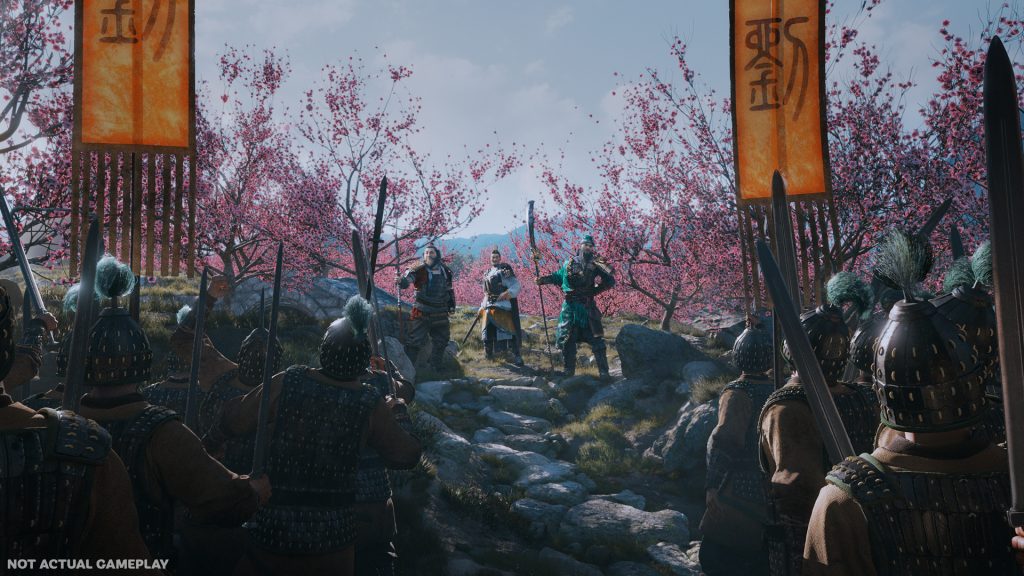 There’s a mix of real-time and turn-based combat at play in Three Kingdoms, and the actions you take during the real-time battles will have greater consequences than they did in previous entries. They can impact the way your Heroes feel about you, altering the course of those relationships as well as those the Heroes develop with friends and rivals alike. Cultivating and maintaining alliances is one of the keys to success in the overarching campaign, and the champions that emerge will ultimately shape the future of the Three Kingdoms.These nuances are brought to life thanks to Creative Assembly’s Guanxi system, which echoes the Chinese concept of dynamic inter-relationships. With this system at play, the heroes within all have their own idiosyncrasies, from personal motivations to the minutiae of their likes and dislikes.

The natural beauty of ancient China is on full display, with plenty of iconic landmarks such as the Yangtze River and Great Wall of China lovingly depicted with a particularly artful flourish. Both the user interface and the overall design of the visuals are inspired by an authentic Chinese aesthetic, so it’s going to be a treat to see how it all unfolds visually over the course of the story and the game’s multiplayer components. 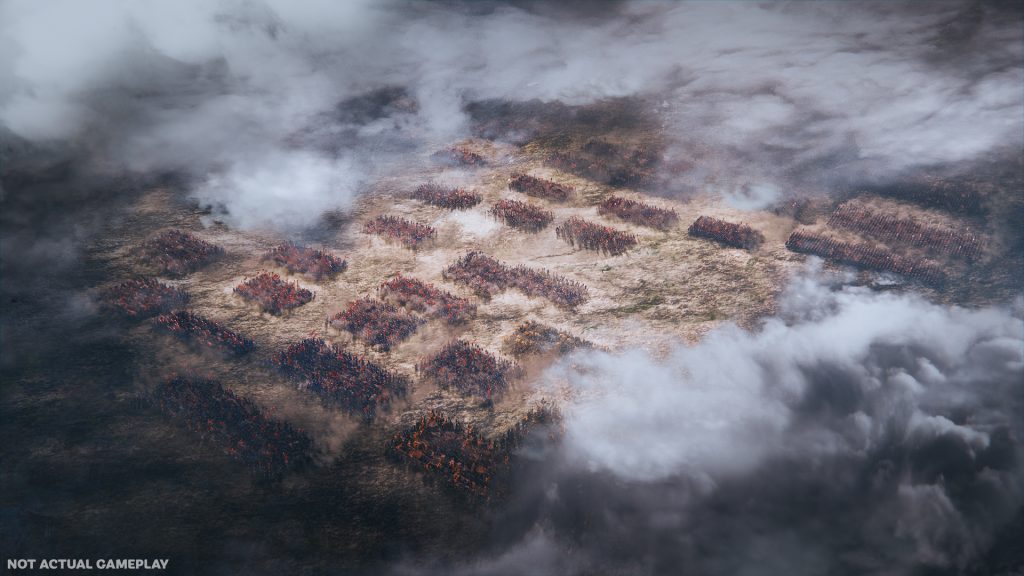 At the time of this writing, Total War: Three Kingdoms is very much in the later stages of development leading up to its 2019 launch. There are already some interesting bonuses on the horizon, too, including campaigns that offer additional Warlords to incentivize pre-orders. The Yellow Turban Rebellion bonus, for instance, adds He Yi, Gong Du, and Huang Shao into the mix along with three new hero classes: Healer, Scholar, and Veteran. There are also new weapons and pieces of armor for each hero, as well as character skills related to Taoism’s three virtues: Frugality, Compassion, and Humility.

One would imagine that this and any other pre-order bonus will eventually be available to purchase after launch. Hopefully that doesn’t mean Three Kingdoms will have a bunch of content splintered and gated off in various ways, but only time will tell. For now, we’re excited to see how Three Kingdoms advances the Total War series through distinct visuals and some fresh new ideas.